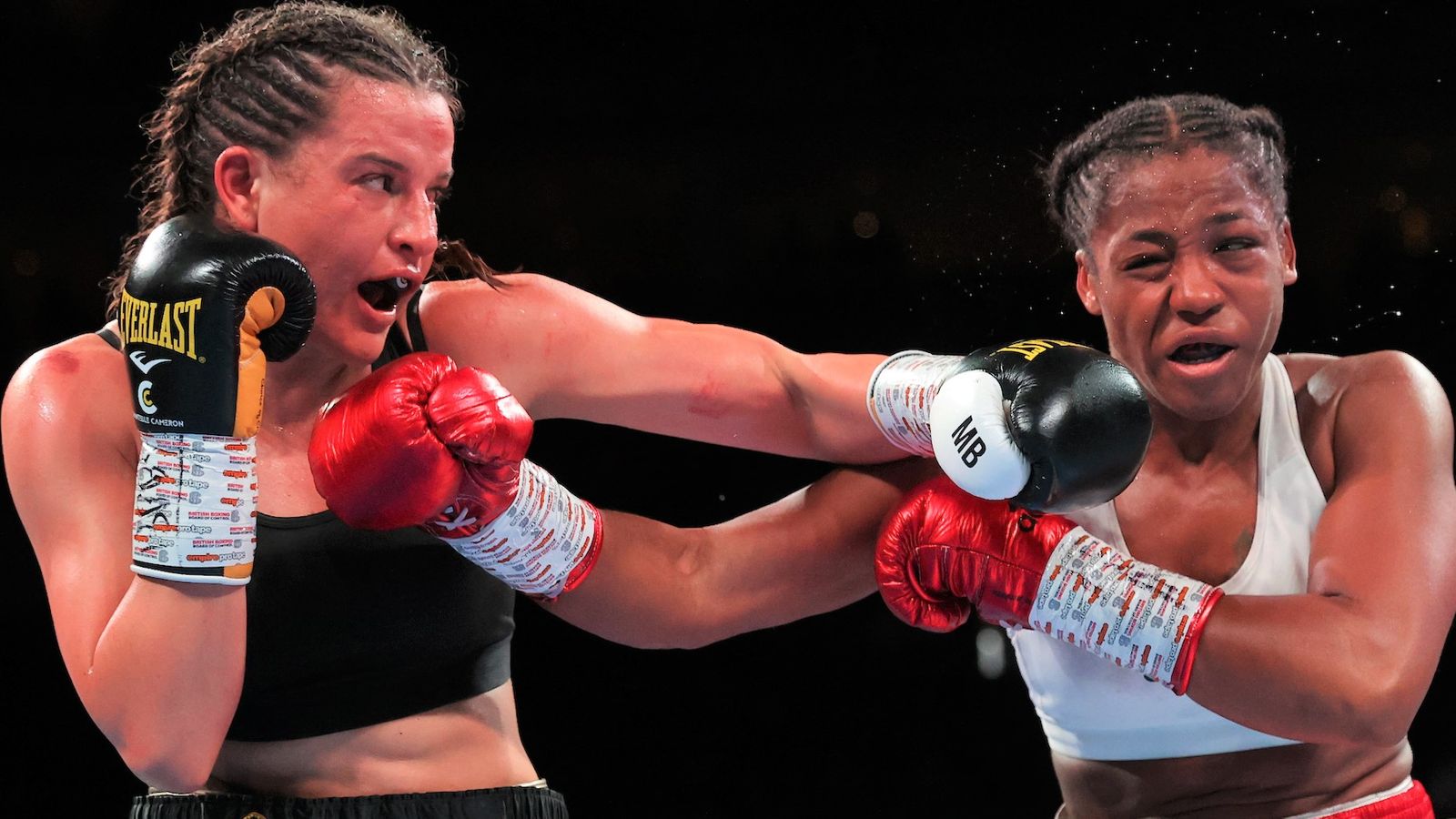 Chantelle Cameron united the WBC and IBF Ultra Lightweight titles by defeating Mary McGee with the leading points at The O2.

On the bottom card, Croatian heavyweight Alan Babic extended his run of 10 consecutive knockouts with a quick win over Eric Molina.

Molina put up little resistance after falling to the ground for the first five seconds, then shriveled on the canvas over and over before the fight was halted in the second round.

Earlier in the evening, heavyweight Johnny Fisher extended his undefeated record to four wins with a second-round victory in an injury stop.

He brought down the Spaniard “Romford Bull” on three occasions before the referee waved at him.

Craig Richards also suspended Marek Matega in the sixth round to bring himself back into contention for another world title.

The south Londoner, who lost on points to WBA champion Dimitri Bevol in May, hit his Polish opponent with a sustained attack to force the referee to intervene.