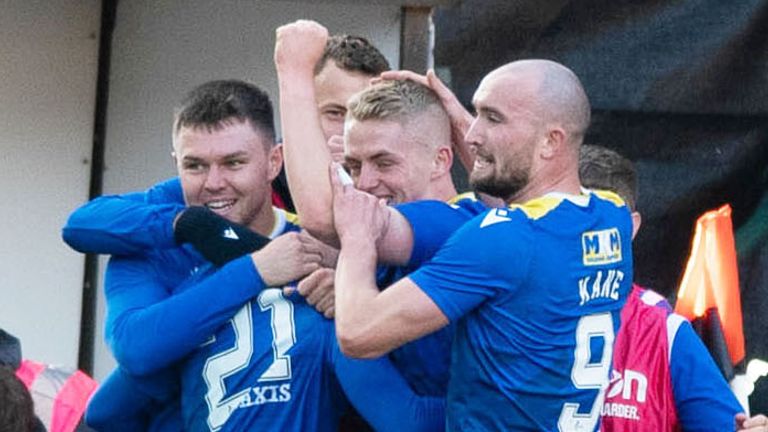 St Johnston finished a three-game winless run in the Premier League as Ali Crawford’s first-half effort was enough for a 1-0 win over Dundee United at Tanades.

United had plenty of chances to draw, but was repeatedly blocked by Saints goalkeeper Zander Clark, who put on an inspiring display between the sticks.

As a result, St. Johnston advanced to ninth in the table, but the defeat ended the hosts’ career seven games unbeaten in the league.

Before kick-off, there was a minute of applause for the late Rangers manager Walter Smith who also played and coached with distinction at United.

How the saints ended their losing path

The hosts hit the first shot on goal in the ninth minute, but Dylan Levitt’s long-range shot went straight to goalkeeper Clark, who collected the ball comfortably.

However, it was St. Johnston who took the lead in the 17th minute when a steal from United’s Jando Fox made the most of Crawford, sending a superb 20-yard ball into the bottom corner after diving Benjamin Siegrist.

Tangerine’s side struggled to react but in the end had a great chance of equalizing in the 29th minute. Levitt hit a corner from the right as Ryan Edwards headed a powerful header into the net but Clarke made a stunning save to deny the defender.

Perth’s men had a great opportunity to increase their advantage just two minutes into the second half, but Michael O’Halloran’s calmness saw him advance inside the penalty area and shoot his high and wide shot.

However, the home owners started to build up some pressure on the clock as Clarke produced another great reaction save for a header by Edwards before Ian Harkes parried a powerful shot.

Soon, Nicky Clark found himself with time and space in the Saints square but sent a header over the bar when he should have really hit the target.

Then the namesake between St. Johnston’s sticks made another superb one-handed stop to drive away a header from substitute Peter Paulet who looked certain he would end up in the net.

The Saints had to dig deep to keep their lead but as time went on, United became increasingly desperate to find an equaliser.

That man denied Clarke again in the 84th minute with an incredible double stop from Paulette’s shot and Clark’s header. Just seconds before the final whistle, guard Clark denied giving his name again.

Dundee United coach Thomas Curtis: “Unfortunately for us we couldn’t get the ball across the goal line today. In the first 45 minutes we were pedestrians, so I’m really disappointed with that and I know the players are too.

“We had no momentum in the first half but still had the best chances of the match, especially from set pieces. In the second half, we showed what we are up to, but for the great goalkeepers, we are at the back of a bad result.”

St Johnston Director Callum Davidson: “He was another energy expert. We have Celtic, Hearts and Dundee United in seven days and we had some injuries too so we stuck well.

“The first half we were good and the defender is good in the second with some excellent saves from Xander Clarke. It just shows why he’s in the Scotland squad and I hope Steve Clarke is watching today.”