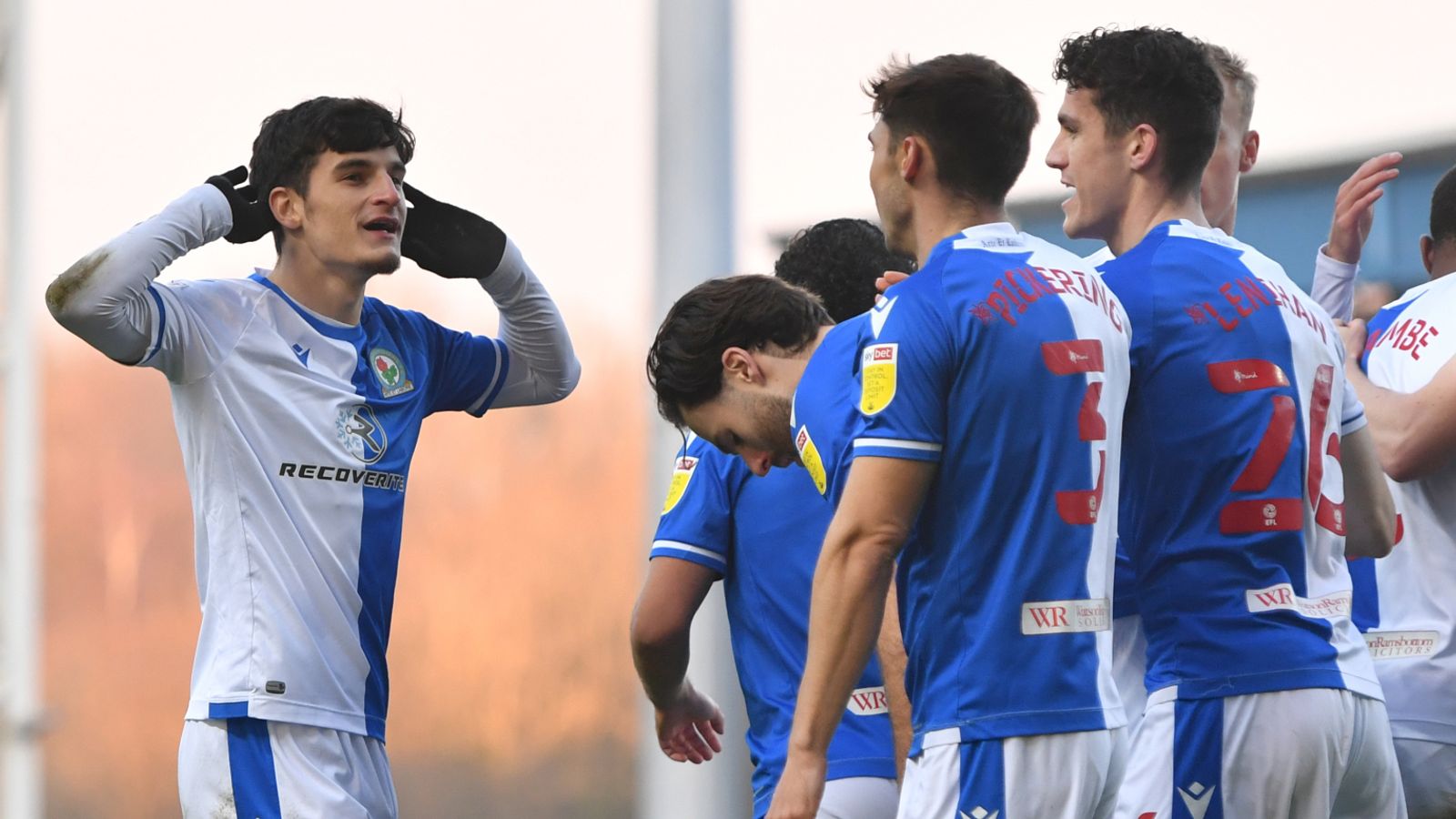 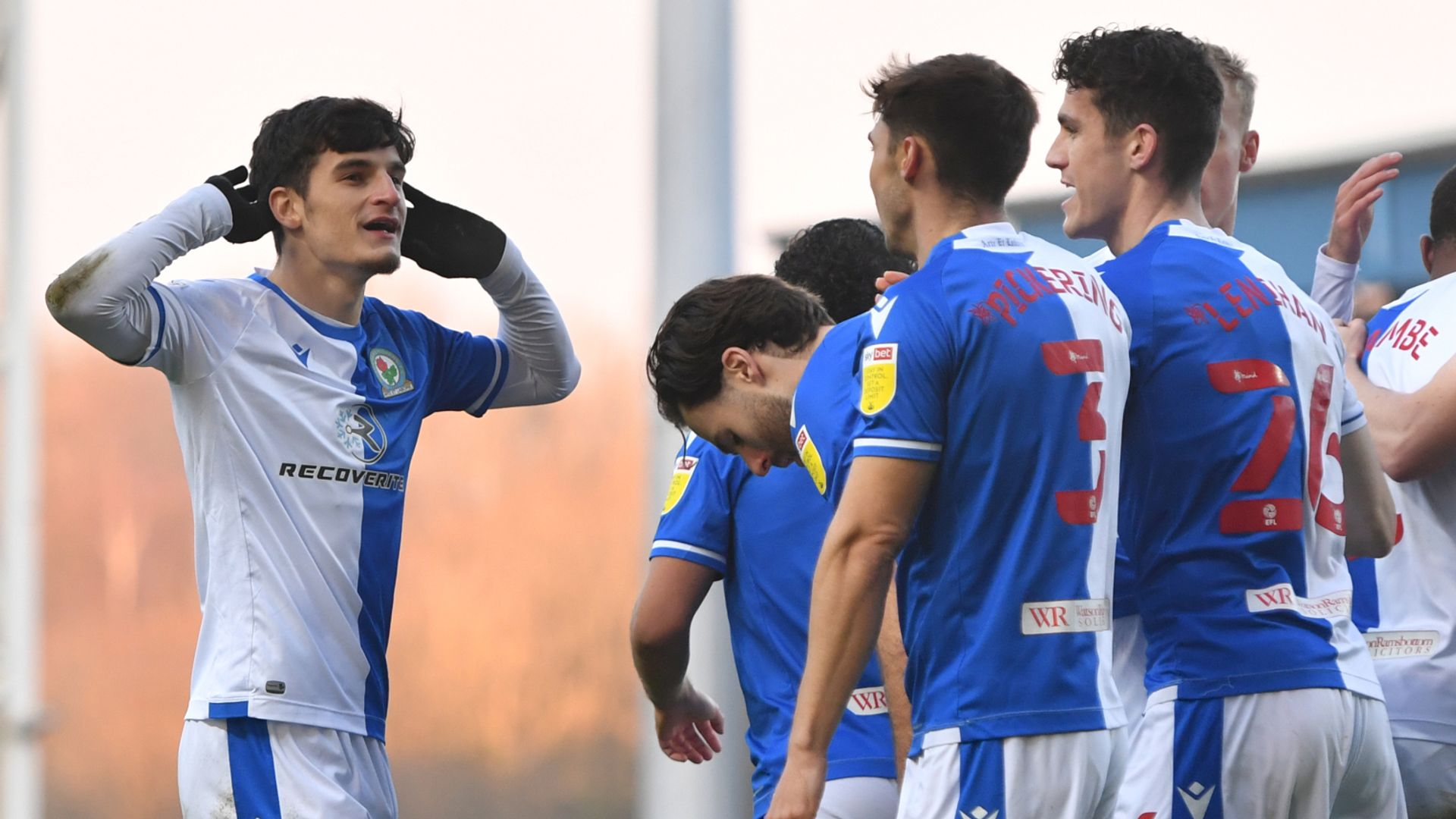 Blackburn surged above West Bromwich Albion to finish third in the Sky Bet Championship table after a crushing 4-0 win over Birmingham at Ewood Park.

After a disappointing 0-0 draw with struggling Barnsley on Friday night, Tony Mowbray’s side knew what a win would do to their automatic promotion hopes and were ahead six minutes later when John Buckley fired past Mateja Sarkic.

Reda Khadra added a second less than 10 minutes after the start of the second half, before Ben Brereton Diaz scored a penalty kick that he got after an hour, which is his twentieth goal with club and team so far this season.

The Chile international then added a fourth when a cross rebounded from the left of Christian Pedersen’s sliding pass, allowing him to cross the goal line to conclude a successful back.

In the early game of the day, Bournemouth missed the opportunity to move above Fulham to the top after losing 1-0 to Middlesbrough at Riverside.

Although the Cherries had many chances to hurt their host, the match was decided by a penalty kick from Andraz Sporar, after Jaidon dropped Anthony Isaiah Jones in the 18-yard box, leaving Scott Parker unwinned at six.

Nottingham Forest continued their good form under Steve Cooper and extended their unbeaten run to nine matches with a 2-1 victory over Hull.

Ken Lewis Potter had given the rookie Tigers the lead just before the break, but the home hosts called in and sank their opponents after goals from Louis Graban and Brennan Johnson.

Blackpool also had an impressive fight to defeat Peterborough 3-1 at Bloomfield Road.

Peterborough – who had lost 10 of their previous 11 away games this season – took the lead when Seriki Dembele rounded goalkeeper Dan Grimshaw and went home, but Keshi Anderson halted his momentum when he equalized shortly thereafter.

In the final five minutes of the match, Sonny Curry and Jerry Yates made sure of a comfortable victory.

Within 120 seconds of kick-off, Robins had Nigel Pearson ahead and got another boost when goalkeeper Daniel Bentley saved a penalty kick from Danny Ward.

But Duane Holmes scored a superb solo goal before the break, with Daniel Sinani Ward then scoring within nine minutes of the second half to turn the game on its head. Faymann came into injury time in the second half, but it was nothing more than a consolation.

Rotherham maintained a two-point lead at the top of Sky Bet League One with a 1-0 win over Cambridge at Abbey Stadium.

It was a conflicting match that was settled with just one goal, with Dan Parlaser scoring the winning goal in the 66th minute.

At their heels – and with a match in hand – there is Wigan, who was forced to win 3-2 at Oxford.

Will Keane gave Leam Richardson’s men the lead after just eight minutes, before Max Power doubled the advantage just half an hour later. But Ryan Williams pulled one back in 60 seconds and it was 2-2 after 59 minutes when Matt Taylor scored.

But the Latex went up and finally took the three points thanks to James McClain in the last few minutes at Kassam.

Sunderland was denied the opportunity to equalize on points with second-placed Wigan after their 1-1 draw with Ipswich.

The Tractor Boys celebrated the appointment of new manager Kieran McKenna by taking the lead thanks to James Norwood, but Nathan Broadhead responded to take a share of the spoils for the black cats.

Plymouth earned their first league win since November 13, as Kieran Agard’s first-half goal helped them secure a 1-0 win over Charlton at Home Park.

Elsewhere, Shrewsbury – who finished with 10 men after a red card for Tom Bloxham – beat Cheltenham 3-1, while Morecambe and Fleetwood tied 0-0 at Mazuma Stadium.

The Yu striker scored the only goal of the match after the half-hour mark when Omar Bugil managed to get past him and calmly pass goalkeeper Dean Buzanes.

Jake Beasley scored two goals to help Rochdale finish their six-game streak undefeated in a 3-0 win over Newport at the Crown Oil Arena.

The first goal came when Conor Grant took the shot and Beasley fired from the edge of the area and found the bottom corner.

He secured his second penalty kick after Corey O’Keefe was brought down in the penalty area, and Liam Kelly finished third in late to wrap up all three points for Dale.

Tranmere racked up four wins on the tour thanks to a Jay Springs shot in the space of an hour to beat Leyton Orient 1-0 at Brenton Park.

Josh Hawkes put him on the tee for a Spearing on the edge of the penalty area who blasted his effort into the top corner to condemn Orient to their second defeat in a row.

Salford returned to winning ways with a 1-0 win over lowly Stevenage at the Peninsula Stadium.

The goal came just half an hour later when Ash Hunter found Jordan Turnbull at the back post and nodded from close range. Stevenage has now won six matches across all competitions.