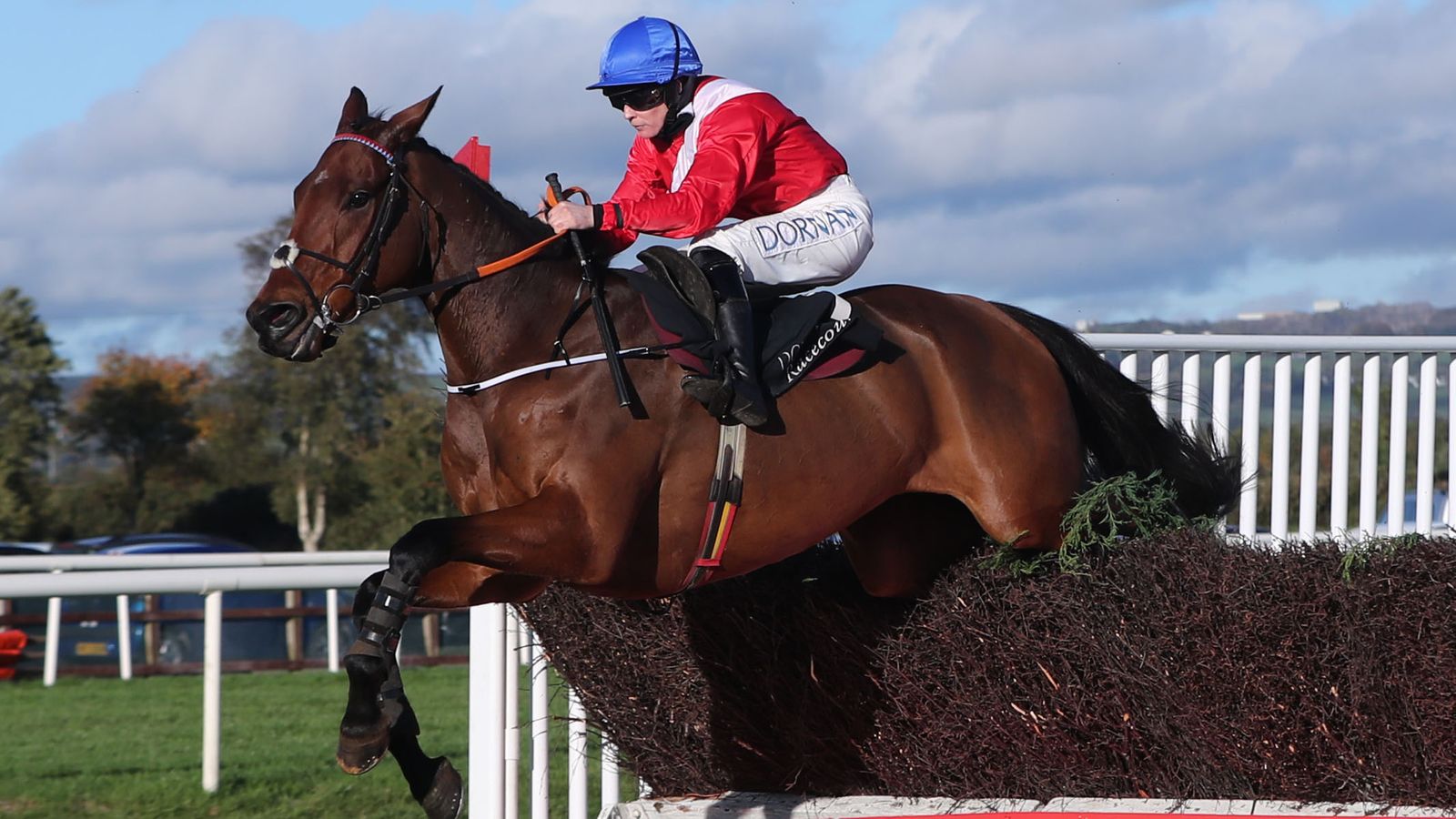 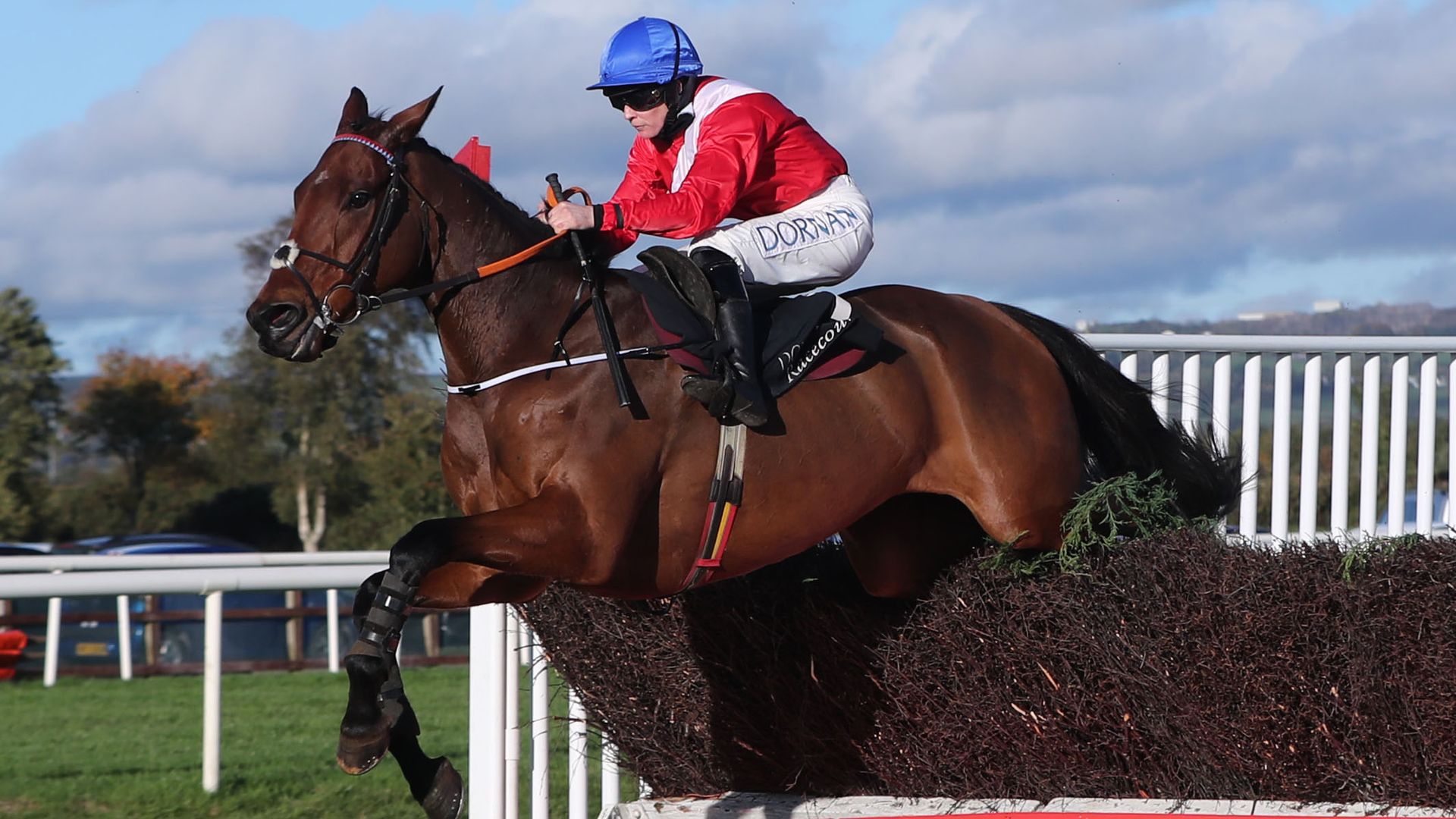 Envoi Allen put a terrifying end to last season behind him as he returned to action with comforting success at Join Racing TV Chase at Down Royal.

The seven-year-old was unbeaten in 11 races to Gordon Elliott, which included first-class glory at the bumper company as well as getting past hurdles and fences, before being transferred to the sponsorship of Henry de Broomhead by Cheveley Park Stud owners last March.

He then suffered a surprise defeat when he crashed as the Marsh Novices’ Chase favorite at Cheltenham Festival before trying to redeem himself in Punchestown, being pulled with two fences to jump into Champion Novice Chase.

It was later revealed that Envoi Allen had broken a joint, which required surgery, but he did not show any ill effects as he did under Rachel Blackmore’s supervision in this second-degree case.

Coko Beach pressured Envoi Allen during the first part of the race, but when Blackmore gave the signal before the second final fence, Envoi Allen picked up gear and quickly pulled out, jumping the last fence in isolation before being tempered for a 22-length win as a 4-11 best.

Coral has made Envoy Allen a 7-1 chance for the Cheltenham Gold Cup next year and de Broomhead believes his mission is now back in shape.

He said: “It’s great to have him back. Unfortunately things obviously didn’t go well for us – obviously at Cheltenham and then also in Punchestown.

“I haven’t seen him before but he must have hit the fence pretty hard (at Bunchestown). He had a little chip that Jerry Kelly took off and it’s great to see him get back on track and I’m happy with Cheveley Park.

“He was a genius.

“To be honest, I thought he was going to Cheltenham, maybe very well – very fresh and in good health. It was unlucky and Punchestown was not for us again.

“It’s nice to start over and to start over like this. He jumped brilliantly and you can tell by the smile on Rachel’s face the uproar it made.”

“He’ll go ahead after that. I’ve been so focused on this that I haven’t discussed anything but John Durkan would seem to him a very clear race.”

When asked about moving up to three miles and beyond, de Broomhead added, “We’ll see. He’s a fast-paced horse and I’d say he can go in any direction.”

Gordon Elliott won the Value Cabs 3yo Hurdle for the fifth time in seven years when rookie Phil Doer pulled out.

Second in his only Tour of France, he is sure to rank high among the events category this season given what the previous winners of this race have achieved.

Showing the likes of Espoir Dallen and last year’s winner Quilixios what kind of animal is normally required to win, Davey Russell wasn’t worried about the 5-4 joint candidate.

“He’s a fair horse and he’ll be good at overcoming juvenile hurdles this year,” Elliott said.

“He was impressive and he is a good horse. I love the way he did, he will be very comfortable during the most important race.

“He might go for a graded race at the Fairyhouse.

Mighty Potter (preferred 4-9) confirmed it was a quick and short Elliott price duo at the Tayto Group Maiden Hurdle.

Another race with the illustrious honor roll, Envoi Allen and Ballyadam were the last winners, with Jack Kennedy on board this time.

The great Potter was moving better than his fellow Greek stablemate when he finally crashed, allowing the winner to go home 29 distances.

Russell was on The Greek and twisted his knee in the fall, forcing him to give up the remaining ride.

Russell then missed a winning run as Kennedy stepped in to lead Esquilan (joint candidate 4-1) to victory at the Emma Kleenex headcap clinics, giving Elliott a triple in the opening race.

“Jack has given him a great ride, and it’s a pity that David (Russell) couldn’t ride it,” Elliott said.

“He’s been raised to survive and earn a good deal, which is great.

“He’s in Greatwood but we’ll see, we might keep him away for Christmas.”