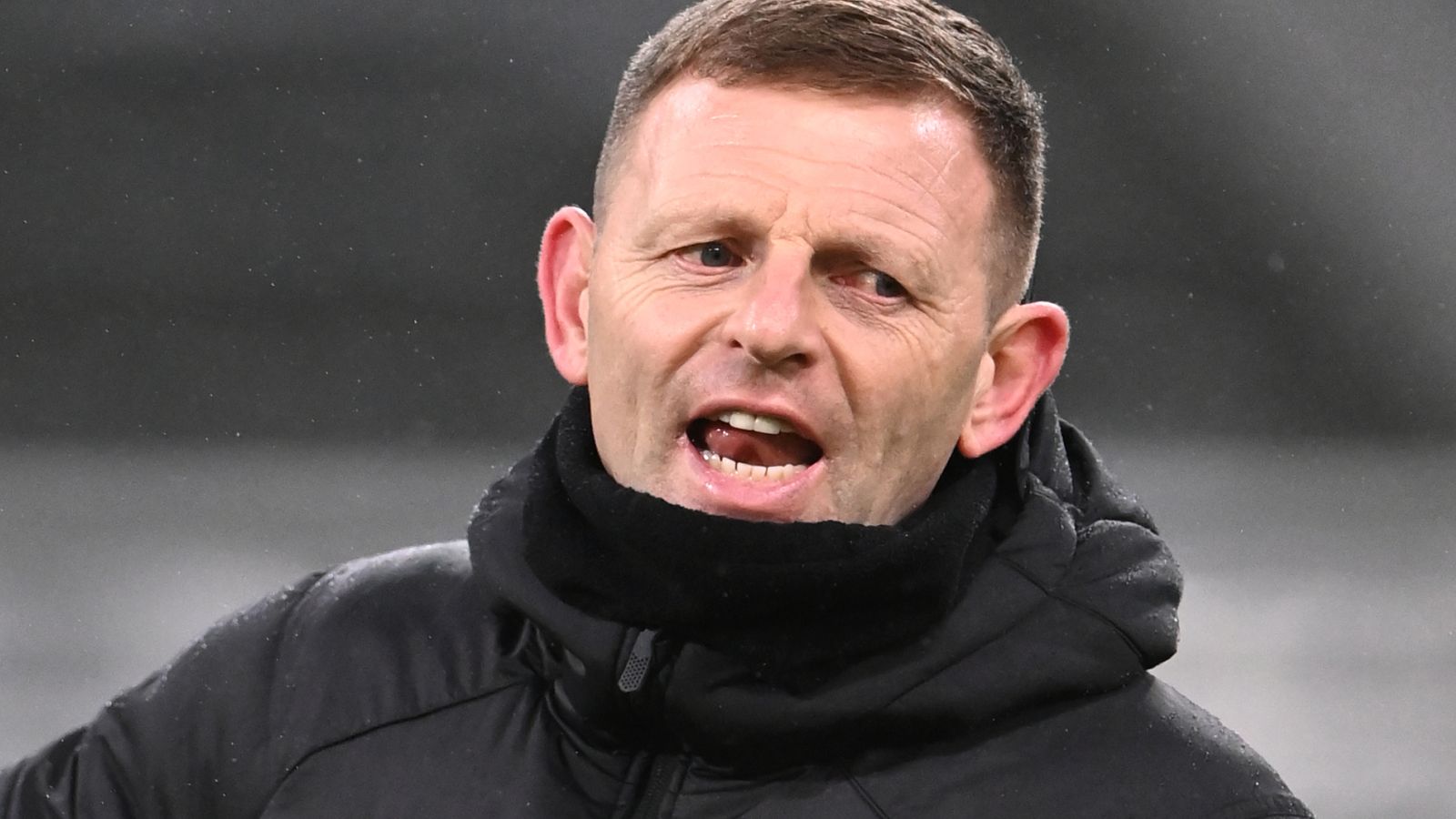 Newcastle interim manager Graeme Jones said he will discuss what happens next at the club with the new owners after Saturday’s Premier League home game against Chelsea.

A permanent replacement for Steve Bruce, who left the club nine days ago, is expected to be appointed ahead of Newcastle’s next game in Brighton on Saturday.

“I’ll talk to the owners and see where we are. Nothing more than that and take it from there,” said Jones, who became the first-team coach for his hometown club under Bruce in January.

“I think our job here, at the moment, is to make this football team as unified as it can be for the next incoming manager.

“We are in a better position than last week and obviously after tomorrow’s game we will see where we are, but the new man needs to go to a football club in good health.

Jones, who said his future at Newcastle is secured, admitted he will have to keep his emotions in check before taking charge of St James’ Park, which has run out completely for the first time.

“There is a lot of responsibility,” he said. “Honestly, you can’t go there with emotions. Yes, it’s my football club, my first game at St James’ Park, but I have work to do and I have to do it to the best of my ability.

“What happens between now and January 1 will define our season and it will be a default if I don’t focus on the Chelsea game.

“We have the Champions League winners coming here, so I didn’t think about anything else.”

Watch: Highlights from the 1-1 draw between Crystal Palace and Newcastle in the Premier League

Jones drew in his first match after a 1-1 draw with Crystal Palace to keep Newcastle in the relegation zone, three points from the safety zone.

When asked if a win over Chelsea could make him a permanent contender for the job, Jones said: “If we beat Chelsea, I’ll probably open a bottle of red wine with my wife and celebrate.

“It’s going to be a great moment, but I’m sorry for being boring, I just don’t get over it.

“My job is only for Chelsea and I want to help my football club be in the best position we can be.”