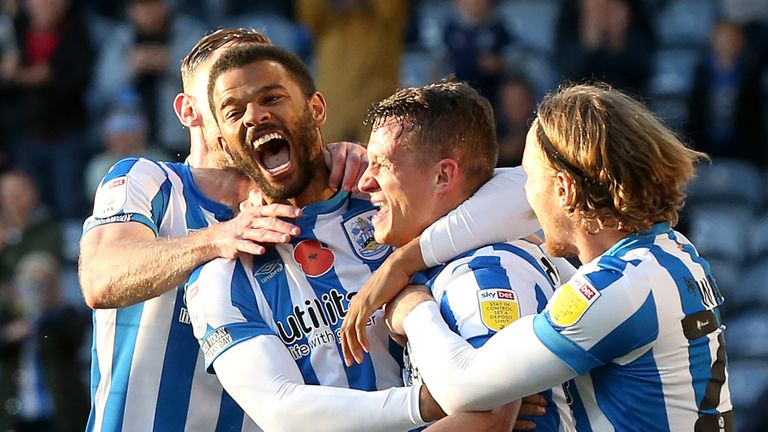 The visitors got off to a great start to the game when Lions’ top scorer Jade Wallace was comfortably saved from inside the area by Towns goalkeeper Lee Nichols.

The Terriers quickly grew into the confrontation and Louis O’Brien’s effort from 25 yards went wide and soon after could have broken the deadlock in the 15th minute when Sorba Thomas broke down the right flank and made a superb cross only to unmarked Danny Ward. To shoot his plane over the bar from a distance of 10 yards.

Another long-range attempt by O’Brien hit the palms of Bartosz Bialkovsky and the goalkeeper and then blocked an incoming effort from outside the area.

The hosts started the second half stronger than both teams and Mate Pearson thought he scored when he came to the end of Daniel Sinan’s corner kick only to see his low effort tipped away by Bialkowski on the goal line.

Both teams hunted for a winner and Tom Bradshaw nearly grabbed one as he pressed on goal, a decisive sliding challenge for Pearson prevented the striker from maintaining a level of results as the late stages approached.

The hosts had to wait until the 81st minute to score their goal, after Hutchinson saved the goal, midfielder Hogg headed in a corner kick for Thomas.

Matt Smith substituted Daniel Ballard immediately after the goal as Millwall’s intent to attack for the equalizer became clear.

City substitutes Josh Koroma and Ryan Leonard were booked five minutes before the end of the game as the Millwall defender became frustrated when he thought the Huddersfield player was wasting time.

With the away team chasing the match, it left holes in Millwall’s backline and the Terriers could double the advantage and put the match to bed when Koroma’s shot was turned away.

Gary Royt’s side pressed for a late equaliser as they forced corner kicks and tossed the men forward but Huddersfield stood firm to send them into the playoffs while Millwall slipped to 12th.