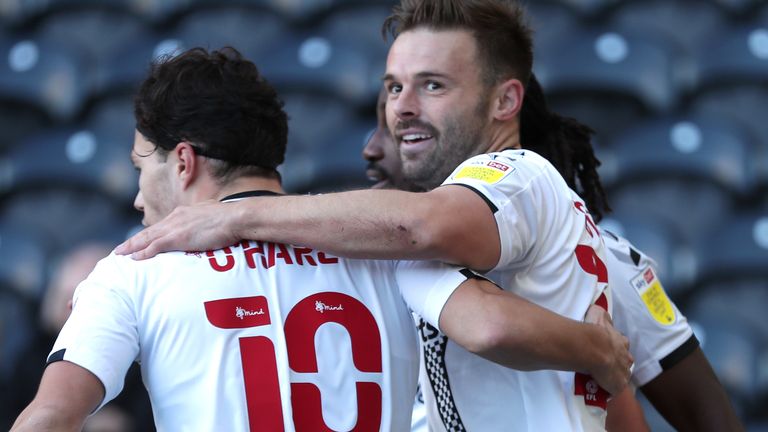 Coventry cemented its place in the play-offs in the Sky Bet Championship with a 1-0 victory over struggling Hull.

Mate Goden’s header in the ninth minute – which was helped by poor goalkeeping – was enough to earn the visitors three points.

Against all odds, Coventry ranks fourth in the table.

In fact, they really deserved this victory over the meek opposition, whose fans have all along demanded the dismissal of coach Grant McCann.

Despite his immediate return to the championship last season, McCann’s side won only two league games all season and remained in the relegation zone.

By contrast, Coventry appears to be a club going places under Mark Robbins.

Buoyed by a raucous follow-up away, they started with the top-six team’s bravado and deserved an early lead.

Hull may have sensed the initial menace from the impressive Victor Giocris who was eliminated once Jacob Graves hit a hard kick to the right of the penalty area.

But the home team’s defense somehow failed to clear their lines, as Ian Matsen easily found Godin in a central area inside the penalty area.

Godin’s header was accurate and consistent, but Matt Ingram caused a terrible mess of what should have been a routine response to the left of goal.

Things could, and probably should, have improved for Coventry shortly thereafter.

With Godden allowing time and space to pass through the middle, Ingram partially replaced himself with a clever stop to his right after 24 minutes.

Hull, with Graves at the occasional one-man barrier, at least managed to get to the break without further compromises.

However, with fans angry at home in the first half, there was little way to get back for the Tigers – even with only one goal behind.

This sense of desperation on the part of the locals was exacerbated by Coventry’s bright start after an appeal that reversed that in the first half, but he did not score an early goal.

Chances on both sides of the field were higher then, although the need to attack with numbers was, of course, much greater for Hull.

McCann had hoped to bring 63-minute substitutes Malik Wilkes and Josh Magniss to the one-dimensional front line, but a tight Coventry defense, led by Kyle McFadzen, ensured that never happened.

In the 78th minute, Hull fans once again began chanting in McCann’s direction that he would “be fired in the morning”.

Robbins had no such concerns as the disciplined Coventry team lost to the win.