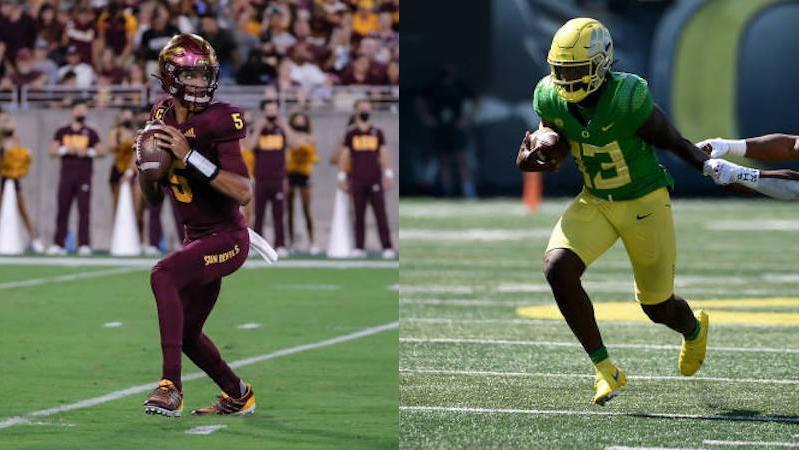 aAnother week and a little less chaos in the Pac-12.

It looks like nearly every game will be competitive, unless Arizona gets involved, which makes for a pretty cloudy bowl picture in mid-October.

Here’s my best take on how I think it’s going to happen in December…for now.

Ducks seem to be the safest bet to win the Pac-12 at the moment, although they looked really scary the wrong way around going in and out of farewell week.

The Ducks have a relaxed schedule from here, and they know how to win the conference, so now I’m trusting them to get back to Pasadena.

I think the Sun Devils lost the South to Utah on Saturday, but I think they still finished in the second bowling slot for the Pac-12, and finished with nine wins.

It would be a controversial – but successful – season for Pyramid Edwards and his cohorts if they could make it to the Alamo.

The Utes reach the Pac-12 Championship game again, and once again, they lose to Oregon. Their consolation is an inflated Las Vegas bowl against an opponent Mark they can beat.

Jonathan Smith brings beavers back to the big bowl game. This is a major achievement for Oregon after spending some time going under Smith.

How about a rematch of this classic Los Angeles game with an extra home game for the Bruins?

Who would have thought a few weeks ago that the Cougars would make it to the bowl game in 2021?

And not bad at that either.

The Cardinals are one of the most mysterious teams in the country, and I think they have six wins and a game with the ball.

He covers Pac-12 Football, NFL, and NBA as a writer and columnist for SportsPac12.