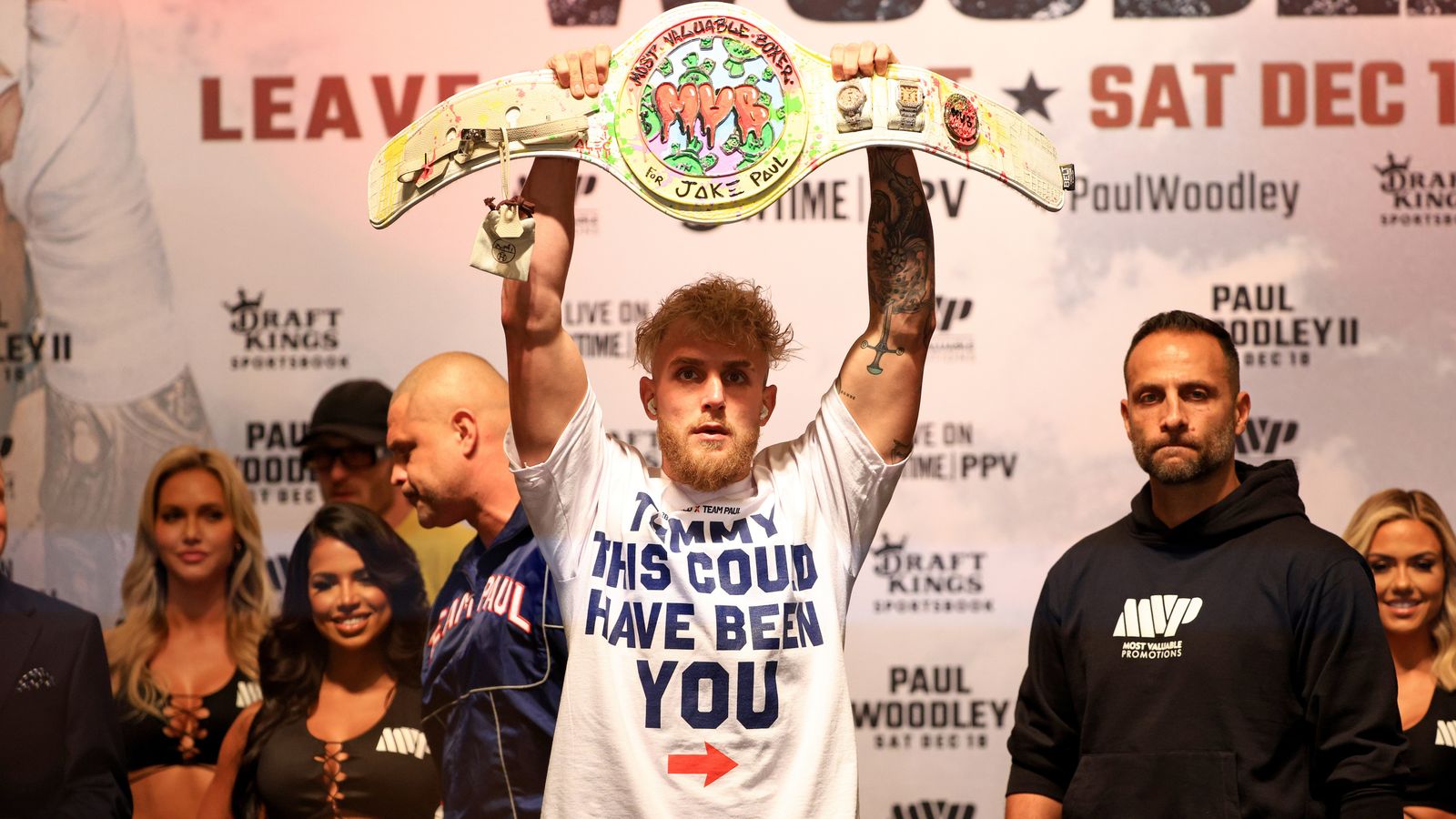 Jack Paul wore a T-shirt mocking Tommy Fury as he weighed down Friday night in his fight with Tyrone Woodley.

Fury was forced to withdraw from facing Paul with a “severe chest injury and broken rib”, and was replaced by Woodley, who lost to the YouTuber-turned-boxer in their first meeting earlier this year.

Paul stood with a T-shirt that read, “Tommy, it could have been you.”

He weighed 191 pounds, a pound heavier than Woodley.

Woodley promised: “It’s going to be a short night.

“No one will guess me then.

“Thank you for getting the dog out of me.”

A fiery stare at the scale showed Paul screaming at his opponent before they parted.

Paul actually motivated Woodley with a $500,000 bonus if he could win by knockout.

Paul was taken an eight-round distance first by the former UFC champ, but won by split decision in their first fight.

Paul Woodley returns to the ring in Florida on Saturday night.