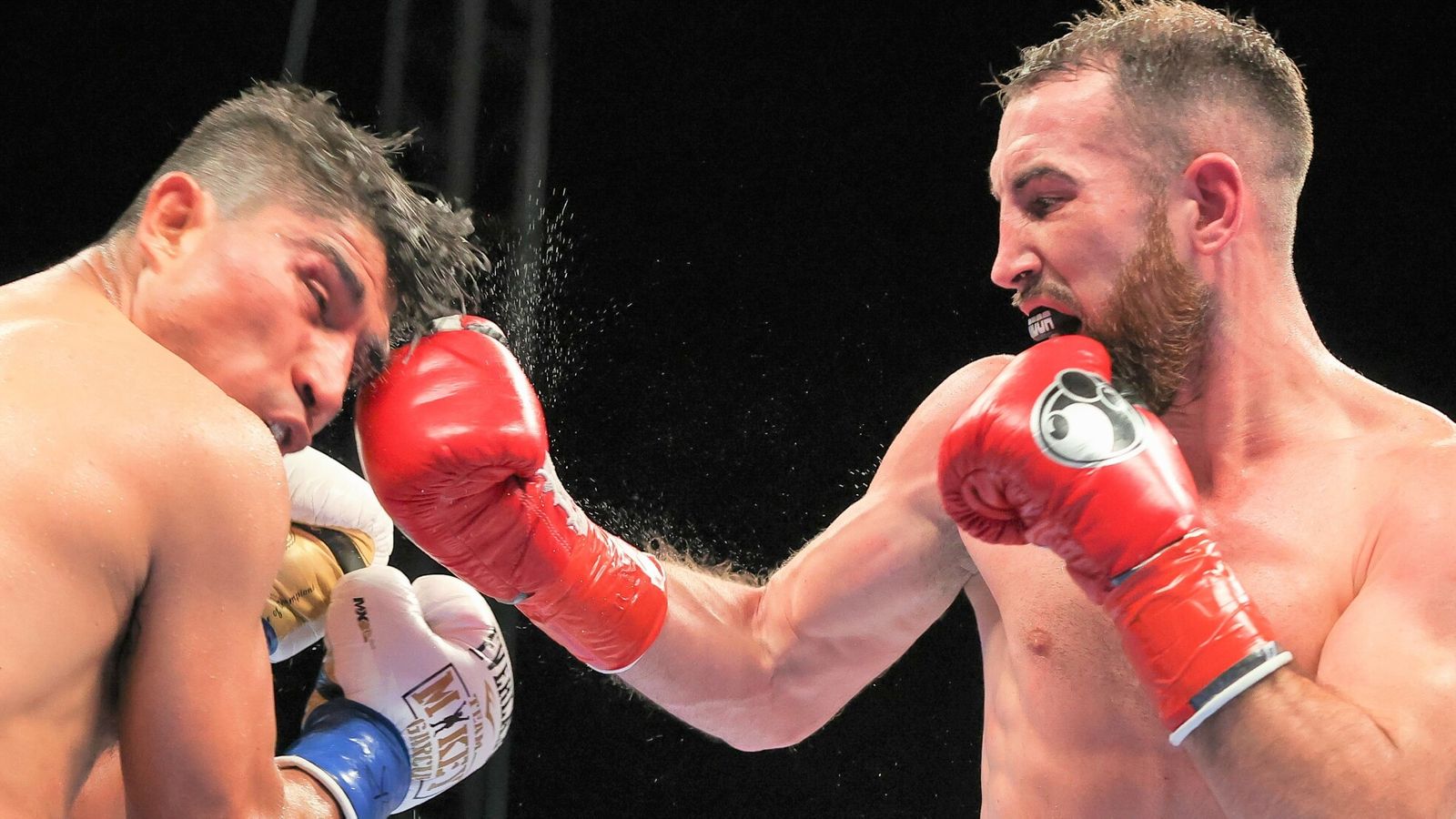 The American star struggled with his timing since the opening bell as the Spaniard’s sharp rebounding punches and clever movement were enough to secure a 97-93, 97-93 and 95-95 majority victory in Fresno.

Garcia, once seen as one of the best fighters in the United States, slipped to his second defeat in three matches after his unbeaten record ended with him losing on points to Errol Spence Jr. in 2019.

“I thought I was ahead on the three cards,” Garcia told DAZN.

“That’s what it is. That’s why there are three judges. They decided that he was the winner of the fight.”

“He didn’t hit me, I’m not bruised or anything.

“I knew he was a very good boxer. That’s why I kept getting ahead, but I knew I couldn’t be too reckless.

“I still think I did enough to win. I keep moving around the ring.

Martin enjoyed a major victory after a major advance in his class after defending a European title in his last fight.

“It’s the biggest moment of my career,” Martin said.