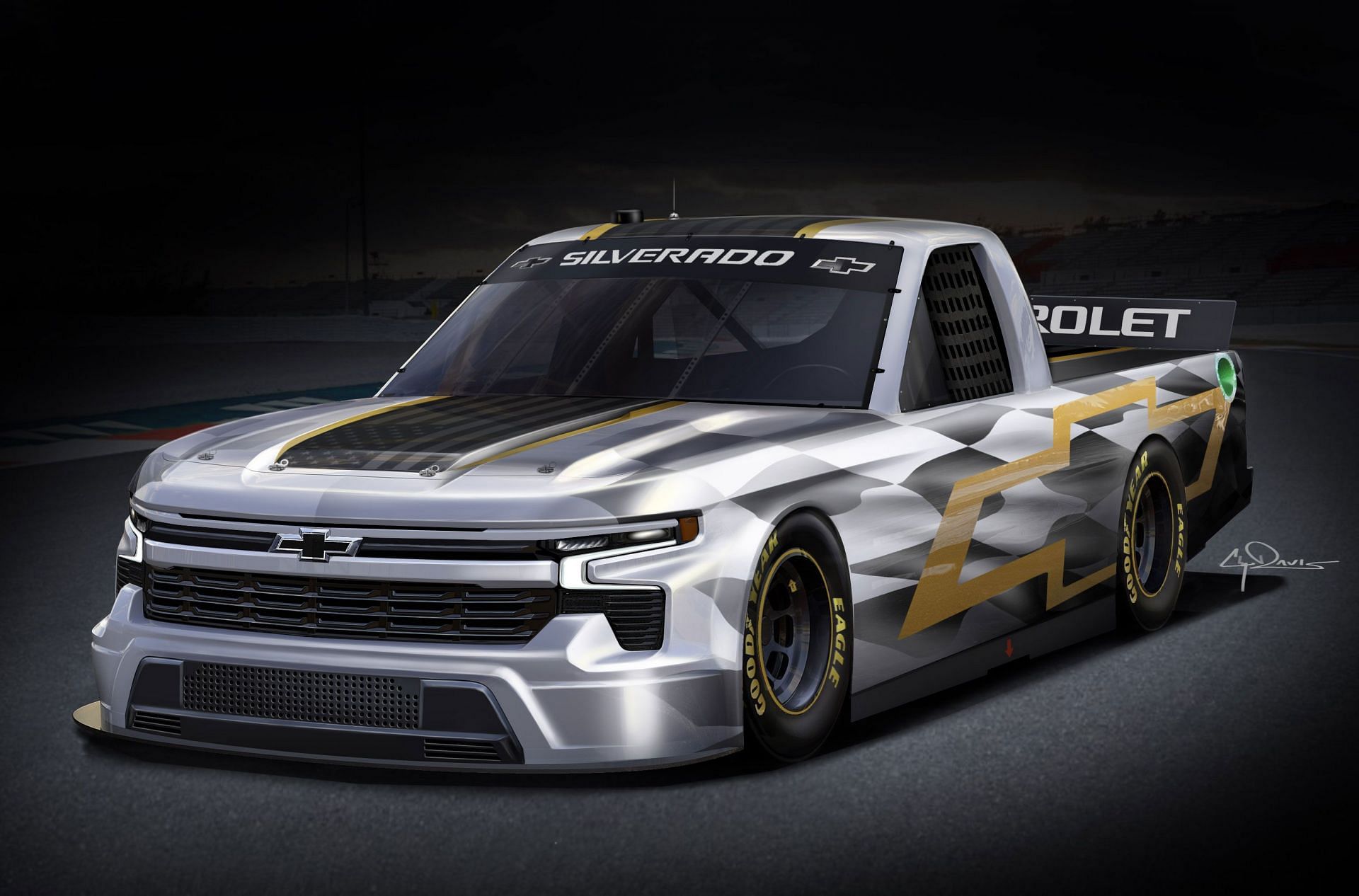 On the eve of the NASCAR Truck Series’ final elimination race, Chevrolet announced that the company will be entering a redesign for the 2022 campaign: the Silverado RST.

The race truck will be virtually identical to the production model, which features a new front bumper and grille, underlining the truck’s stability and power with a wide, well-established stance. Silverado RST will provide potential buyers with more choice, technology and premium touches.

“The Silverado name means legendary performance on and off the track, and the RST is a perfect example of that capability. With significant improvements such as a redesigned interior with a standard 13.4-inch diagonal touchscreen display, an updated exterior look, and four different engine options, we’re excited for Chevrolet fans to try Silverado RST, regardless of whether they are at the racetrack or their local dealer.”

Silverado has been around the NASCAR truck series since the beginning

The Bow Tie brand has featured a Silverado in every season of the NASCAR Truck Series since its debut in 1995. Mike Skinner won the inaugural season driver’s championship while Chevrolet took the manufacturer’s title.

“We have been racing a Silverado exclusively in the NASCAR Truck Series since its inception in 1995. We have worked hard to enhance the features of the current race truck to continue a close fit with the production vehicle. We are really looking forward to seeing the 2022 Silverado on the right track in the NASCAR Camping World Truck Series next season.” .

Overall, the Bow Tie brand has won more races (256) driver titles (14) and championships (10) than any manufacturer.