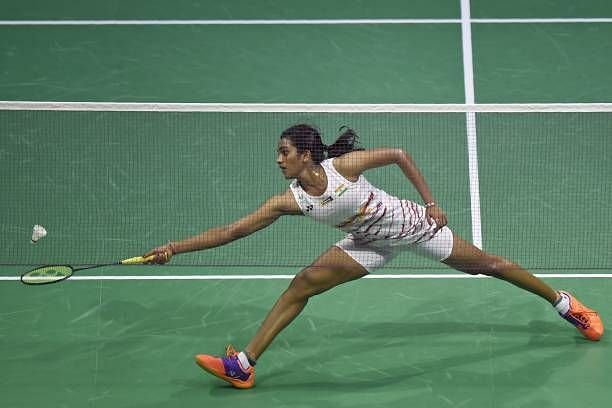 PV Sindhu kept the Indian flag aloft at the French Open in Paris on Friday. Third seed Sindhu maintained her distinguished career by breaking into the women’s singles semi-finals.

The world’s seventh-ranked won a simple 21-14 and 21-14 victory over eighth-seeded Busanan in 38 minutes. This win increased her dominance over the Thai player to 14-1.

Japanese Bond will face Sayaka Takahashi in the semi-finals

Bronze medalist at the Tokyo Olympics Swordsman Al-Sanad will move with Japan’s world number 15, Sayaka Takahashi, for a place in Saturday’s final.

Sindhu leads the head-to-head record 4-3 against the world’s 15th seed Sayaka. Sayaka had defeated the Sindh in their last confrontation.

The impressive run of 20-year-old Lakshya Sen ended in the men’s singles quarter-finals after losing 17-21, 15-21 to Korea’s Heo Kwanji in 43 minutes.

After a superb win over Singapore’s Luo Kin Yew on Thursday, much was expected of world number 22 Lakshya. But he failed to live up to the occasion. Lakshya Sen was in competition in the first match but beat him with the Korean star as the match progressed.

Satwiksiraj – Chirag loses in a quarter of the men’s doubles

Satwiksirag Rankiredi and Chirag Shetty fell in a fight against fourth seed Aaron Chea and Suh Wei Yek of Malaysia 21-18, 18-21, 17-21.

Satwick and Chirag came back strong to beat MR Arjun Woodruff Kabila 15-21, 21-10, 21-19 in an all-Indian showdown to reach the quarter-finals.

My husband is men