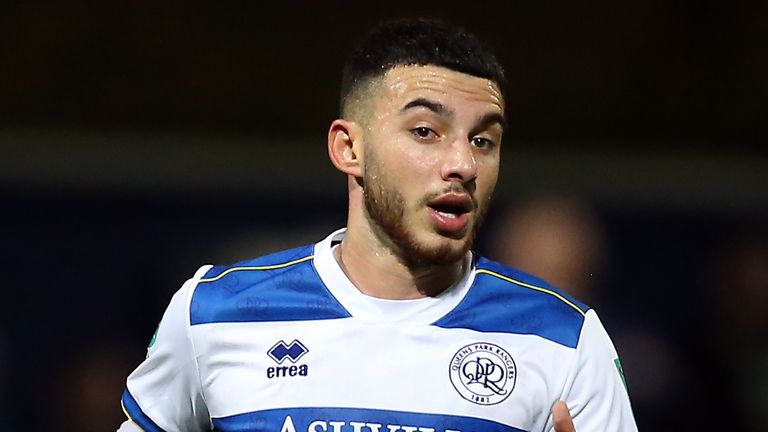 In a game with few clear chances, he broke the scoring chair with a superb goal seven minutes before the end of the match.

He got Rob Dickey’s smart pass and hit the ball past goalkeeper Thomas Kaminski from near the edge of the penalty area.

The result provided a much-needed boost to Rangers after a 4-1 loss to West London neighbors Fulham on Saturday, and a final tough streak in which Rangers have won just two of their previous seven matches in the tournament.

Meanwhile, Blackburn had no wins in four games – a streak that included three defeats.

Yoann Barbet inadvertently opened the scoring with an own goal four minutes into the first half.

Tayo Idon sent a low cross from the left and Rangers defender Barbett, lopsided on a wet surface, turned the ball to his post from near the edge of the six-yard area.

During a lackluster first half, Queens Park Rangers resumed a penalty kick after Albert Adomah’s right-footed cross hit Daniel Ayala in the arm.

Both teams struggled to create chances, with Rovers’ Daniel Butterworth pulling a major effort and Barbet at the other end.

The second half was similarly quiet until Cad Barbet, the veteran Rangers winger, Adomah, revived the match.

Adomah caused havoc to Blackburn’s right during a 20-minute period during which he formed Lyndon Dykes, whose shot was saved by Kaminsky, before Jimmy Dunn missed a golden opportunity to open the scoring.

Dykes headed a free kick from the left wing of the chair in the direction of defender Dunn, who tried to pass the ball over the crossbar from a few meters away.

With his team still in pursuit of a goal, Rangers manager Mark Warburton made an attacking change, with striker Charlie Austin joining midfielder Dom Paul and switching to two goals up front.

In the end, the hosts’ perseverance was rewarded with the fourth goal for a chair in the most number of matches.

Warburton will view the clean sheet as another positive given that Rangers have looked weak defensively this season.

They coped well with Rovers’ counter-attacks and their late search for an equaliser, with goalkeeper Sene Ding banning a late attempt from Joe Rothwell.