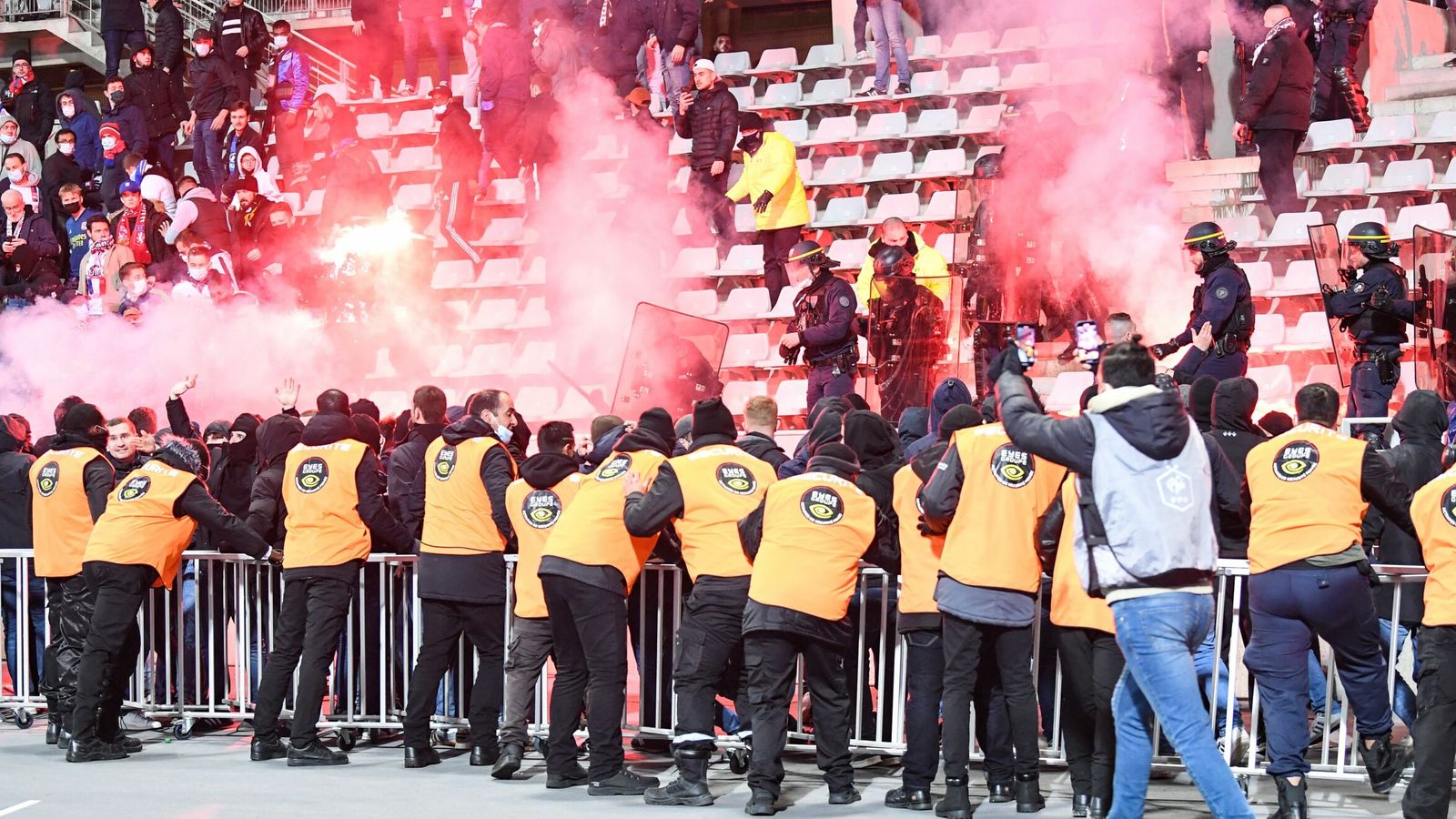 A French Cup match between Paris FC and Olympique Lyon has been abandoned after fans’ problems as violence continues in French football.

The fans seemed to be fighting each other and some went to Stade Charlety and threw flares at halftime with the match tied 1-1.

After 45 minutes, the announcer came down to the stadium to ask the fans to leave the stadium.

Lyon lost one point in Ligue 1 after their home match against Olympique Marseille was halted last month after Dimitri Payet was hit by a bottle thrown from the stands.

French football has been marred by crowd disturbances this season, prompting the government to announce on Thursday that matches would be canceled if a player or referee was injured by a projectile thrown from the stands.

Among other measures, the government said the decision to abandon the match after any mass incident would be taken within a maximum of 30 minutes after it occurred.

Nice got two points, one of them suspended, after serious incidents during their August match against Marseille, when visiting players clashed with rocket-throwing fans and stormed the pitch.

The northern derby between RC Lens and Lille was plagued by crowd trouble in September, and the start of the second half was delayed after rival fans threw objects at each other before people ran onto the pitch, prompting riot police and referees to intervene.

There was also a problem with the masses in Montpellier, Angers, Marseille and Saint-Etienne.