10 ways inflation will impact IT 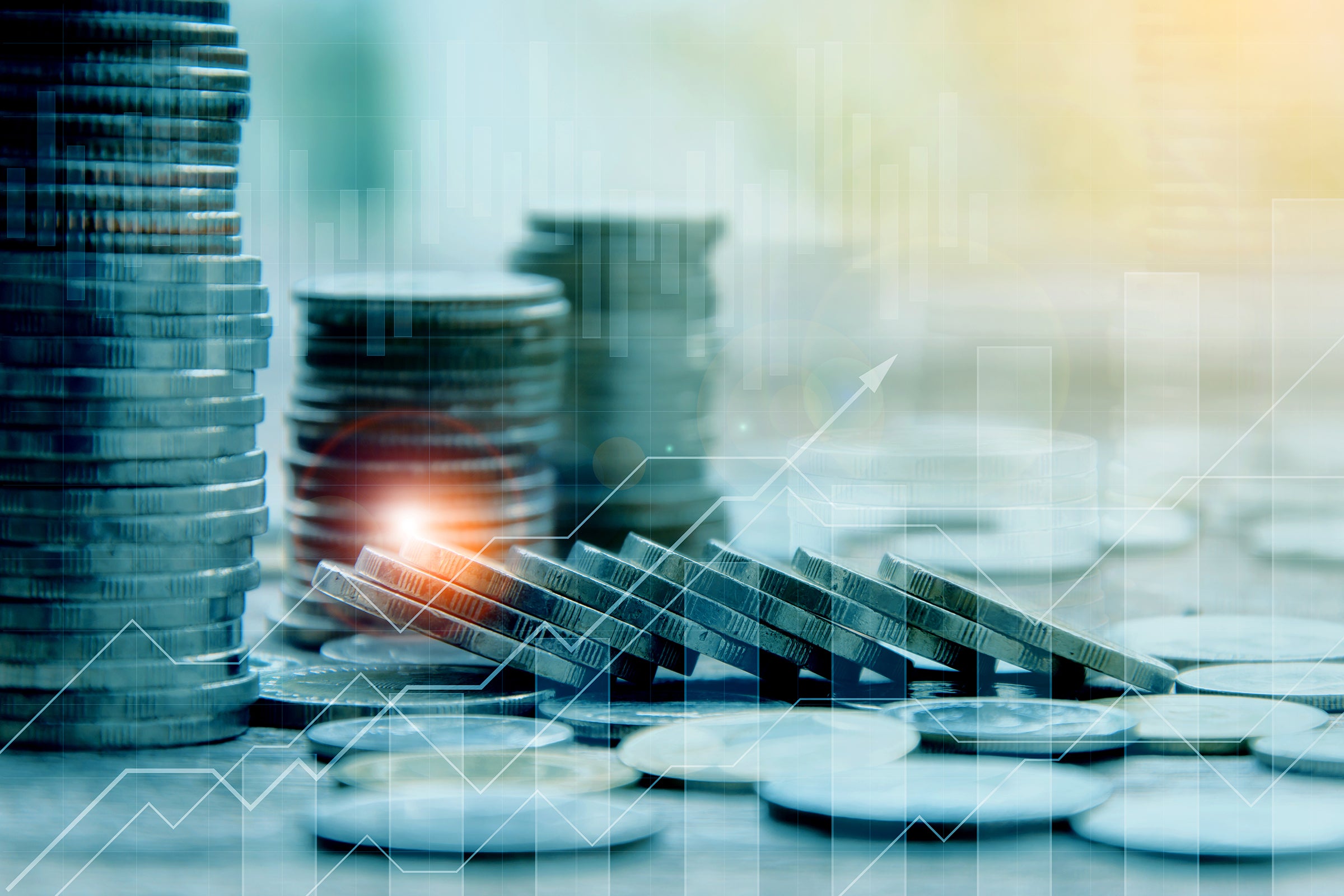 As CIO of an organization with a global reach, Bob Johnson keeps careful watch on the world’s economic situation.

“Whenever there is an ill wind anywhere in the world, it affects us,” says Johnson, CIO of The American University of Paris.

It’s not surprising then that he’s already feeling the impact of inflation: With costs going up, Johnson says he’s concerned about his IT budget won’t cover all the work it was meant to fund.

Euros just don’t go as far as they once did, he says. Neither do dollars.

That dynamic Johnson has adjusting plans, looking for areas he can consolidate and standardize to create efficiencies so savings can help fund the transformative initiatives the university still wants to pursue.

“I’m going to have to be a lot more creative and think of ways to make my resources go a lot further,” he adds.

Other CIOs say, they too, are feeling the effects of inflation in myriad and broad ways.

“We are feeling the impact of inflation with price increases in the cost of hardware, equipment, and services. Also, rising consumer prices and their impact on wage inflation are making talent acquisition and retention more competitive,” Avery Dennison CIO Nicholas Colisto summarizes.

Here’s a look at 10 areas where CIOs are feeling the impact of inflation.

“Inflation is for most companies an unknown development,” says Rick Villars, group vice president for Worldwide Research at IDC and lead analyst on the firm’s March 2022 report “IT Spending and Inflation, Enablers of Digital Innovation, and the Increasing Need for IT Financial Accountability.”

Furthermore, Villars notes, IT was in its infancy when inflation last hit.

Given all that, Villars and others say CIOs must get educated on the subject, understand how government and regulatory actions could impact the economy and ultimately their own organizations, and how they should best respond.

“You are, as a CIO, definitely ingrained with the rest of the C-suite team in addressing these inflationary pressures,” says Caren Shiozaki, executive vice president and CIO at TMST and member of the Emerging Trends Working Group with the IT governance association ISACA. “CEOs are trying to figure out how to be resilient in an uncertain world, and they’re going to look to CIOs to enable that. So as a CIO you need to have a holistic view of these broader economic issues.”

Demand for tech talent remains high. CompTIA, a nonprofit association for the IT industry, counted more than 443,000 employer job postings for tech positions in the US in April, bringing the total to 1.6 million so far in 2022. That’s a 40% increase in US tech positions over the same period in 2021. At the same time CompTIA puts the US unemployment rate for technologists at 1.3%.

Those figures, which are mirrored elsewhere across the global IT talent crunch, coupled with overall inflation means CIOs are under pressure to increase salaries, says John-David Lovelock analyst, research vice president and distinguished for the General Managers team at Gartner.

“Wages are the big thing, staffing is a big thing, and CIOs are likely going to lose this war for talent,” Lovelock says.

According to Lovelock, technology companies, managed service providers, and professional firms are better positioned to pay out bigger signings and retention bonuses as well as higher salaries than most enterprise IT shops.

Accordingly, CIOs will continue to face a staffing crunch even if they’re able to boost the pay they offer. On top of that they’ll be paying more for supplementary personnel. For example, Lovelock points to Gartner research showing that IT department spending on consulting services is going up this year by 11%.

CIOs certainly aren’t the only ones facing staffing shortages and the corresponding costs are rising of hiring and retaining talent. Managed service providers and tech vendors are feeling the pinch, too, Lovelock says. They’re also seeing higher costs in other areas.

“And so they’re now starting to push through price increases to CIOs,” he adds.

Johnson can attest to that. He says he is seeing his contract costs trending upward, noting that one software-as-a-service proposed a contract with a 25% increase over last year’s vendor pricing for the same service.

Johnson says he’s still in negotiations but admits he’s bracing more sticker shock. “I’m wondering: Is this just the first of many increases?”

4. Few, if any, places for cost refuge

For example, Lewis-Pinnell says she is seeing salaries in India, a well-established hub for companies providing IT services to the United States and other countries, doubling and even tripling. Other areas haven’t seen as steep a rise in salaries, but they’re still experiencing inflation that will push up the costs they’re charging.

“I’m finding that everywhere salaries are up,” she says. “We’re now seeing CIOs explore other areas, trying to find new locations where costs are less competitive.”

Although CIOs are hardly known for being spendingthrifts, Villars says inflation has CIOs paying even closer attention to where their dollars are going. “We’re going from costs as stable or declining to assuming costs are going up. So now when we talk to CIOs, they’re asking: ‘Am I going to need to watch my costs more?’ he says.

There are some challenges to this task, Villars says. Most IT departments have well-organized procurement functions and solid CapEx spending models, but many of the tried-and-true practices that have helped keep costs in check in past years when IT had more capital expenses won’t help in the era of SaaS , subscription services, and usage-based models.

But Villars adds: “There’s still room for improvement for efficiencies, even if you can’t use these old mechanisms.”

6. (Even) higher bills down the road due to backlogs

IT isn’t immune to today’s supply chain issues, as CIOs say they’re facing significantly longer delivery times for standard enterprise tech products such as workstations and servers. That in turn has CIOs planning to pay more.

“CIOs are saying that it’s not affecting us now, but as they look into 2023 and 2024, they’re thinking inflation and backlog will affect prices. They’re expecting higher prices the next time they go to make a deal,” Villars says. “There’s an anticipation that they’ll be paying more.”

Shiozaki says she has seen delivery times grow significantly, saying items that she could get in a week before the pandemic now take months to arrive. She’s working more closely with her procurement team to review new and existing contracts, with an eye toward finding opportunities to save through renegotiations, adjusting delivery times, or switching and consolidating vendors.

“That has always been a good practice,” she says, “but it didn’t always get the same emphasis as it does now.”

7. Premium prices to get needed products right away

Companies are moving staff from remote work (which drove a surge in demand for laptops and other hardware in 2020 and 2021) to hybrid environments, which is driving another round of equipment purchases.

As a result, Lovelock says some CIOs need equipment right away. They can expect to pay premiums, though, if they want to get those items sooner rather than later. Lovelock says inflation isn’t the sole culprit driving such surcharges; Rather, it’s a mix of factors at play — COVID-related shutdowns that impact manufacturing plants in Asia, supply chain issues and demand that exceeds supply as well as inflation.

“Some CIOs will accept a later delivery rather than pay the premium, but CIOs who are willing to pay more can get their stuff now because paying more will put them at the head of the line,” Lovelock says.

8. Focus on efficiencies as well as innovation

Looking to guard against inflation as best they can, executive ways are looking for ways to cut costs and they’re looking at CIOs to find to use technology to do so.

That’s a trend that hasn’t been seen in a big way since the last recession.

But Shiozaki says she and other CIOs can’t focus these days on efficiencies — as was the case in past periods — even as finding cost-saving efficiencies becomes more of a priority to ward off inflationary impacts.

“You can make yourself a mean and lean operation, but it shouldn’t come at the expense of doing some form of innovation that will allow you to thrive in the future,” Shiozaki says. “Resilience isn’t all about just cutting costs. It’s about being able to bounce back, and to bounce back in the future is going to require continued investments in innovation. You must be able to distinguish yourself from competitors, and if you only focus on efficiency, you’ll lose your relevance.”

She adds: “I think there are a number of CIOs who have always done this, but in light of the fact that we’ve all gone through the digital transformation wave, [that balance between efficiency and innovation] has been brought more to the forefront.”

Similarly, some CIOs are accelerating IT initiatives to help their organizations with rising costs, Lewis-Pinnell says. She expects more CIOs to be pushing up the timelines on transformative projects — such as those using analytics, machine learning, and automation — that can bring efficiencies and boost productivity.

“It’s about the value that CIOs might be bringing to the business,” she explains. “That’s value that IT can bring to help mitigate the pressures that inflation is putting on the company as a whole.”

Giving all the ways inflation — along with supply chain disruptions, the continuing pandemic, and the possibility of recession — is hitting IT and business in general, CIOs and their C-suite colleagues are beginning to re-evaluate initiatives to ensure they still make sense and whether they’re still appropriately prioritized, Lewis-Pinnell says.

“It gets back to being strategic about where money is being spent and driving the outcomes that are desired,” she says.

That’s not a new calculus, but experts acknowledge that the figures they’re using to calculate returns and drive decisions have changed as inflation and other pressures shift business needs.

“The demand for digital business initiatives has never been greater and we are recalibrating our project and services portfolio by being more discerning as to the programs we initiate,” Colisto says. “We are deliberately focusing on strategically imperative initiatives and avoiding overstretching our teams. We recognize the importance of protecting the health and well-being of our team members while ensuring that we continue to meet the needs of our business.”