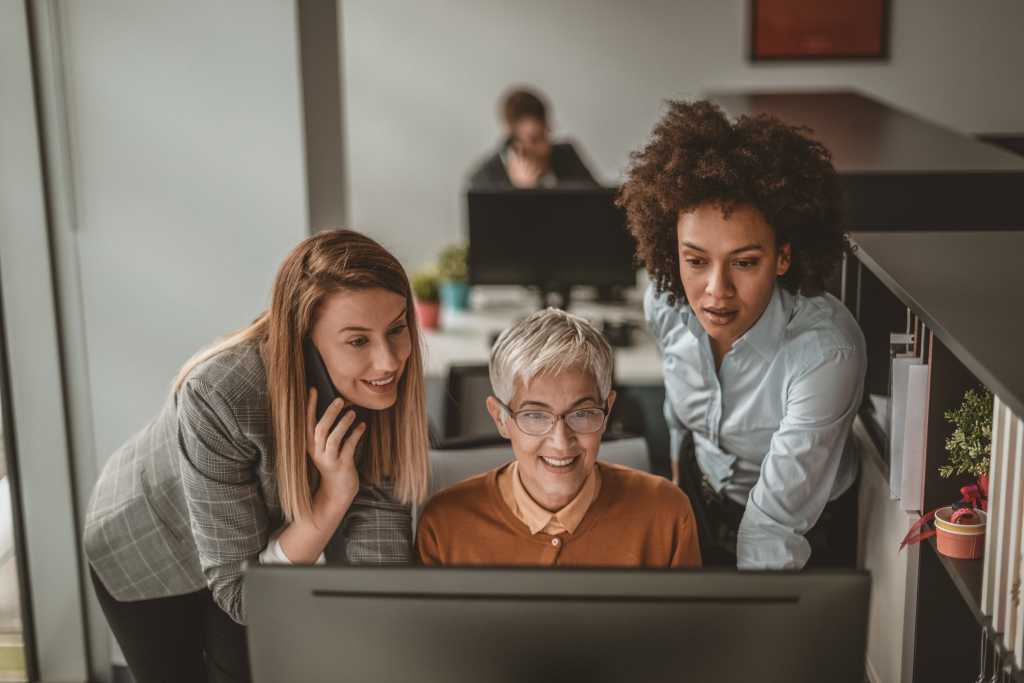 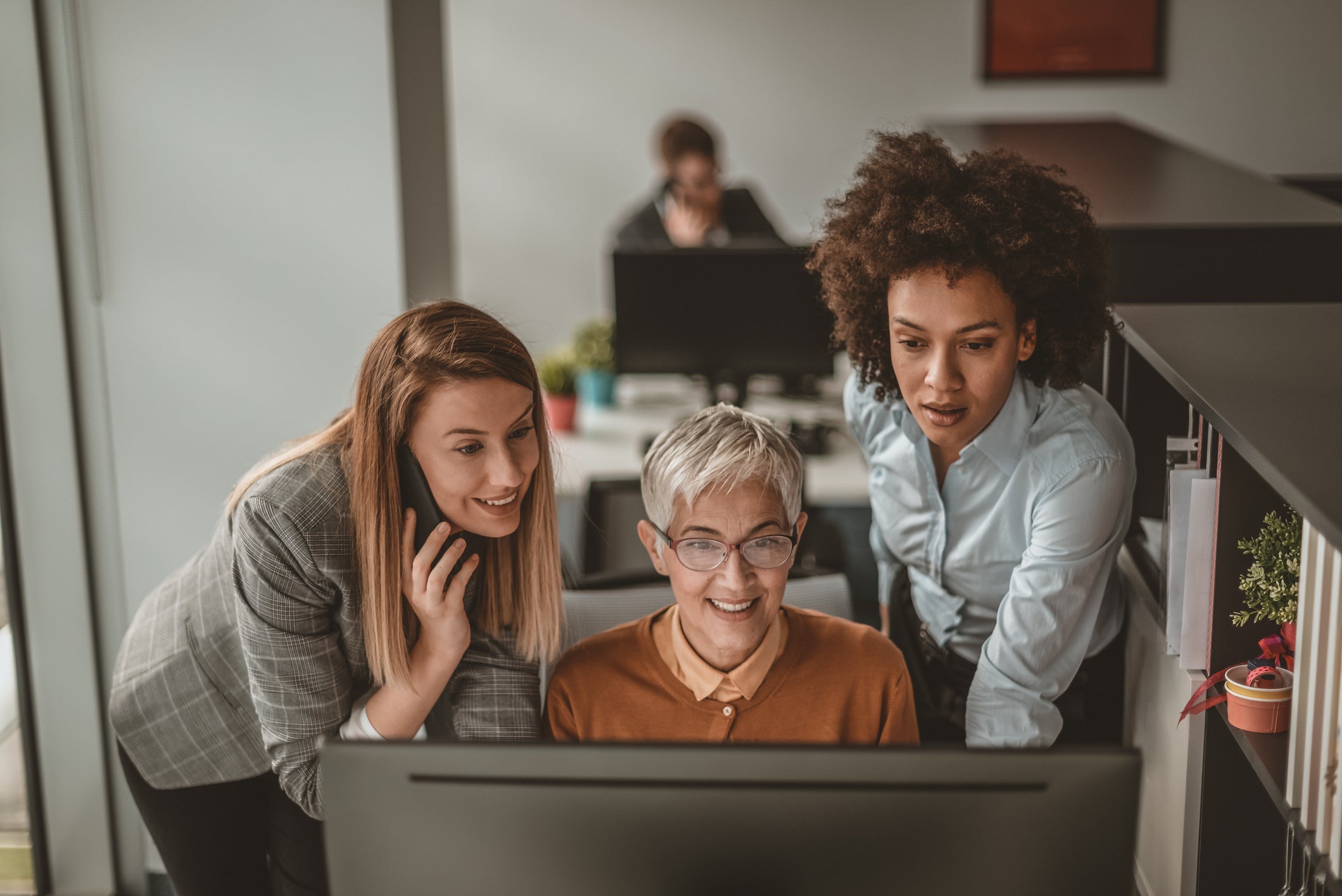 A 2020 report from McKinsey found that companies with stronger gender diversity numbers were 25% more likely to outperform their less diverse competition. Yet, while companies have placed a greater emphasis on addressing the gender gap of late, women remain largely underrepresented in IT positions.

Here, a number of factors are at play, not the least of which are IT workplace cultures that have a long way to go. A 2017 poll in the Pew Research Center report found that 50% of women said they had experienced gender discrimination at work, while only 19% of men said the same. The numbers were even higher for women with a postgraduate degree (62%), working in computer jobs (74%) or in male-dominated workplaces (78%). When asked whether their gender made it harder to succeed at work, 20% of women said yes and 36% said sexual harassment was a problem in their workplace.

While diversity still lags in the IT industry, McKinsey has found that organizations leading the way with DEI strategies are making significant gains over those that “have yet to embrace diversity.” Given the value diversity has for business outcomes, it’s more important than ever to have a serious strategy for creating a more diverse, equitable, and inclusive workplace, which has become a vital factor for recruiting, hiring, and retaining workers, especially women.

For IT organizations looking to make a difference on gender diversity, or for women seeking to develop rich IT careers, several nonprofits have been created to empower and uplift those who identify as women in IT, improving gender diversity in the industry, and closing the pay. gap between men and women. Here are three of note.

Ada Developers Academy was started in 2013 as a nonprofit no-cost coding school to support women and gender-expansive adults who want to embark on careers in software development. The organization is focused on improving diversity in software development positions, of which only 25% are currently held by women, with only 3% of those women being Black and 2% Hispanic or LatinX.

The program starts with six months of training and educational courses and is followed by a paid internship to gain hands-on experience. During the six-month training portion, students commit full-time to learning full-stack software development, including skills such as Python, SQL, JavaScript, and React.

The program also helps students prepare for what they may face in a male-dominated industry, and they are paired with mentors in the industry who are typically alumni of the program. Ada Developers Academy also offers training and support to corporate partners to help them build inclusive environments, retain diverse workforces, and foster a welcoming corporate culture.

Academy graduate Mariya Burrows says that she was surprised by the level of support offered during the program. She had access to a personal tutor, an industry mentor, and an Ada Developers Academy mentor.

“I was never stuck on anything for too long because I had multiple avenues of support. This amount of support really surprised me. I completed graduate school prior and didn’t have this level of resources and support. I am, and have always been, blown away by what Ada can offer students as a nonprofit organization,” says Burrows, who now works as a software engineer at RealSelf.

To help advance the careers of women in IT, the Women In Tech (WIT) Mentor-Protégé program offers members access to women mentors in IT leadership roles. The program offers transitional help for women pivoting to tech careers from another industry or who are getting back into tech after taking time off. WIT aims to help women gain confidence when getting into or back into the tech workforce, which, given the male-dominated field, can be a daunting transition, especially when women find themselves among the only women on an IT team.

Protégés who enter the program meet with mentors over the course of five months, rotating between four mentors. They also attend networking events, lectures, and smaller group sessions to work on career goals outside of the meetings with their mentors. Mentors and protégés are matched by program liaisons based on interests, goals, and experience and there’s no prescribed structures for the mentor-mentee relationship.

While mentorship is often thought of taking place within an organization, there’s a lot to gain from having mentors who work outside your company. WIT offers this opportunity to connect with peers in IT who can offer unique insights, especially for women who may not have women mentors in their own company. The WIT Mentor-Protégé program ultimately offers more than mentorship — it’s about creating a community for women in technology to come together to inspire, support, and encourage one another.

“Having spent time overcoming biases and disproving stereotypes in my past, being with like-minded strong and resilient women made me feel as if I had found a home whose members understood my struggles as well as each other’s and supported one another to foster a temporary respite from the professional conflicts within the working environment,” says Ping McKenna, an electrical engineer at TRW.

Women in STEM (WiSTEM) is an international organization dedicated to empowering young women to pursue STEM careers. It offers two programs: one that connects high school-aged girls with professional or college-aged women who are working in STEM, and another that connects high school-aged girls from WiSTEM’s globally dispersed chapters to give them a sense of community with their peers the same age.

WiSTEM is growing fast, having added 40 new chapters in 2020, including 381 new members in the US and four new countries. As the program grows, so does the alumni network, which serves as a resource for mentorship for young girls and women in STEM. A main focus of the organization is to promote an interest in STEM for young girls and teens, showing them early that there’s a path forward and a place for them in the tech industry. WiStem works to break stereotypes and ingrained social attitudes that keep girls and young women from pursuing STEM careers.

WiSTEM director of development Laura Sabrosa started out as a WiSTEM ambassador as a high school student in Brazil, where there were not “many resources to encourage girls to pursue STEM.” After forming her WiSTEM chapter, Sabrosa began by giving lessons on STEM to underprivileged girls in her community, handing out educational materials, and leading by example to show girls that STEM can be fun.

Ambassadors of WiSTEM help create more interest for young girls and women who might not otherwise be exposed to STEM topics. As the community of alumni grows, the program continues to offer support and community to those who find themselves isolated in their STEM and IT careers.