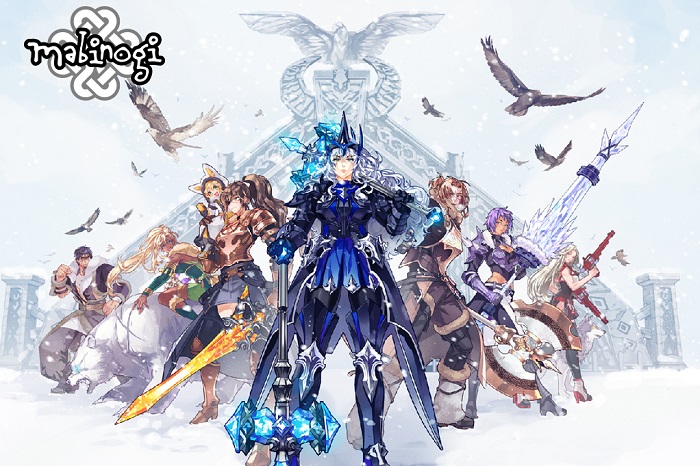 Although Mabinogi has its appeal, with great emphasis on story, progression, and socialization, it is a challenging game to get into. The online role-playing game is riddled with lots of text and numerals, as evident from the first tutorial, and making sense of all this information can be overwhelming. Even so, the game is definitely worth playing due to its sheer amount of rich and original content.

As such, if you are a new player, we’ve compiled seven essential things you should be doing in Mabinogi right off the bat. So without further ado, let’s dive straight in!

After pouring hours of time into Mabinogi and meeting other new players through Mabinogi’s social circle, we have come to realize that many new players struggle with getting a grip on the game. that you’ll get the hang of the game real quick and come to enjoy its unique gameplay. 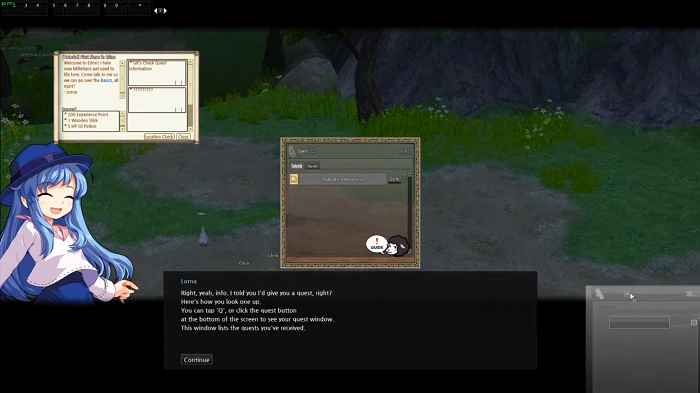 It’s imperative to take the game’s tutorial quests very seriously, as they impart all the essential knowledge you need to begin playing the game in any capacity. You will start by interacting with Lorna and her pet Pan. They will teach you how to access and check quest information, open up character specifications, toggle the minimap on or off, manage your inventory, equip items, and use potions.

After that, you’ll meet Tin, who’ll teach you the fundamentals of close combat and how it’s inspired by rock-paper-scissors, where you must observe the enemy’s movement and counter it. , guard, use a guard-breaking smash technique (along with its counter), and a crowd-control move known as Windmill. More crucial information will be imparted in these tutorials, so go through them.

2. Don’t Stick To One Class 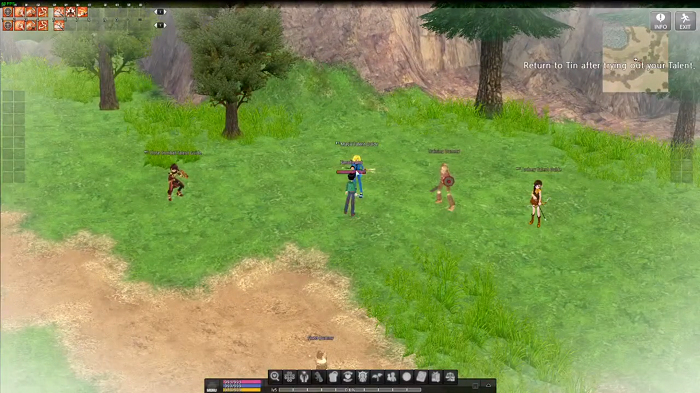 Although you will quickly learn of all the different combat classes Mabinogi offers, don’t feel restricted to abide by one. Unlike modern MMORPGs, Mabinogi does not limit your skills to the combat class you have – if you want, you can learn the skill trees of multiple classes. Another reason why you should unlock skills about different classes is that skills are what increase your character’s stats.

However, regarding what to choose as your first class, Mabinogi lets you try all of its classes during tutorial quests. if you’re looking for the meta pick, the Chain Blades class is a viable option for beginners as it offers both AOE and single-target precision attacks. 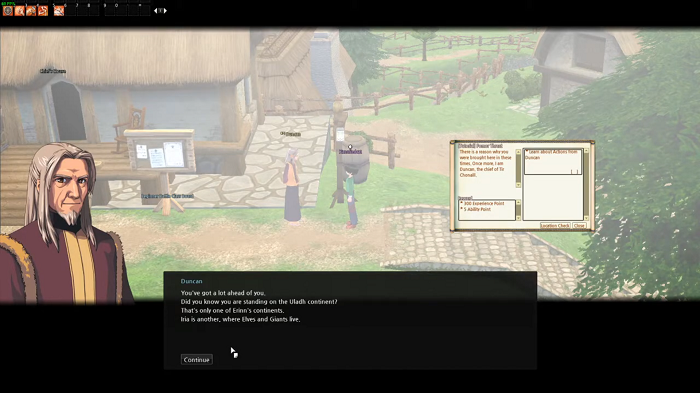 As is generally the case with MMORPGs, Mabinogi’s expansive world is free to explore. Erinn is filled with towns, dungeons, and secret locations for one to uncover, each benefiting players with new sources of EXP, whether it be quests to accomplish or enemies to Furthermore, Mabinogi is generous in rewarding curious explorers with items and resources that offer great value as upgrade material or merchandise.

Let’s not forget that exploration will take you to new places, where apart from meeting new NPCs, you’ll meet other online players. You can befriend these players, party with them, and join their guild! 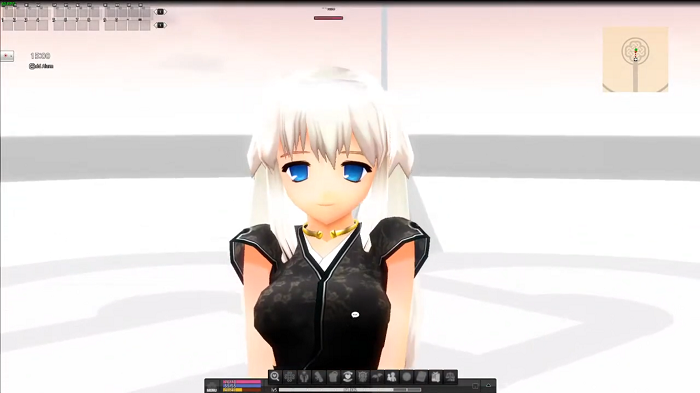 Level progression is effortless to pull off in Mabinogi, but not for the reasons you think.In Mabinogi, the objective is far from reaching the highest level possible but instead is to empower your character with new skills continuously.This is where Mabinogi’s ageing and rebirth /reset mechanics come to play.

Your character ages once a week, granting you AP (Ability Points), a valuable point that is otherwise usually rewarded for each level up. AP is used to learn new skills, but you stop gaining AP once you reach level 1000. As such, you should always be rebirthing to reset your level, ideally when you’re done with a class and want to master another one.

5. Do Your Generation Quests 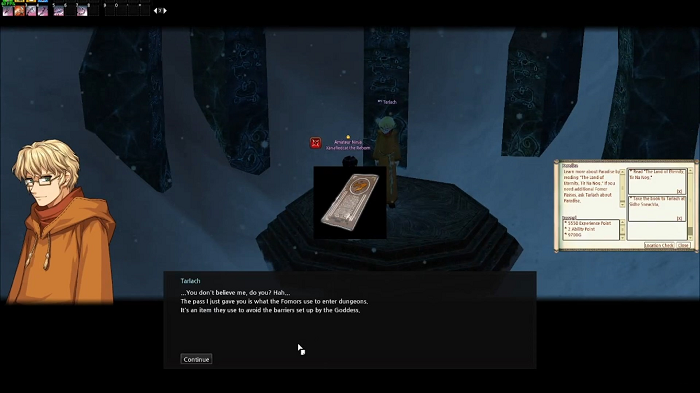 In the midst of all this, don’t forget to enjoy Mabinogi’s nicely crafted story, which is perhaps one of its most vital selling points (despite being free to play). Aside from aiding NPCs and getting to know their background, Generation Quests tackle the overarching plot, rewarding players with exceptional skills and items that can not be obtained.

These rewards include special like the Paladin transformation skill and Demi-God techniques. Generation Quests can be accessed by clicking the book skills icon in the bottom navigation bar. 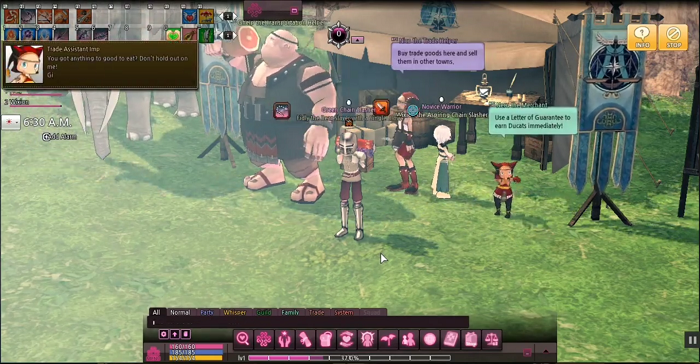 In MMORPGs, it is normal not to own every item in the game – each can be obtained through their designed means, and a lot are expendable. Thus, the developers at Nexon were sure to facilitate players by encouraging marketing and trading with their respective mechanics .

Players can set up their shops to asynchronously sell items to other players for gold and trade to get the things they need for that upgrade. As such, it is vital to learn how these game systems work and what items are in demand to get what you The faster you learn these systems, the quicker you’re going to be progressing through the game.

Mabinogi is a massive game filled with items, quests, locations, and mechanics, all of which can not be covered in the scope of a single guide. Therefore, it is crucial to constantly refer back to our website for information to ensure that you are learning the game and making informed decisions at every step!

All in all, Mabinogi is a massive MMORPG that offers hours of rich and original content, although intimidating. Many new players feel discouraged by Mabinogi’s relatively outdated look and overly-informative UI. However, knowing these seven tips, you should be able to get off on the right foot and genuinely appreciate this long-living experience. Either that or you can grab a Nexon Game Card previously known as Karma Koin from OffGamers here to give yourself a head start.