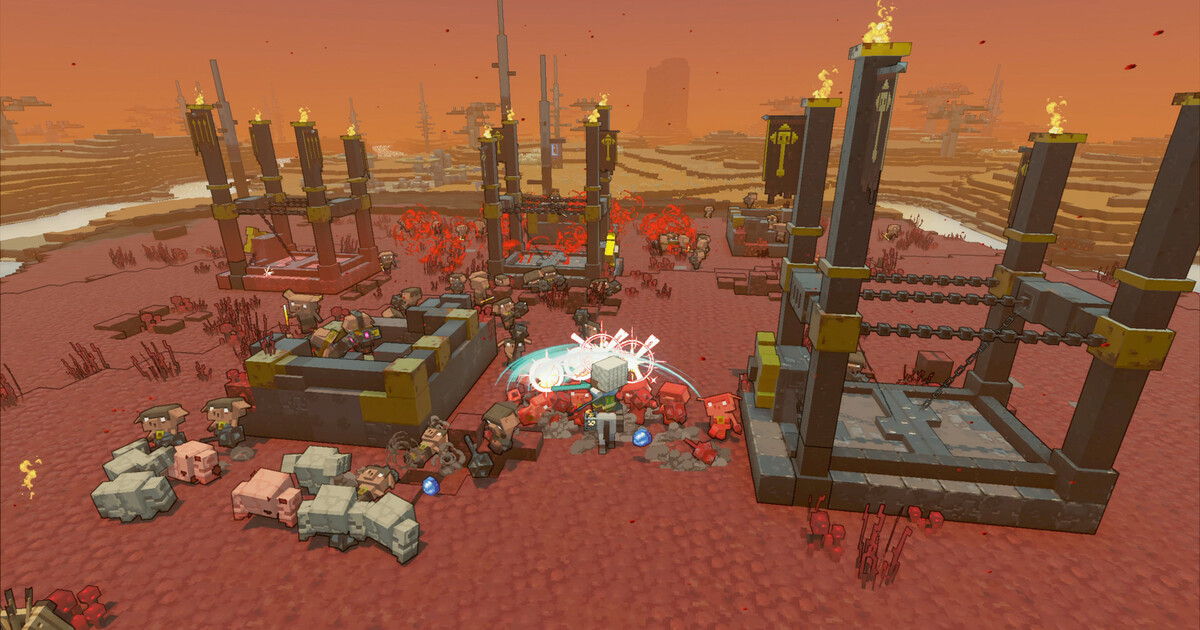 Minecraft Legends is an action strategy game, which means you view the world from above and command armies of mobs. But there’s still plenty that’s familiar from traditional Minecraft, if tonight’s presentation during the Xbox developer showcase is any indication.

Here’s the new trailer, although at the end of the post I’ll embed the longer game demonstration from tonight’s livestream:

The full demonstration focused on Minecraft Legends’ PvP mode, in which teams of players can do battle with each other. Each player has their own character on the battlefield, like a little hero unit, and they can choose how they wish to contribute to the fight. Some players may hang back and build their base, using construction tools to lay out walls, turrets and other useful buildings. Others may run off to explore the procedurally generated levels and gather resources.

All resources and armies are shared, and after a while it looks like each player will have a collection of familiar Minecraft animals and monsters trailing behind them. While the aim in PvP is to destroy your enemy’s base, there are also invading NPC Piglins as enemies to fight for those who want to focus on PvE.

I’ve recently fallen back in love with Minecraft, and so I am actually well placed to appreciate a game which gives me a different take on its characters and biomes. I’m also a big fan of turtling up in strategy games, which a strategy game with a strong foundation in base building seems likely to provide.

If you want to learn more about Minecraft’s strategy spin-off, you can hit up our page on everything we know about Minecraft Legends. Or you can skip to the 2m 23s mark in the video below to watch the developer presentation: