Alas, I am too slow to parry all these bullets with my katana 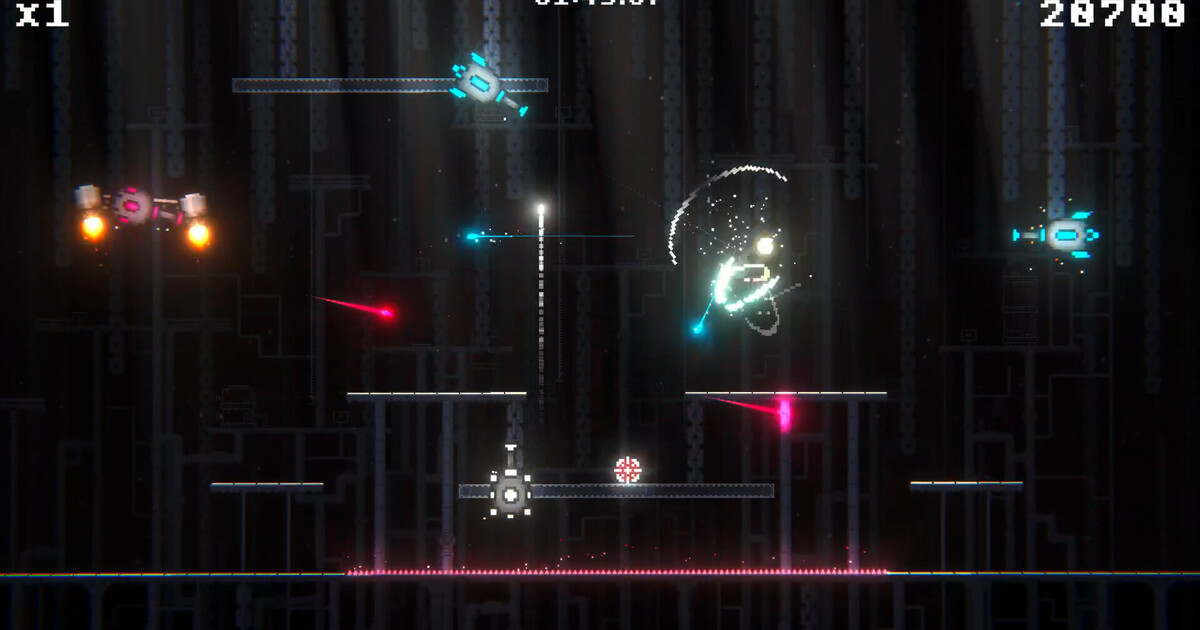 A fast-paced game that’s all about reflecting bullets back with a katana sounds great to me, a known fan of parrying projectiles. I bought a new indie game Agent In Depth within 20 seconds of seeing it. Then I played it. Oh no. I feel old. Am I too old? What I can tell you is, if you like fast-paced action platformers with bullets to parry, indeath to punish you, and no checkpoints to support you, you might enjoy this. It’s only £2 to find out.

Agent In Depth is a 2D side-on platformer set across a mere 15 single-screen rooms (or that’s how many the store description says; I wouldn’t know because I am too old). As a kewl dood with a black trenchcoat and katana, you just need to parry projectiles back at enemies to destroy them, clear the room, and move on. The game’s leaderboards say its top players are able to finish it in under three minutes. I bet it took them hours to perfect those three minutes.

One hit kills you. It has no checkpoints, so every death is a full restart. To win, you’ll need to dodge every shot. And since you’re only able to kill enemies by parrying bullets with a sword, you’ll need to put yourself directly in the line of fire. That’s a good setup for tension and skill and the pursuit of a perfect run, not to mention frustration.

Agent In Depth feels hard, it feels cruel, and it certainly feels punishing at first, but it doesn’t feel unfair. Your man is nimble and responsive, and the timings on parries feel fairly generous. You simply need to learn patterns and not make mistakes. Easy peasy, I’m sure.

I myself am perhaps too old for this now. Maybe that’s why I stalled on Hyper Demon too. But look, maybe it’s been a hard year, and maybe I’ve been tired, and maybe everything will go great on the right day with enough coffee. Either way, you’ll need to want to confront this sort of murderous challenge.

I do imagine that, as in other games like this, having to go through the opening stages over and over will barely take any thought once you get good enough. Running through those opening rooms will warm up your fingers but not wear them. Treating those once-murderous rooms as mere stretches will fill you with pride and confidence and build your resolve. But I am perhaps too old for that.

Agent Of Depth launched into early access on Friday. The solo developer plans to add more modes, maps, abilities, and maybe characters before launching the full version in about six months. Maybe six months is long enough for me to beat these first 15 rooms.