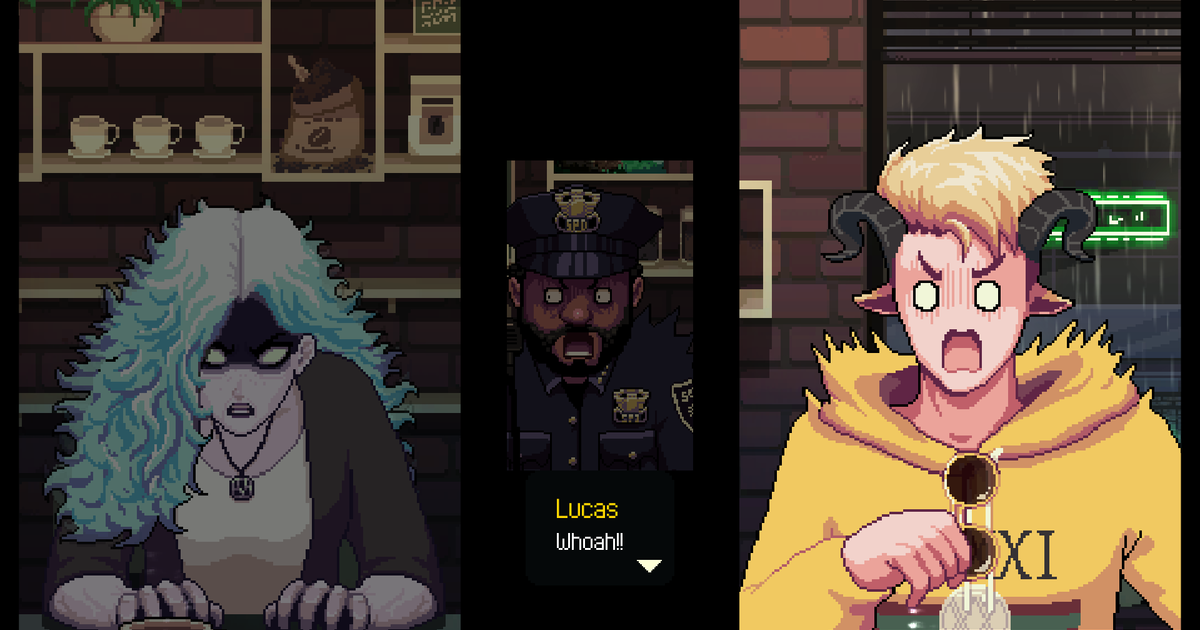 Coffee Talk is one of my favorites visual novels from the last couple of years, and when developers Toge Productions announced they were making a second episode back in 2021, I raised a steaming hot mug of tea in celebration. Now, it’s time to brew up another one, as they’ve just announced its official release date of April 20th.

Coffee Talk Episode 2: Hibiscus & Butterfly continues the story of this chill, late-night café game set in an alternate, fantastical version of modern day Seattle, and I honestly can’t wait. As we’ve seen from various trailers and demos over the last year or so, Episode 2 will introduce some new faces to its cast of regular customers, including influencer satyr Lucas and wannabe soprano banshee Riona. As the owner and sole barista of this hidden away establishment, you’ll be fixing them drinks while lending a kind ear to their daily frustrations and problems. The first game was extremely chill and lovely, and I’m confident Episode 2 will be every bit as cozy and relaxing as its predecessor.

You’ll also have some new ingredients to play with in Episode 2, including the titular Hibiscus, as well as Blue Pea, which (as you might expect given the name) turns drinks an intriguing shade of bright blue. As before, though, you’ll be able to spend as much time as you like adorning your concoctions with your own brand of latte art, or just serve it to them plain if, like me, you’re slightly hopeless at it.

Another new twist for Episode 2 is that you’ll be keeping hold of various items that either get handed to you or left behind on the counter, and you’ll need to return them to their rightful owners the next time they pop in for a cup. For the most part, though, this is more of the Coffee Talk you know and love, which is perfectly fine by me – especially if it means more of composer Andrew Jeremy’s exquisite lo-fi music to listen to.

If all that sounds like it might be your cup of tea as well, then take note. Coffee Talk Episode 2: Hibiscus & Butterfly will be heading to Steam on April 20th. Now if you’ll excuse me, I’ve got an steaming mug of Earl Gray to attend to…