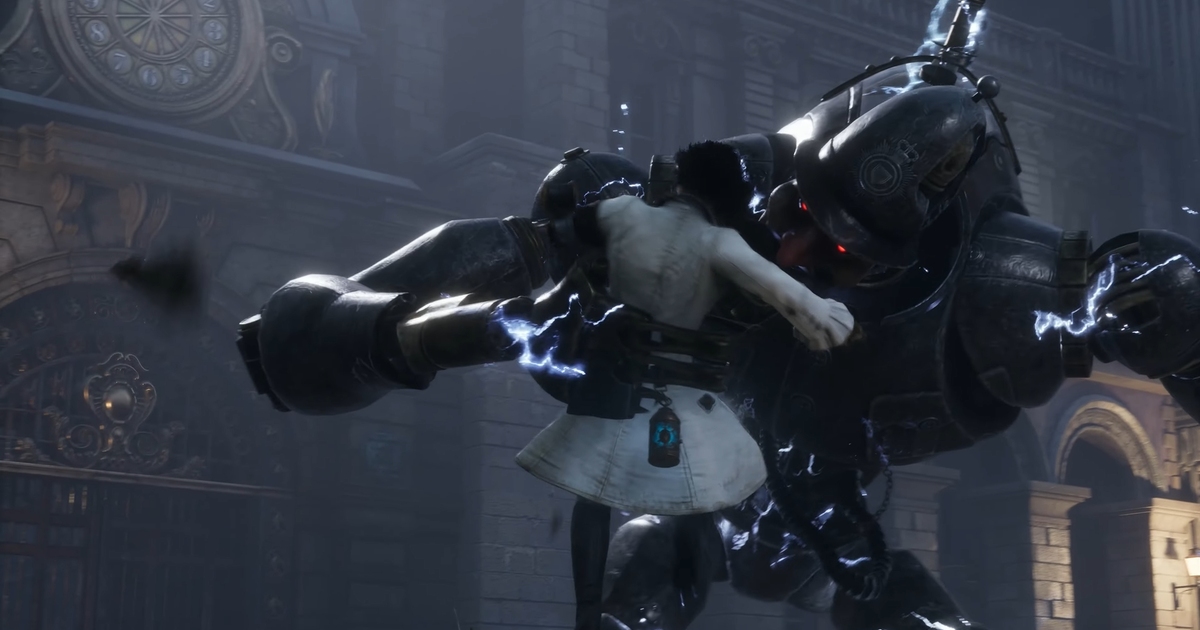 Bloodborne was great, but it didn’t have any lightning gorilla robocops. This is an upcoming problem Lies of P hopes to fix, as revealed in a new gameplay trailer designed to show off how nice it looks on a Radeon RX 7900 XTX. I will likely never own a Radeon RX 7900 XTX, but it’s looking increasingly likely that I will buy Lies of P.

It’s a Soulslike that plonks you into an alternate Victorian London where people got real good at inventing creepy automata. You play as the big P himself, Pinocchio.

We’ve seen clips of P’s combat before, but I much prefer getting to watch fights play out rather than being discombobulated by quick jumps between lots of different ones, like in the Gamescom trailer from last August. This gives a much better idea of ​​the pacing, with standard enemies that shuffle around while you pirouette between them doing fancy sword slashes.

The lightning gorilla robocop does not shame; dog stampedes. The way it slams the player around would make the Hulk proud, and I like the slight stuttering imposed by its clockwork chassis. A boss worthy of the extremely Soulsy double-handed door opening that precedes the encounter, surely.

As well as snazzy combat, publishers Neowiz have teased that the more lies you tell to NPCs “the more human players become, with all the advantages and disadvantages it entails.”

We’ll find out what that means when Lies of P comes out at some point this year. In the meantime, you can peek at its Steam page.