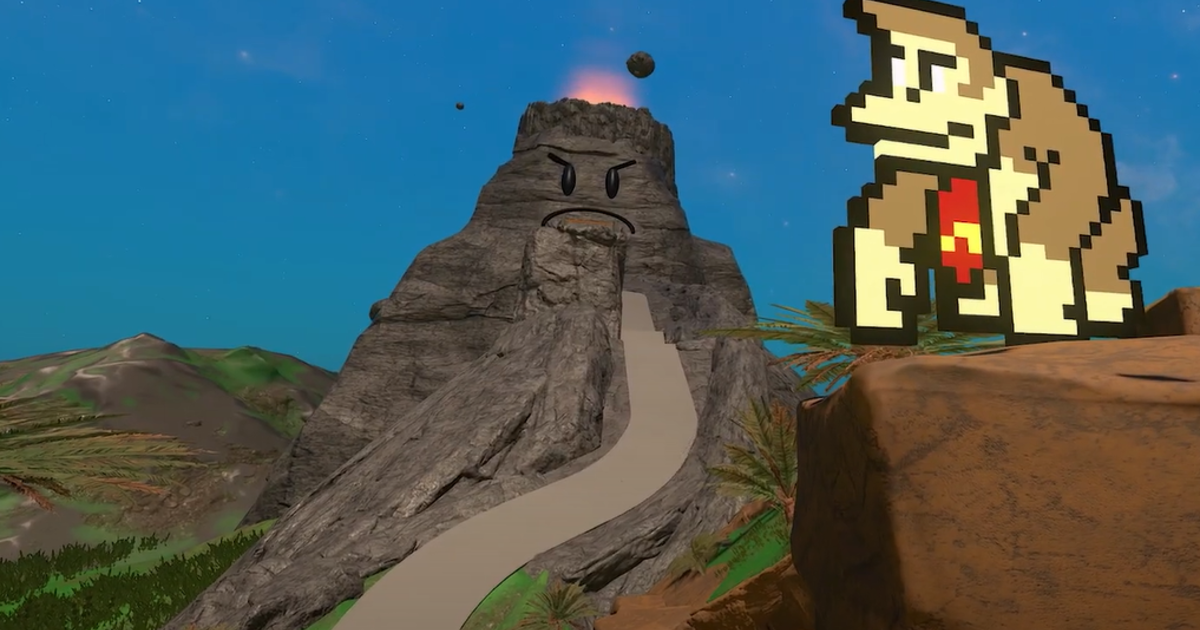 What’s the purpose of creative tools such as Halo Infinite‘s Forge beta if you can’t use them to stuff things from other, completely unrelated games into your timesink of choice? Well, Hinfinite map makers LudoHT and Its L0L0 have done exactly that, crafting a surprisingly authentic version of Mario Kart’s DK Mountain track. It sounds like there’ll be more tracks to slide your Mongoose around too, as they’ve also gone and made a Mario Kart race gametype for Halo Infinite.

Mario Kart aficionados will remember DK Mountain from the objectively best game in the series, Double Dash, and its follow-up Mario Kart Wii. The Halo Infinite version features the angry-looking mountain itself, spewing lava out of the top, and rickety wooden bridges, and falling boulders for you to swerve to avoid. LudoHT and Its L0L0 have even chucked in the track’s giant barrel cannon to fire Spartans all the way up Donkey Kong’s mountain, which is a great touch. You can check out the DK Mountain map on Halo Waypoint here.

The delayed Forge beta launched for Halo Infinite back in November, a year after the free to play multiplayer mode was released. Infinite players have been exercising their imaginations now that the long wait for Forge is over, with some quite impressive results. As Kaan spotted earlier this month, one map enthusiast managed to render Skyrim’s city of Whiterun and opening town of Riverwood in Halo Infinite using Forge. Others have recreated classic maps such as Halo 4’s Haven, and even found a way to project Halo Infinite’s mascot Craig the Brute onto any surface.

Halo Infinite’s multiplayer is a free to play. You can nab the main campaign from Steam and the Microsoft Store for £50/$60/€60, and it’s part of PC Game Pass. Season three of Halo Infinite arrives on March 7th, 2023.