I adore these Far Cry 5 recreations of mundane Edinburgh places 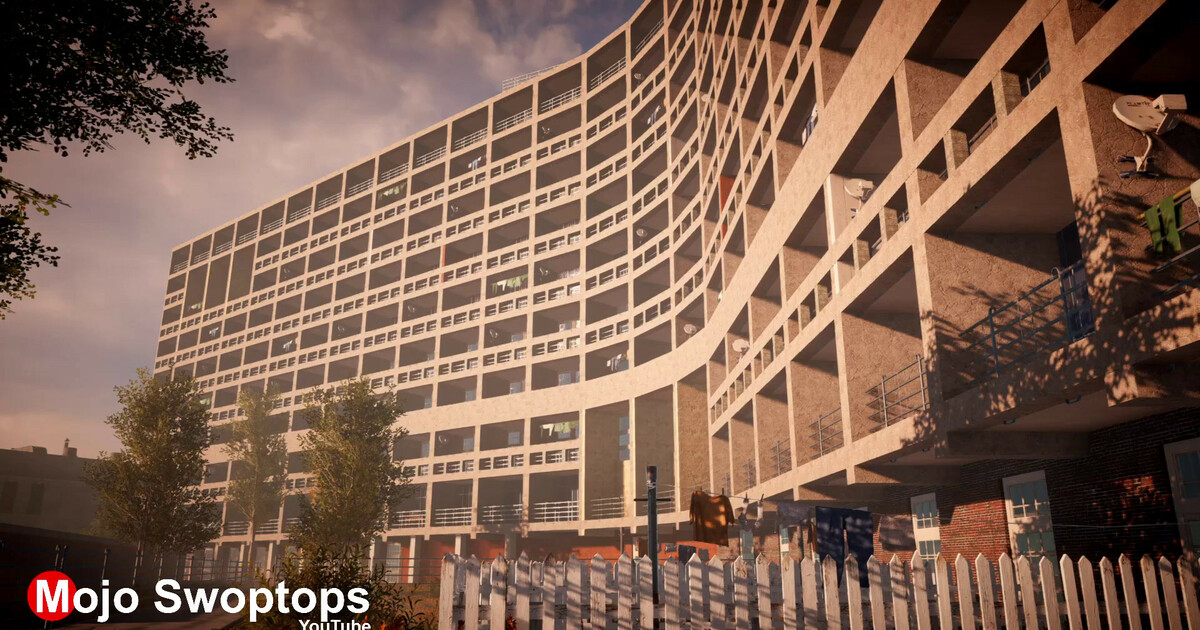 While Dan Douglas captures English culture in a Duke Nukem 3D levelanother mapper has been diligently recreating corners of Scotland in Far Cry 5. Since 2019, YouTuber “Mojo Swoptops” has rebuilt a wide and weird range of Edinburgh sights inside Far Cry 5’s level editor, from the big tourist landmarks like the castle and Forth Bridge to perfectly mundane places such as blocks of flats and nightclubs at chucking-out time. As an Edinburgh resident , it’s great fun to see, and a very pleasing contrast to the gleaming reimagination seen in Forza Horizon 5.

I first mentioned Mojo Swoptops in 2021 following their recreation of a long-demolished block of Edinburgh flats. As a big fan of weird mods and ephemera, choosing this to preserve was so interesting to me. And they do a great job of it, too. Since then, Mojo Swoptops have made squillions more Edinburgh nooks and landmarks.

Look here, it’s night down the Cowgate, a popular row of nightclubs, on the corner of music venue Sneaky Pete’s (where I’ve seen a few gigs), just up from the sticky-floored stag & student hell of The Three Sisters ( where I went once and quickly learned my lesson):

Or hey, here’s the The iconic ‘Banana Flats’ in Leithwhich went from the childhood home of Trainspotting’s Sick Boy to a listed building:

Or here, a council estate so generic that I feel I know the neighborhood yet have four different places in mind:

They make plenty of pretties too, mind. Here’s the much-Instagrammed Circus Lane:

Or a spot where you often see people queuing to take the exact same photo:

I feel weird pangs of nostalgia and frustration looking at North Bridge in Far Cry 5 not closed down by endless repairs—and the pavements not blocked by tourists walking three abreast dragging their luggage. I used to cross North Bridge a couple times a week and miss it, but when I have to go now I am instantly annoyed.

Or why not a post-apocalyptic Parliament:

They do make loads of other real places, like the viaduct made famous by the movie Saving Christmas Spirit:

Loads of unreal places too:

It’s always interesting when someone takes a liking to a tool and repurposes it to their own ends. Technically these are Far Cry levels, but they’re not being used as Far Cry levels, they’re little unrelated dioramas built in Ubisoft’s tools with Ubisoft’s assets. It’s quite good. And they’re good.

Do delve into their channel for loads more, and follow it to enjoy a steady stream of familiar and fictional places trickling into your feed. They’re just nice to see, yeah? And do check out the video descriptions for bonus local facts. I like this about The Balmoral from the North Bridge build: “Growing up, the legend among friends was that Jennifer Lopez stayed here and demanded hotel staff not look her in the eye. I’m not sure how accurate this information was but I’ and not been a fan of Jennifer Lopez ever since.”