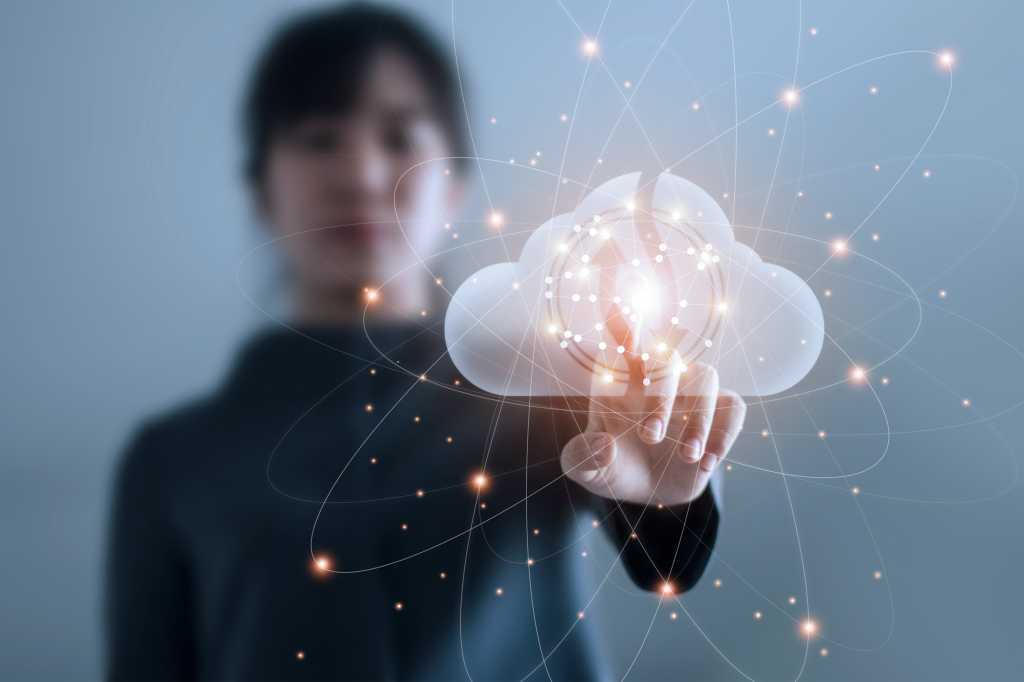 At Cleveland Clinic, CIO Matthew Kull is seeking to marry two vastly different disciplines: medicine and marketing. He’s succeeding with the help of a new industry cloud that takes care of essential tasks for healthcare providers while enabling Cleveland Clinic to look at patients through a marketing lens. “Patients have healthcare records, but they are also customers,” asserts Kull.

Considering patients as consumers might seem jarring but doing so paid off during the COVID-19 pandemic when Cleveland Clinic needed to reach out to patients who were skipping cancer screenings, like colonoscopies and mammograms, because they were avoiding hospitals. The famed institution used the CRM capabilities of Microsoft Dynamics, which is part of the Microsoft Healthcare Cloud, to interact with patients and schedule appointments, Kull explains.

Across a broad swath of industries, many organizations are discovering industry clouds that take care of table-stakes needs, freeing them up to innovate in their own ways. “It’s an accelerator, with pre-defined data models and workflow, so your scarce resources don’t have to re-create capabilities that are common to everyone in your industry, and you can focus your energies on things that will differentiate your brand, ” says Kate Leggett, vice president and principal analyst at Forrester Research.

“The value [of industry clouds] is not in the competitive aspect. Their role is to solve non-competitive issues. Lots of industry clouds are in regulated areas like healthcare or finance in which companies all have to deal with the same things,” says Nadia Ballard, research manager for industry cloud and SaaS at IDC. Ballard has compiled a directory of some 300 industry-cloud players but is challenged to define the size of the industry-cloud universe. “It’s so young, it’s hard to size the market correctly.” But, she adds, “We know it’s growing super-fast.”

In a new market with vast potential, cloud service providers are jumping in with both feet. The hyperscalers — Microsoft Azure, Google Cloud Platform (GCP), and Amazon Web Services (AWS) — all offer clouds for such industries as financial services, manufacturing, healthcare, and retail, often with partners that add capabilities geared to specific industries. Smaller players such as IBM and Salesforce.com are making their presence felt as well. In its second quarter earnings 2022 call, Salesforce.com reported a 58% annual jump in its industry cloud business.

Enter Rootstock. Because Boston Dynamics was already using Salesforce for customer support, adding Rootstock’s manufacturing cloud to the Salesforce cloud was a logical path to follow, says Wright. “It made sense to expand the Salesforce model, so we brought in Rootstock. It was a no-brainer,” he says. Also involved in Boston Dynamics’ manufacturing ecosystem is Nubik, a Rootstock integrator. The new approach is paying off for the robotics maker, which has cut its order-to-revenue time by 75%, according to Wright.

In the field of clinical research, Simbec-Orion is a smaller player that needed to up its game to compete with bigger rivals. Providing clinical trial management services for firms developing pharmaceuticals to treat rare diseases and cancer, Simbec-Orion was mired in reams of paper forms.

“We needed to leapfrog to become industry-leading,” says CIO Jim Kendall. “We’re a relatively small organization, but we were thinking big. We thought about bold process change and moving quickly with a partner that could help us with that change process,” Kendall says.

Those goals led Simbec-Orion to Veeva, an industry cloud provider whose Clinical Trial Management System handles the ins and outs of drug research and development. Implementing Veeva enabled Simbec-Orion to get rid of paper. “We went from 100% manual to digital trial master files in 12 weeks,” says Kendall.

“It allows us to spend our time and energy on the remaining 20% ​​to add value,” says Brenda Kirk, EVP and CIO for commercial bank and enterprise payments at Key Bank.

The Salesforce Financial Services Cloud provides a 360-degree view of bank customers, including all customers in a household, based on characteristics such as lending history, account status, and customer service interactions. The cloud also serves up analytic insights to guide banking staff in subsequent customer conversations. “The teams no longer spend time to find that information. They can be proactive,” says Kirk. By taking care of core functions, the industry cloud permits the bank’s wealth management professionals to spend 27% less time on administrative tasks, says Kirk.

Co-innovation: A two-way street of improvement

One trait of industry clouds is the feedback loop for co-innovation between industry cloud users and providers. By garnering input from industry players, platform providers can add features for the benefit of all customers, even competitors of the companies that suggested the improvements. For example, Cleveland Clinic’s Kull says he has given Microsoft feedback about how data should be structured so that patients’ medical records can be married to their consumer activity, the better to schedule ongoing interactions and visits. “You want to make that frictionless,” he says.

In addition, Cleveland Clinic is contributing to Microsoft Healthcare Cloud innovations that will improve the advance identification of degenerative diseases and cardiac illness, which Microsoft will be able to make available to other healthcare organizations.

Other industry cloud users are also actively providing input. Boston Dynamics is giving back by establishing a Rootstock user group to influence Rootstock on features the robotics company would like to see added to the platform.

Meanwhile, at Simbec-Orion, the presence of four Veeva staffers on-site facilitates ongoing information exchange, according to Kimball. “We give Veeva a huge amount of feedback,” he says. In one case, Veeva delayed the rollout of a classroom-based training feature so it could incorporate Simbec-Orion’s recommendations, the CIO says.

If industry cloud customers all use the same features, including those they suggest themselves, where will they gain a competitive edge? Low-code/no-code development environments provided by many of the industry clouds are enabling “citizen developers” such as business analysts to innovate their own enhancements, notes Forrester’s Leggett. Key Bank is benefiting from the Salesforce Financial Services Cloud’s low-code environment to ease the process of linking data to workflows, according to Kirk.

In addition to using Microsoft Healthcare Cloud’s low-code/no-code environment, Cleveland Clinic is integrating its systems with a common data model based on the Health Level Seven (HL7) Fast Healthcare Interoperability Resources (FHIR) standard, which defines how healthcare data can be exchanged between different computer systems.

“We wanted to align with cloud partners using the FHIR common data model across messaging, video, Microsoft Teams, and CRM to create a master data reference across the enterprise,” says Kull. Doing so gives clinicians a complete picture of what’s impacting patients’ lives and helps them understand how certain therapies affect diverse patient populations. And the cloud platform enables staff in Cleveland Clinic’s worldwide locations to access the same information. “It all works globally,” says Kull.

For a smaller firm like Simbec-Orion, simply having a larger partner like Veeva (now a $1 billion company) is an edge. “It’s hugely important to have Veeva. We tell customers how we’re going to manage their study with Veeva,” says Kendall. Perhaps even more significant, Simbec-Orion gains the ability to contend in a market of competitors that can be six times their size. “We’re able to punch above our weight against larger companies,” Kendall says.

As industry clouds gain maturity, implementers are learning how to get the most out of the platforms — and what to watch out for.

“You should rethink what you’re doing if you make a move like this — that’s digital transformation. Lift-and-shift approaches to cloudy are probably done in error. Old processes on new technology make for very expensive old processes,” advises Kull.

Wright of Boston Dynamics takes a similar tack, recommending a thorough business process analysis before signing up. “This stage is often overlooked because it takes time,” Wright says. “Understanding what your current state is, is time very well spent.”

Sometimes industry cloud users can be tempted to quickly add their own innovations to a platform, but that can be a mistake, says Kirk of Key Bank, because those innovations might soon be included in the platform itself. “Make sure you’re taking advantage of the products and services that are native to the extraordinary platform and use caution about where you customize,” she advises.

Forrester’s Leggett agrees. “You might develop some custom functionality, only to have the industry cloud provider add it as a feature six months later.”

Leggett also counsels caveat emptor for industry cloud customers. “Some clouds are just a collection of horizontal bits that have been packaged up and marketed without a lot of core functionality. Some don’t have good AI models and only have generic workflows,” says the analyst. And as with any cloud service, the total cost of ownership (TCO) can get out of control unless the customer is careful to use only the modules that match their needs, the analyst advises.

As customers find their way through industry clouds, the market is growing rapidly, which will fuel further growth as more companies latch onto the platforms, according to IDC’s Ballard.

“A successful industry cloud generates a gravitational force. More and more suppliers need to be on the same industry cloud. That in turn has a network effect. If your industry peers are on the platform,” she says, “You should be too.”