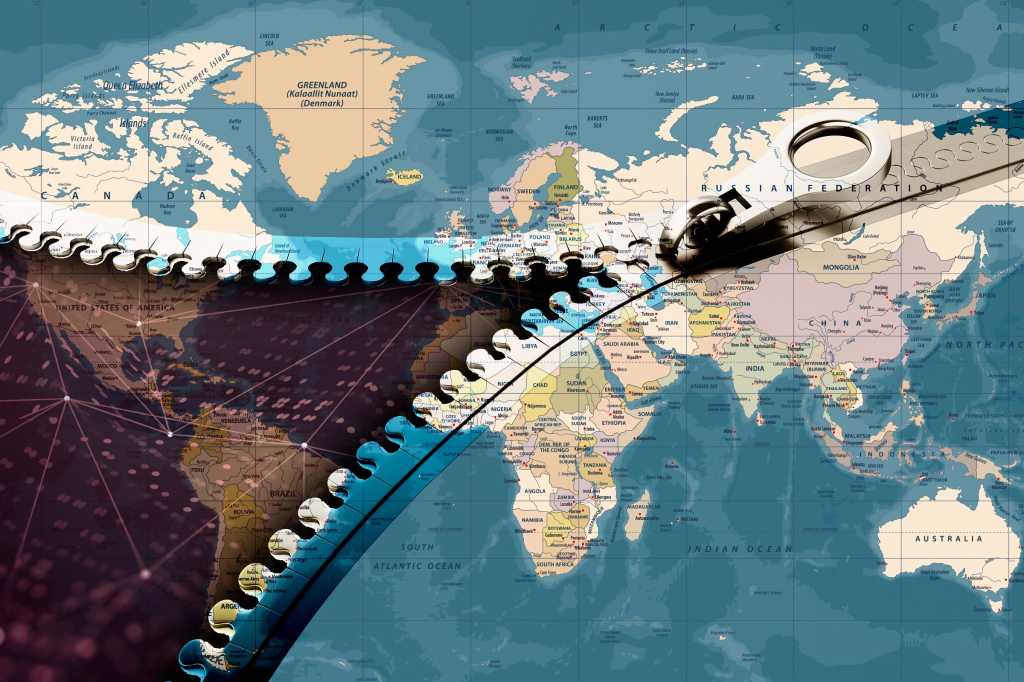 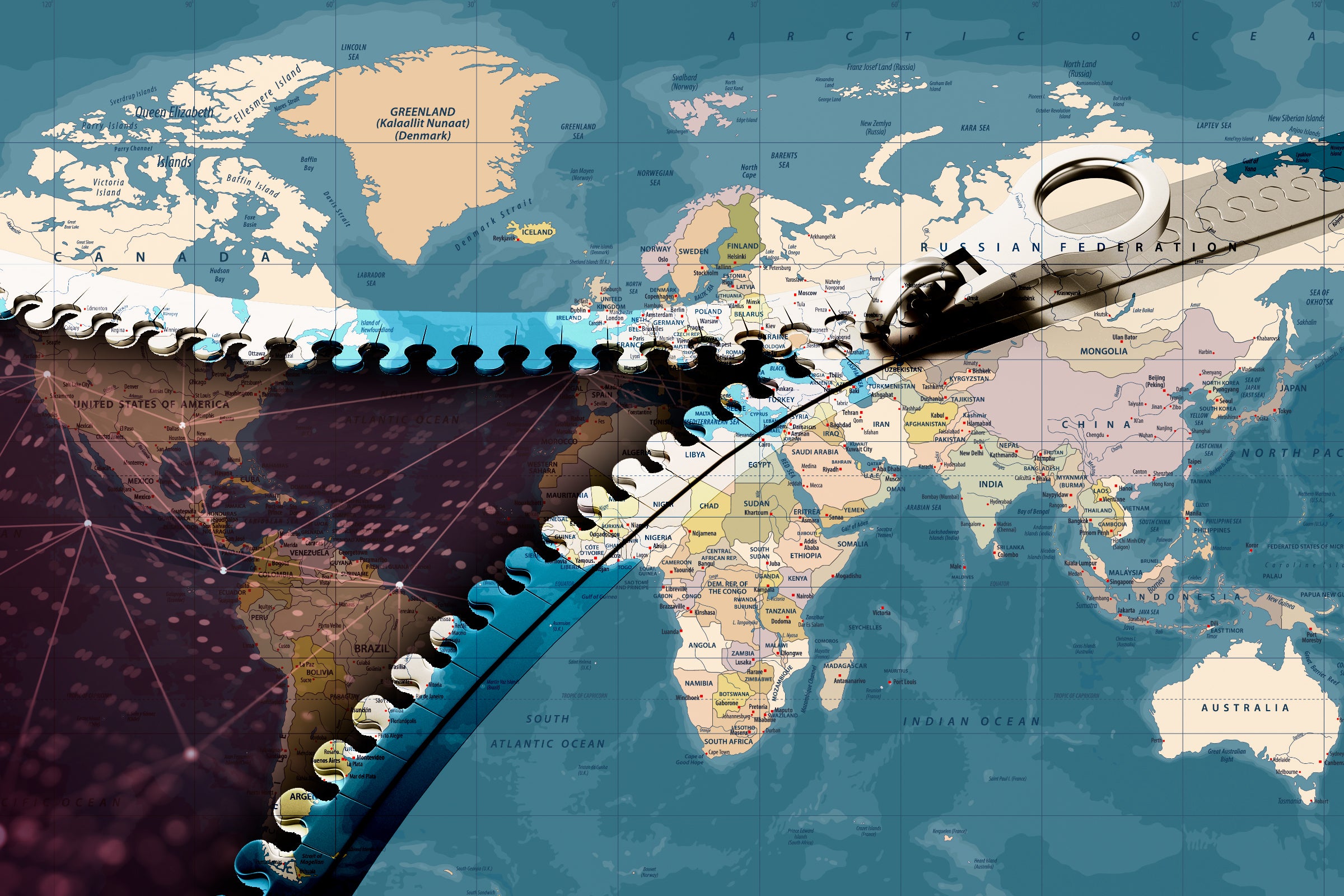 French multinational IT services company Atos is planning to split in two, much as IBM spun out its legacy-focused managed infrastructure services business to form Kyndryl in November 2021.

It’s a Hail Mary move for Atos. CEO Rodolphe Belmer, who was brought in on Jan. 1, 2022, to lead the company through the latest in a series of transformations, has nominated two deputy CEOs to lead the two new businesses, and has resigned, effective by the end of September.

Customers will have only just got used to the last shake-up, in February, which saw Atos reorganize its activities into three business lines. The largest of the three lines, “tech foundations,” bundles together what Atos calls its “mature” businesses: data centers and hosting; the digital workplace; unified communication and collaboration; and business process outsourcing. This business line accounted for just over half of all revenue at Atos in 2021. The other two business lines are “digital,” which brings together digital transformation and decarbonization services, and “big data and security,” focusing on research-intensive activities in cybersecurity, high-performance and edge computing, and mission-critical systems.

Atos and its customers, which include hotel chain Accor, electronics supplier RS ​​Components, and telco Telefonica, could pick up some pointers from how IBM handled its Kyndryl spin-off, as there are similarities between the two. Like IBM, Atos has a supercomputing business, operates its own data centers, and offers software, consulting, and IT services — albeit on a smaller scale. Atos has about one-third as many staff as IBM, which, before the split that gave rise to Kyndryl, employed 350,000 workers. IBM still has 282,000 employees, operating in 171 countries, while Atos employs 111,000, delivering IT services in 71 countries. Those staff are less productive, too: Whereas IBM reported of $57 billion in 2021 (or $200,000 per head), revenue at Atos was just $12 billion ($108,000 per head).

IBM was still broadly profitable when it split, having made a net profit of $5.7 billion in 2021, and saw the move as a way to free its high-growth cloud business from slower-growing legacy and maintenance activities. Atos, though, is in a much worse shape: It lost around $3 billion in 2021, and its legacy (or “mature”) activities aren’t just slow growing, they’re actually shrinking: The tech foundations business line declined in size by about 12% last year, and had a negative operating margin.

Unlike IBM, which spun out a business about one-quarter of its overall size, Atos plans to split itself into almost equal halves.

One of those halves will combine the company’s faster-growing digital and big data and security (BDS) business lines, and spin out from its parent under the name Evidian, which Atos already uses for its identity and access management products. It will be led by Philippe Oliva, who joined in April 2022 from Eutelsat (also Belmer’s former employer). Prior to that, Oliva spent almost two decades with IBM, much of it managing cloud and hybrid services.

The other half, consisting of the company’s tech foundations business line, will retain the Atos name. To distinguish this smaller, future entity from present-day Atos, the company is calling it TFCo for now. It has been led since the February reorganization by Atos veteran Nourdine Bihmane. He’s been with the company since 2001, just after the first appearance of the Atos name, although the company’s origins go much further back, with at least part of its business tracing back over a century.

Atos was formed through the successive mergers of a host of European IT services companies, including Philips Communications & Processing Services, BSO/Origin, Cegos, Sliga, and Schlumberger Sema, some of them founded in the 1960s or 70s. In 2014 it bought Bull, a French mainframe and supercomputer founded in 1931. Bull was founded to compete with IBM, making and selling tabulating machines patented by their inventor as early as 1919 to rival those of Hollerith, the company that would eventually become IBM.

If Atos had hoped the plan to split the company in two would goose the share price, it was sorely disappointed. On June 14, the day of the announcement, it fell about 25%, and has slipped lower since, suggesting that investors think the company will be no more profitable or successful as two parts than as one.

To convince investors — and the CIOs it serves — Atos will have to address a number of issues.

Continuity of service is likely to be one: Although the company is splitting along the lines of a reorganization already carried out in February 2022, the division into two companies will force Atos to duplicate central services such as billing or the systems employees use to communicate with customers.

IBM helped allay customer fears by naming its spin-off’s senior management team long before it named the new company. Atos chose to name its future CEOs, Bihmane and Oliva, on the same day it named the future companies, Atos and Evidian, but many of the other senior roles will have been settled in the February reorganization. The two halves, though, are each going to need their own CFO and other senior leaders they didn’t need while under the same umbrella.

Finding efficiencies and new business to return TFCo’s legacy hosting and outsourcing businesses to growth, just as the world plunges into recession, will be another challenge. It’s been trying throughout the COVID pandemic, but to no avail.

Bihmane has already set out his strategy to restore TFCo’s growth, profitability, and cashflow by 2026.

The first step, Atos said, will be to rationalize the company’s existing portfolio of activities, exiting non-strategic businesses and “turning around or exiting negative margin accounts.” Customers will have to pay attention here: Even if Atos decides to keep offering whatever it is they’re buying, CIOs with good deals are likely to be asked to pay more or find another supplier.

In the third step, “rebound,” Atos plans to pivot to growth by developing new offerings and investing in sales capabilities.

Kyndryl started out with similar ambitions to transform its legacy activities, but its first full quarter as a stand-alone business was a rocky one. In the three months to March 21, 2022, it saw revenue decline 3% year on year at constant currency (7% in real terms), and it forecast that revenue for the year to March 31, 2023, would also be 3% lower than the prior year. There was a silver lining, though: Kyndryl managed to halve its net loss for the quarter ending March 31 as compared to a year earlier, and forecast a slight pretax profit for the next fiscal year.

Things may be easier for Evidian, the more forward-looking part of the proposed Atos split. It has been growing organically by 5% year on year — a pace that is expected to increase to 7% post-split — with an operating margin of almost 8%, expected to hit 12% by 2026. Its stock-in-trade, Cybersecurity, is always in demand, and with energy prices spiraling upward, another of its activities, advising on reducing IT power consumption and carbon emissions, is much sought-after.