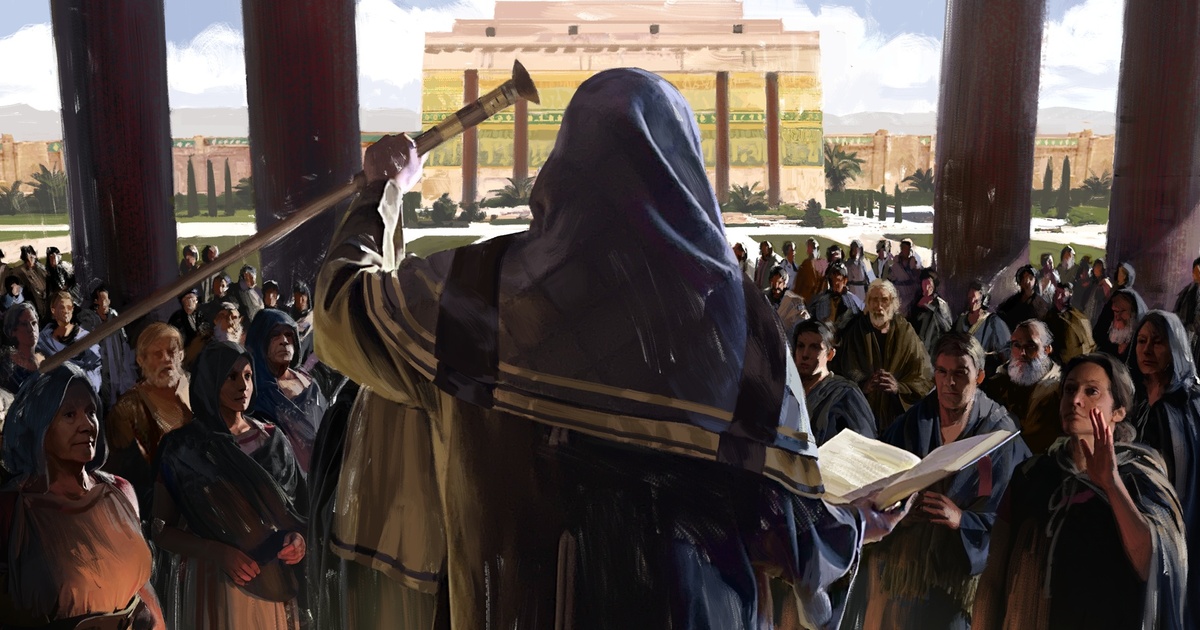 Grab your specialist gaming cassock, because historical 4X strategy Old World is doubling down on religion for its second wave of DLC on January 16th. The Sacred And The Profane pack bundles in more than 350 fresh events, mostly themed around worshiping things. There are also six new figures from the past to encounter, including the Christian apostle Saint Paul and the ancient poet Sappho, all bringing their own events. You can see some of the new characters in a teaser for the DLC below.

Devs Mohawk Games say the hundreds of new religious events in The Sacred And The Profane will bring a lot of “what ifs” to the Old World. The events range from small-scale rituals, and the everyday beliefs of people, to larger power struggles caused by state religions and newer beliefs that crop up to challenge beliefs in the ancient world. Six new characters make their way into the Old World with this DLC too, from Jewish rebel Josephus and supposed magic user Ostanes to Mani, the founder of, erm, Manichaeism.

The Sacred And The Profane also introduces a new type of character to your ruler’s court in the form of religious clergy, and you can induct existing characters into this group by taking on missions from the state’s religious leader. You’ll have to deal with the occasional bit of faith-based dissent too, as negative religious opinion in cities can create rebels. To put down any rebellions, you can either solve the matter peacefully through your clergy or sic the city governor on them to end things with violence.

Nate (RPS in peace) rather enjoyed the base game’s cleverness compared with rivals Civilization 6 and Humankind in his Old World review, but thought it wasn’t as fun. “Pretty much the whole game takes place within the first two historical eras covered by those others, and despite a wealth of features to help shorten the 200 turns in a game, they still take a good while to pass. It’s certainly not dry, but it’s more about patience and cogitation than quick rewards, with a great freight of factors to consider at each turn.”