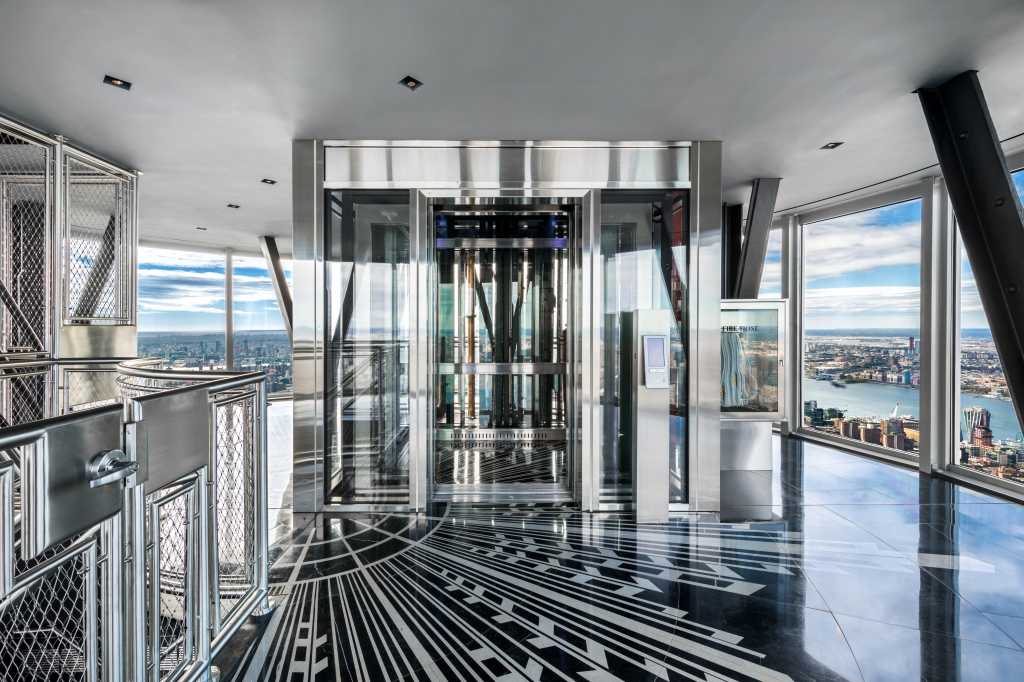 No one likes to get stuck in an elevator. Otis One, a connected solution from Otis Elevator, aims to help ensure that doesn’t happen by making the Farmington, Conn.-based company’s elevators smarter.

The solution, which incorporates IoT sensors, big data, AI, and a cloud-native application, is embedded in Otis’ Gen3 and Gen360 elevators, delivering customers and technicians real-time visibility of an elevator’s health, as well as data insights for predictive maintenance and options for remote troubleshooting, all of which have contributed to a 10% to 15% drop in downtime and almost 15% reduction in service requests, the company reports.

“The last thing [our customers] want is an elevator out of service,” says Rina Leonard, vice president and CIO at Otis. “We can see if an elevator is indicating health issues and proactively schedule maintenance. It’s uninterrupted service that the customer is seeking.”

Designed with controllers, sensors, gateways, real-time dashboards, and custom maintenance roles dubbed ‘Personas,’ Otis One serves roughly one third of Otis’ 2.1 million units globally. Otis One is currently offered in 12 countries and aims to expand to an additional eight countries by year’s end.

To date, the company, which primarily manufactures elevators for corporate buildings but also has some residential units in its portfolio, also reports a reduction in technician site visits of between 10% and 15% and a drop in call backs of between 10% and 20 %.

The solutions’ real-time monitoring and dashboards also offer customers and Otis service teams the ability to cooperate on quick fixes and to plan next steps if potential difficulties are detected in any of the units, Leonard says.

“We’ve seen a really good improvement in avoiding service requests, call backs, and repeat returns to units,” she says, adding that development on Otis One, which has earned a CIO 100 Award for IT innovation and leadership, started in 2019 “Our biggest population is our field technicians so that kind of productivity is critical for us.”

From the edge to the cloud

Otis One’s cloud-native platform is built on Microsoft Azure and taps into a Snowflake data lake. IoT sensors send elevator data to the cloud platform, where analytics are applied to support business operations, including reporting, data visualization, and predictive modeling.

“Analytics is really important,” says Leonard, who declined the specify the analytics used but noted that it is Microsoft-friendly. “That’s where a lot of the artificial intelligence and machine learning is applied. We analyze all the data we get back and then provide it to the field technician delivered to their mobile app.”

Otis One comprises three tiers, Leonhard says — edge, platform, and enterprise. The edge consists of various gateways, controllers, and sensors in Otis’ Generation 3 and Generation 360 elevators, which relay data to the Azure cloud at a specific frequency via a cellular network.

The platform tier encapsulates the common entry point — an IoT event hub that processes messages sent to the cloud from the edge in real-time. A built-in rules engine then analyzes the data, determines the condition of the elevator, and sends alerts or “informed dispatches” to customers and pre-defined “personas,” which can be remote technical experts, customer support representatives, or field technicians .

Such personalization benefits not only Otis technicians but customers as well. “They can see their units and the information is tailored to you if you’re a building manager,” Leonard says. “It’s information that’s pertinent to their role. We may share different data. If you’re a building owner versus your field technician. For them it would be more technically oriented, whereas for our customers they really just want to know the health status of their units.”

Otis One’s enterprise tier then integrates elevator and service data with data from its edge and platform tiers, and serves it up to web and mobile applications that display elevator data units across the globe, Leonhard says.

“The enterprise layer … presents integrated elevator service data in a real-time 360-degree view,” she says, adding that customers can drill down into this data on a mobile application to see real-time updates on specific elevators, including whether it may be stalled or be having response issues. “Let’s say they have a large portfolio. They can see how their inventory is performing, drilling down to individual units.”

“With the advent of the internet of things, most physical things can now be monitored, controlled, updated, and even operated remotely,” Berntz says. “This opens up a new world of ‘as-a-service’ for manufacturers, who can now start to sell outcomes” ranging from predictive maintenance to improved user experiences.

As part of this push to digitally transform Otis’ business, Leonard is looking to expand Otis One’s capabilities, including adding support for 5G and further enhancing its artificial intelligence and machine learning models. “As we grow this, [the units] should become healthier,” the CIO says. “We don’t know what we don’t know yet, but we will focus on how we can use these disruptive technologies to continually improve our product.”

Otis is also exploring a “mixed reality” option that would enable a remote technician to troubleshoot a problem virtually in collaboration with a second technician physically inside an elevator unit. Such a solution would also enable technicians in different locations to view schematis simultaneously in an overlay.

“This expands the technical reach of restoring that unit back to service,” Leonard says.