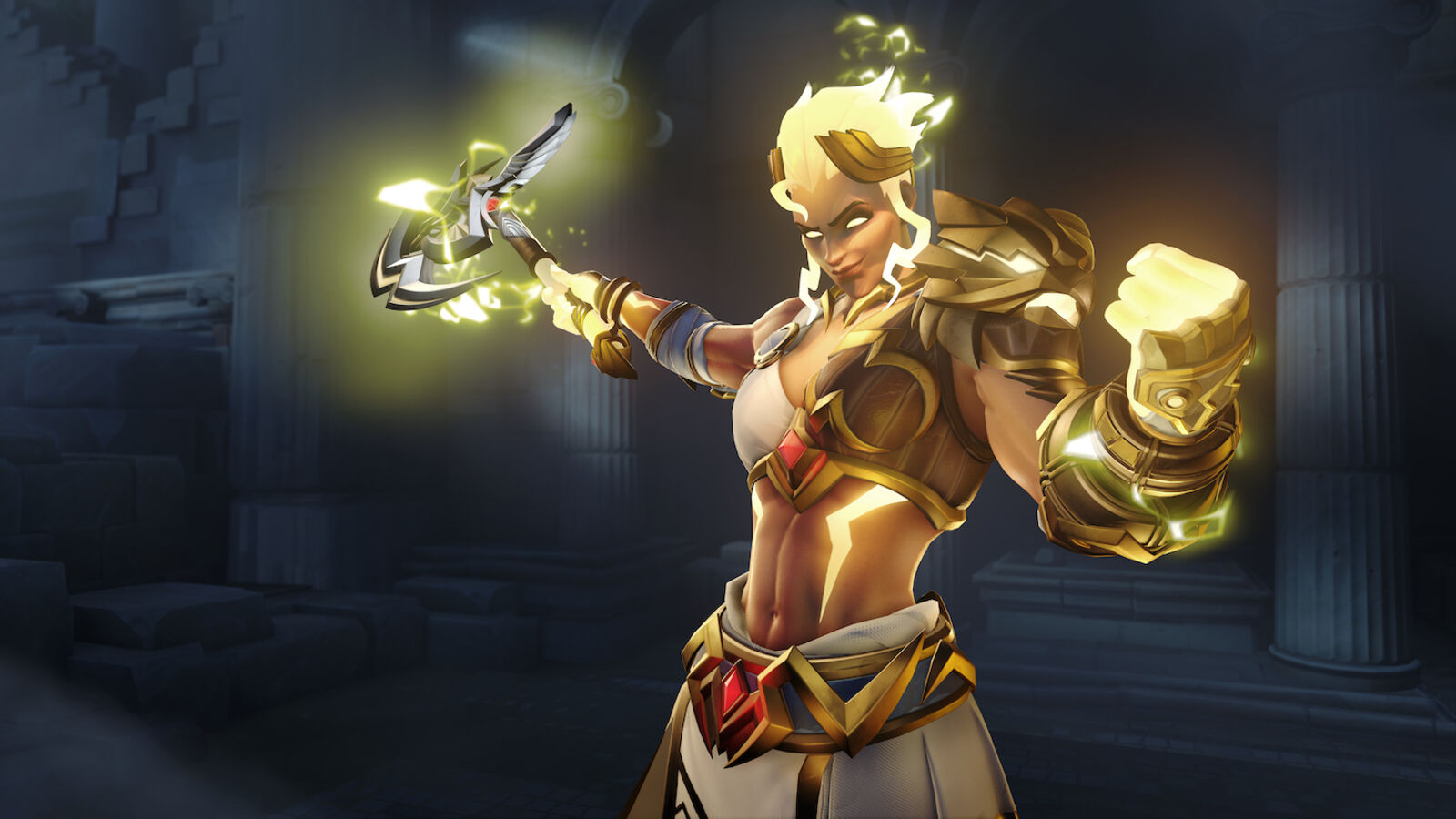 Overwatch 2‘s second season has been all about Greek mythology, with several characters receiving skins based on iconic Greek gods. But now that the festive winter event has wrapped up, Overwatch 2 is debuting its next limited-time event Battle for Olympus later today, and it’s reimagining seven characters’ abilities. The free-for-all deathmatch mode begins today and will be around until January 19th.

The recent trailer shows off seven of its featured playable characters alongside their new moves. Junker Queen, Reinhardt, Lucio, Widowmaker, Pharah, Roadhog, and Ramattra can all be seen duking it out for a place in Greek heaven. However, what’s most exciting are the glimpses of remixed abilities we see throughout, all themed around the Greek gods. For example, Ramattra’s Ravenous Vortex ability usually slows down enemies and drags them to the ground. But once Ramattra has his Poseidon cosplay on, the same ability makes enemies levitate off the ground.

Other cool tweaks include Junker Queen’s ultimate ability, which now rains down lightning with the fury of Zeus. Speedster Lucio is appropriately dressed up as Hermes, and his Soundwave attack seems to stun enemies in the mode. Widowmaker, meanwhile, looks even more deadly than Medusa as she petrifies enemies with headshots (although the Metal Gear-style exclamation mark over her head is decidedly less Greek, if you ask me). Pharah channels her inner Hades and can now move while using her ultimate. Reinhardt charges into battle like a Minotaur (regardless of any special event some might say), so it makes sense that he takes up that mantle here. His ultimate can now also pass through objects too. Roadhog, on the other hand, has gone full Cyclops, and his ultimate can be seen shooting out big, slow projectiles rather than the flurry of bullets he usually enjoys.

Blizzard says we can expect a global leaderboard that will tally eliminations for each hero at some point. The hero with the most eliminations will receive a statue on the Ilios map. The first few limited-time events for OW2 have fallen a little flat, so hopefully a community-oriented reward will make this event more exciting.

Ollie’s impressions of Season 2 were slightly mixed when it was launched. He was particularly impressed with the season’s new hero Ramattra, though saying, “he looks (and sounds) simultaneously stoic, majestic, enigmatic, and intimidating.” The balance changes, however, were “pretty underwhelming.”