Persona 3 Portable isn’t only a great JRPG, but a history lesson too 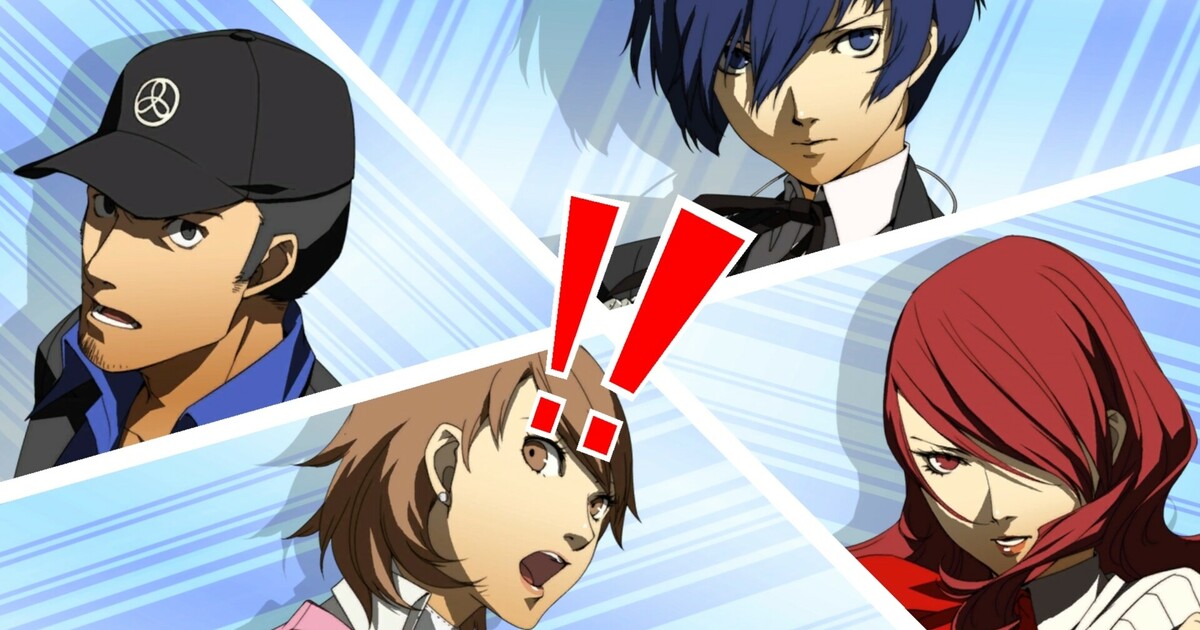 As someone whose only experience with the Persona series lay with Persona 5, I dove into Persona 3 Portable‘s PC re-release with one expectation: it will be old and therefore quite bad. Looking back, was I naive? Yes. And was I wrong? I’m delighted to report that I was catastrophically wrong.

From what I’ve played so far of Persona 3, I reckon it’s well worth a whirl if you’re a newcomer, or a Persona 5 fan who’s concerned that a game from 2009 won’t be all that good. Not only does it stand on its own as a fun high school mystery with an alarmingly dark undertone, it almost acts as a fun history lesson too.

The most surprising thing about Persona 3, to me at least, is its parallels with Persona 5. For whatever reason, I thought the series mirrored the likes of Final Fantasy, where the universe is largely shared, but the games are standalone in their themes and execution. Persona 3 is different in many respects, yes, and yet it’s structured so similarly it’s a bit like playing an older, remixed version of Persona 5.

Persona 3’s setup is immediately familiar to anyone who’s played Persona 5, in that you’re a high schooler who moves to a new area and joins a new school. There is, of course, a dark metaverse that’s bled into the real world, causing people to become – *checks notes* – coffins at midnight, or “Dark Hour” as your friends call it. Regular folks are totally unaware of this happening, and what’s even worse is that Shadows are feasting on the minds of those locked in this vulnerable state. But it just so happens that you and your pals are a rare breed who don’t turn into coffins when the clock strikes 12. So, you band together to fight the Shadows in a group called SEES (Shadow Elimination Egg Sandwich).

The Shadows seem to reside in this mega-structure called Tartarus. It’s a big procedurally generated dungeon that’s definitely a precursor to P5’s Mementos, with your goal being to ascend to the top and crush Mrs. Mega Shadow. Exploration here is a top-down-ish 3D affair, as you and your pals push through corridors and encounter Shadows that’ll warp you to turn-based battle arenas. Again, like P5, combat revolves around exploiting an enemy’s weakness to elongate your turns, and hopefully, knock the Shadowy bastards on their asses for those sweet, sweet All-Out attacks!

While it might not be quite as inventive or flashy as P5’s turn-based combat, it’s still plenty engaging and will most likely ramp up over the coming hours, anyway. And it’s fun calling on your different personas and landing those oh-so satisfying critical hits. While there’s no bargaining with the demons you scrap, you’re still able to collect them through random card shuffles at the end of certain fights. Yep, Igor and his Velvet Room are also there to splice different personas together too.

My favorite aspect of P5 lies in stuff outside of combat, you know, like hanging out in Shibuya or helping clean your foster dad’s kitchen after he’s had a busy day running the local café. P3’s all about building those social links too, as your bonds with mates can make all the difference in battle. Unlike exploration in Tartarus, you’ll explore high school and various parts of town by guiding a cursor across a static image, or bringing up a menu and warping instantly to your objective. This means that the game plays like a visual novel, except that I reckon it’s charming as opposed to archaic, lending your interactions with beautifully drawn pals and backgrounds a chill feeling.

And even if you’re not a fan of visual novels, the strength of Persona’s characters will keep you invested anyway. I mean, I’d take a bullet for Yukari and Junpei having only met them for only a few hours. One of my only gripes at the moment is the game’s lack of guidance. Yes, it’s good at gradually introducing you to the usual: a day-by-day structure, a remarkably judgmental student body, and stats like “Academics” and “Guts” that can be upped by correctly answering questions in class or taking part in a burger-eating challenge. Still, though, I’ve had moments where I’m a little lost as to how best to spend my time (something P5 Royal nails) and the simplest things like entering Tartarus when Dark Hour hits.

So far, I’m having a blast with Persona 3. It’s perhaps a bit more stripped back than P5, which is only natural given its age. But there’s still a fantastic time to be had here, as it’s very much a history lesson in one of my favorite games ever, thanks to its simpler – but no less interesting – takes on the demon-bashing and high-school stat-smashing I adore.