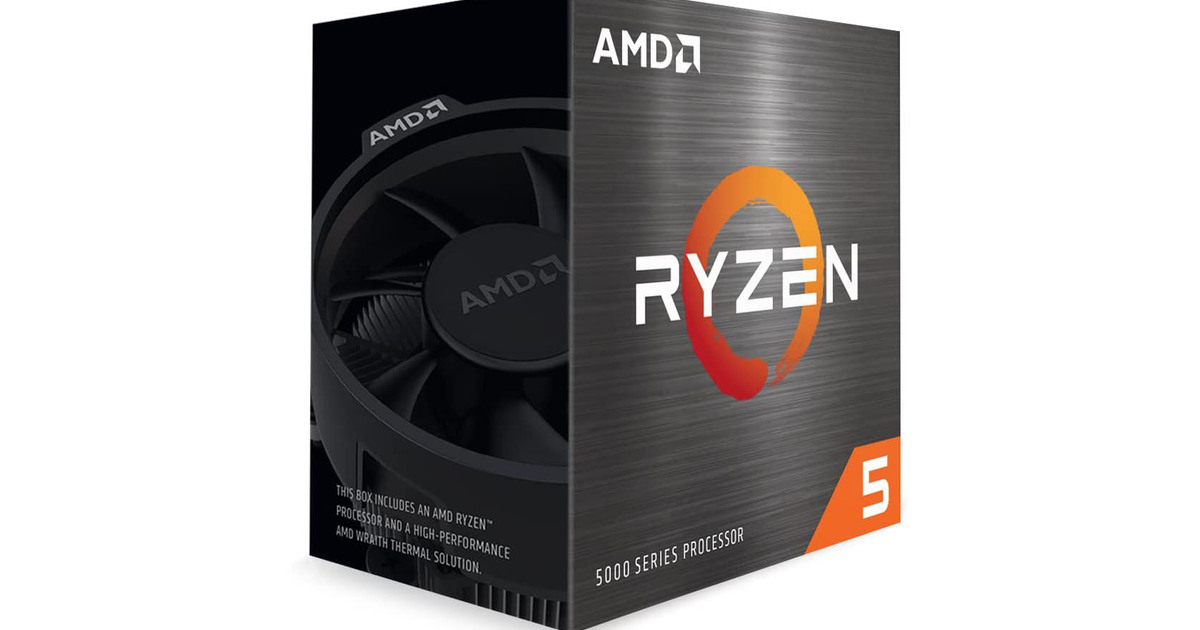 AMD recently announced that certain Ryzen 5000 processors come with free copies of Company of Heroes 3, so if you’re looking forward to the rather promising WW2 RTSdue to debut on February 23rd, this is a sneaky way of getting the game (normally £50) and a ~£100 processor for less than £100.

The Ryzen 5 5500 is also a cracking CPU, offering solid single-core speeds, a six-core 12-thread design and modest power consumption. And best of all, it’s compatible with a wide range of cheap AM4 motherboards and DDR4 RAM, making it a very inexpensive way to build a new system. The Ryzen 5 5500 comes with a stock CPU cooler, the AMD Wraith Stealth, which is perfectly adequate for a 65W CPU like this one – it should keep things cool, even if it’s a tad noisier than third-party alternatives with more complex designs.

Under the hood, the 5500 is admittedly a step down compared to the Ryzen 5600, a CPU that we’ve recommended on countless occasions. That’s because it’s based on AMD’s mobile Zen 3 architecture, codenamed Cezanne, rather than the desktop-oriented Zen 3, codenamed Vermeer. This means that, like the 5600G, this chip comes with half the L3 cache of the 5600 (16MB vs 32MB) and no PCIe 4.0 support. And unlike the 5600G, it doesn’t include integrated graphics.

However, the 5500 still performs quite reasonably in modern games, with reviews from the likes of Techpowerup showing identical performance to the classic Ryzen 5 3600, still strumming in the hearts of many gaming systems to this day. Their figures showed around a 15% frame-rate advantage for the 5600 over the 5500, averaged across the two dozen or so games they tested. Given that you’re paying about 40% more for the 5600, that makes the 5500 the clearly better value, even if you factor in the missing PCIe 4.0 support. And in fact, if you’re gaming at 1440p or 4K, or if you’re largely GPU-limited in general, then these margins become significantly smaller!

So: if you’re after Company of Heroes 3 and fancy a brand new CPU in the bargain, this is a great option! You can also pick up a higher-tier CPU, like the RPS-recommended 5600, 5700X or 5900X, if you prefer something a little faster.