The 7 new rules of IT leadership 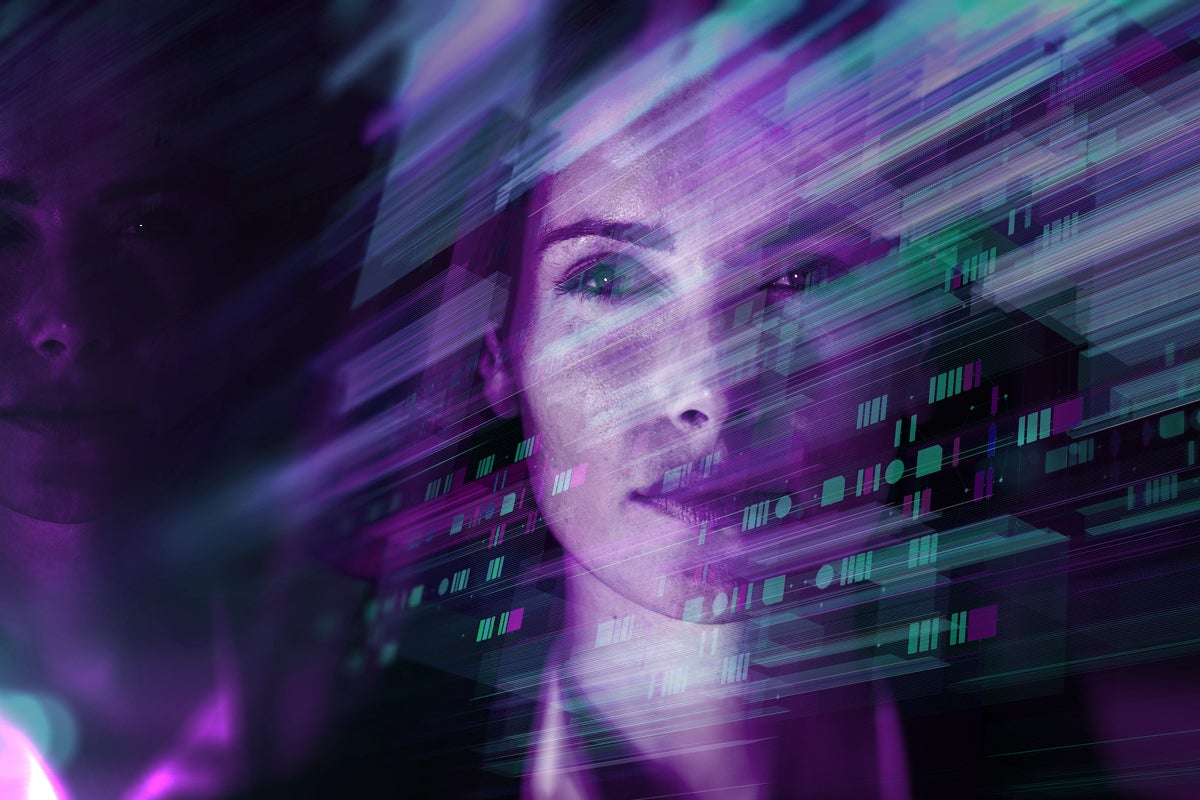 The CIO role continues to evolve, changing as dramatically as the technology it manages and maintains.

Moreover, the pace of the chief IT position’s transformation seems to be accelerating — likewise mirroring the speed of change in the tech stack.

Consequently, tech executives must lead, manage, and work differently than they did in the past. How so? Veteran CIOs, researchers, and advisors share the changes they’re seeing, offering a look at the new rules of IT leadership and the old ones they’ve replaced.

The command-and-control leadership style had been on its way out for all executives for years, before rebounding during the early days of the pandemic. At that point the take-charge-and-give-the-orders approach was exactly what organizations needed to get through the worldwide disruption.

Now that the crisis has subsided, that old-school management style has once again receded.

“People want a level of autonomy to direct their daily lives and to figure out how to manage their own jobs to meet expectations,” says Mark Taylor, CEO of the Society for Information Management (SIM), a professional association for CIOs and IT leaders. .

That shapes how CIOs need to manage and lead.

As Chris Nardechia, chief information and digital officer at Rockwell Automation, says: “CIOs would once come with the answers; now you’re coming with questions.”

Nardecchia says he and other CIOs today are working as facilitators focused on bringing the right people together to work on problems, tasking them to devise the best solutions rather than dictating the presumed solutions to them.

As such, CIOs need to facilitate and empower in big and small ways if they want their teams to succeed, Nardecchia says. As an example, he points to how he and other managers run meetings these days. He uses various strategies and even digital tools to make sure the dominant personalities aren’t the only ones that speak in meetings and that everyone has a chance to share opinions.

“It’s about providing opportunities for people,” Nardecchia says, adding that today’s IT leadership is also about coaching through asking question, soliciting input, and trusting that workers are capable of doing their jobs. “You give them the power to make decisions, to debate ideas, and to come to a consensus. You empower them to work together.”

Old rule: Stay in your lane

New rule: Collaborate across the enterprise

In the past they weren’t as open to moving out of their zone. But the role becomes more fluid. It’s crossing product, engineering and into the business,” says Erik Brown, a senior partner who works in the Product Experience & Engineering Lab at digital services firm West Monroe.

Brown compares this new CIO to startup executives, who have experience and knowledge across multiple functional areas, who may hold specific titles but lead teams made up of workers from various departments, and who will shape the actual strategy of the company.

“The CIOs are not only seeing strategy, but they will inform it; They can shape where the business is moving, and then they can take that to their teams and help them brainstorm how to support that. And that helps build more impactful teams,” Brown says.

He continues: “You look at successful leaders of today and they’re all going to have a blended background. CIOs are far broader in their understanding, and where they’re more shallow, they’ll surround themselves with deputies that have that depth. They’re not going to assume they’re an expert in everything. So they may have an engineering background, for example, and they’ll surround themselves with those who are more experienced in that.”

John Marcante, US CIO in Residence at Deloitte who has worked in tech leadership for nearly four decades, says he, too, has seen the need for CIOs to bring a broader perspective to their roles as they’re now expected to lead big cross- functional teams and transform not just their tech stack but the entire organization.

“The CIO position is now a training ground for CEOs, so it has to be less siloed,” he adds.

The customer delight principle has been reshaping how organizations design and prioritize their touchpoints with their customers — and that is forcing IT to think and work differently, too.

A CIO has to change the orientation of their people. Whether the customer is an external or internal [user]the orientation has to be outside in,” says Bobby Cameron, vice president and principal analyst at research firm Forrester, where he focuses on best practices for IT.

Users expect an “integrated set of services oriented to user success,” he says.

In other words, they expect technology to be tools that they can easily use to accomplish the tasks they’ve set out to do and/or solve their problems. The technology can’t feel or actually be an obstacle to those objectives. Nor can it be something IT designed and delivered expecting that the users should adapt their needs, practices, and processes to accommodate the technology.

Yet research shows that many IT departments have not yet made the shift to customer-led design and delivery, Cameron says. He notes that Forrester has found that 59% of CIOs fall in what Forrester calls the traditional mode of leading IT. Only 33% are “future-fit,” meaning they’re focused on speed, flexibility, and value.

He advises CIOs to bring iterative development practices as well as human-centered design into their IT practices, “so you’re able to solve problems from the user perspective.”

There’s no question that stable, strong IT infrastructure is more essential now than ever, yet CIOs can’t succeed by making a steady state the-end-all-be-all. Instead, they must be change agents who are not only OK with constant change but also advocate for it while ensuring infrastructure can scale and support that change.

“Success is managing change versus moving from one fixed stone to another,” Cameron says. “So for CIOs to be really successful in this new environment, they need to be able to make change continuous, and they have to find ways as leaders to help their people understand how to do that.”

There is mindset shift here but equally important — if not more so — is the need to change how work actually happens. One of the most prominent adjustments for IT is the move from approaching technology delivery as projects — something that’s planned, executed, and completed — to a product mindset that embraces incremental improvements delivered throughout a digital tool’s lifecycle.

CIOs are instrumental here, Cameron says, as they need to build an IT department that breaks down silos between teams, supports collaboration across the entire enterprise, and adopts agile development methodologies. They also have to invest in the technologies that enable agility and change, such as cloud computing. And they have to develop a governance structure that supports, rather than stifles, continuous change.

“Building processes and controls that are required to keep the lights on, that’s not going to allow CIOs to lead the transformational change that organizations are trying to drive,” Brown says. “That approach basically constrains organizations rather than unleashing them.”

That’s not to say that CIOs should chuck all policies, standards, and controls.

CIOs who consider controls and security requirements as guardrails and then automate as much of them as possible create for themselves and their team an environment that allows more freedom to innovate, he explains. That’s because there’s space to maneuver, try, fail, and learn safely; the guardrails — particularly those that are automated — act as something of a safety mat.

Rockwell’s Nardechia has seen that in action, noting that he’s willing to give bold ideas “a try even if I’m skeptical” because of the tack he has taken that he has built trust in his staff.

“In the past, each of our weeks were filled with operational and performance management meetings — measuring and tracking project progress, reviewing operational performance metrics [such as] incidents, ticket closures, continuous improvement, etc. Basically, a heavy hand on the steering wheel of the operations,” he says.

Instead of that heavy hand, Nardecchia and his leadership team now have quarterly performance and status updates as well as one-to-one meetings “to keep everyone aligned, listen to feedback concerns, engage our staff and partners, talk about vision of the future.” , strategic imperatives and coach, mentor and sponsor of our teams and colleagues in other groups.

He says this all builds engagement and trust while also providing the required guidance.

Nardecchia and his leadership team also set clear goals and specific expectations via objectives and key results (OKRs) and link individual goals to the company’s strategic goals — another way to set guardrails without being unduly rigid.

“By setting clear goals and expectations, and providing regular feedback and support, we help the team stay focused and motivated, even in challenging and uncertain environments,” Nardecchia says.

Kristen Lamoreaux, president and CEO of IT executive recruitment firm Lamoreaux Search, has seen a change in the type of CIOs in most demand. Companies now want executives who focus on workers, instead of taskmasters focused solely on their teams’ output, she says.

There’s a reason for that shift, Lamoreaux says, as the CIOs who are most successful today are those who have a human-centric approach to managing and leading.

The tight IT job market, in which workers — particularly top tech talent — have their employer pick is driving this shift, she says. So is an ongoing change in societal priorities. “COVID has taught all of us that there is no greater priority than your health and the health and well-being of your friends, family, and co-workers,” she says.

Lamoreaux says many executives built a human-centric culture during the height of the pandemic. They enabled virtual work. They tolerated (even welcomed) the presence of pets and children in the background of Zoom meetings. And they support flexible schedules.

But Lamoreaux says some executives are pulling back, advocating a return to the pre-pandemic “normal.” That, however, isn’t something all workers are willing to accept. “It is still a market-driven candidate,” she says.

The most successful executives, including top CIOs, are remembering to keep their workers first, Lamoreaux says, in part by continuing to support flexible work, including virtual or hybrid options. They are also focusing on employee development and are building diverse teams and inclusive cultures. And they’re respecting boundaries.

“It’s in how you treat your workers,” Lamoreaux says. For example, such CIOs won’t send out emails overnight, recognizing that even if they don’t expect a response workers may feel obligated to check and respond at any and all hours.

“This doesn’t mean you’re not holding accountable employees for the work. Rather, it’s building a culture where employees have a voice, where CIOs will listen to them. There’s confidence that the employee can get the job done,” she adds.

Marcante, Deloitte’s CIO in Residence, says he knows the value of focusing more on the workers than only on output. He points to one of his prior roles, where employee engagement was in the 20s when he started but jumped to the mid-80s during his tenure. He credits his focus on empowering and inspiring workers.

“You talk less about operations and infrastructure goals and you talk more about customer outcomes, ennobling the mission of the organization, talking about providing real value to others and not about maximizing shareholder value,” Marcante says.