The best new features in .NET 6 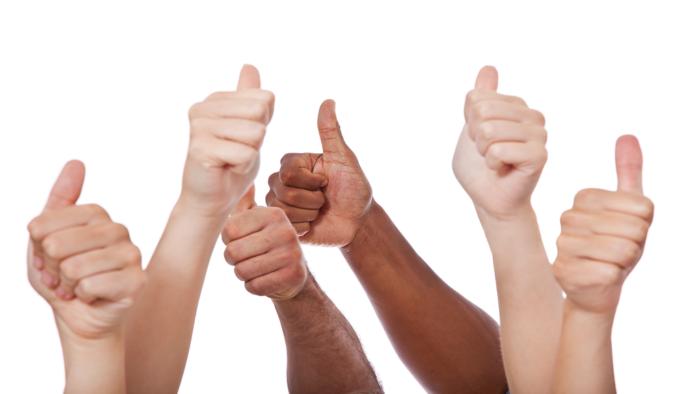 Microsoft .NET 6 is the culmination of the .NET unification that started with .NET 5. Cross-platform .NET 6 merges the .NET Core, .NET Framework, and Xamarin/Mono technologies into a single .NET Framework, unifying the SDK and runtime for desktop, mobile, web, and cloud applications.

Microsoft made .NET 6 generally available on November 9, 2021, alongside C# 10 and Visual Studio 2022. In addition to an improved developer experience overall, .NET 6 brings significant performance boosts compared to its earlier counterparts. In fact, .NET 6 is the fastest .NET yet. It’s also a Long-Term Support (LTS) release, which means Microsoft will support .NET 6 for three years.

It goes without saying that you must understand the new features of .NET 6 before you can take full advantage of them. This article discusses what’s new in .NET 6 and what it means to go forward as a C# 10 developer. You can download a copy of .NET 6.0 for Windows, Linux, and macOS.

A unified and extended .NET platform

.NET 6 provides an unified platform for desktop, mobile, web, cloud, and IoT applications. The underlying platform supports applications of various types and makes it simple to re-use code across all applications. New features and enhancements have been introduced to ensure that code executing in the cloud, on a desktop, or on a mobile device all behaves the same way.

One of the most enticing enhancements is the .NET Multi-platform App UI (.NET MAUI). You can now write code that provides a modern client app experience across desktop and mobile operating systems in a single project. .NET MAUI became generally available in May.

Note that neither .NET 5 nor .NET 6 is a replacement for the legacy .NET Framework. Microsoft has no plans to port Web Forms, Windows Communication Foundation (WCF), or Windows Workflow Foundation (WF) from .NET Framework to .NET 5 or .NET 6. However, there are supported alternatives for each of these technologies as shown below .

Let’s now look at the new features and improvements in .NET 6.

Performance is significantly improved, particularly for file I/O, resulting in reduced execution time, latency, and memory use. The FileStream class has been re-written to improve async file I/O performance. The implementation on Windows no longer uses blocking APIs, which makes it several times faster.

Profile-guided optimizing (PGO) is a compiler optimization technique and a new feature introduced in .NET 6 that allows the JIT compiler to generate optimized code according to the types and codes that are most often used.

Microsoft’s work toward an unified platform for .NET applications started with .NET 5. The idea was to provide a uniform platform for developing apps that can run on any device and any operating system. Thus all .NET 6 applications, across web browser, desktop, cloud, IoT, and mobile devices, use the same .NET libraries.

New APIs have been added for HTTP/3, JSON, mathematics, and more.

There have been significant improvements in security, such as support for the ChaCha20Poly1305 encryption scheme, OpenSSL, and “defense in depth” runtime mitigations.

The significant improvements in C# 10 include the introduction of new lambda capabilities, record structs, and implicit use. There have been improvements to F# 6 as well that include pipeline debugging and Task-based async.

Improvements to JSON APIs bring more capabilities and enhanced performance. A new source generator for System.Text.Json has been introduced that eliminates the need for runtime reflection and code creation and allows for the production of appropriate serialization code at build time.

Cloud diagnostics have been enhanced with the addition of OpenTelemetry and dotnet-monitor, which are currently in production and accessible with Azure App Service.

Source generators and analyzers have been introduced to help you write better, safer, and faster code.

Hot Reload is one of the most striking new features added in .NET 6. You can take advantage of this feature to modify the user interface when your application is in execution. You can see the changes reflected as soon as you save them—you don’t need to restart the application. This feature boosts developer productivity.

This is a long-awaited feature in .NET. You can now set values ​​to an object that is just a date or a time. Below are a few examples that illustrate how you could use DateOnly and TimeOnly structs.

With .NET 6, you now have support for async streaming, using IAsyncEnumerable

When you create a new .NET 6 application in Visual Studio 2022, the TargetFramework node should refer to .NET 6. A typical .csproj file created in .NET 6 will look like this:

You can also specify a specific flavor of .NET 6 if you’re targeting a operating system:

Note that some technologies were dropped in .NET 5. Hence, they are not a part of .NET 6 as well. These include the following:

After the release of .NET 5, Microsoft promised to deliver a new version of .NET in November of every year. The following table lists the release schedule for .NET.

.NET Framework was deprecated after .NET 5 was released. This means you can still use .NET Framework on versions of Windows that support it. However, with Microsoft shortening the lifecycles of the operating systems, you could easily end up using a Windows version whose end-of-life has already arrived.

Microsoft provides Long-Term Support for .NET 6. It should be noted that LTS releases are usually supported for a period of three years from the date of release. Thus, Microsoft plans to support .NET 6 until November 2024. The next LTS release, .NET 8, is due in November 2023.

A new era of .NET development

From a better, faster, and unified runtime to an improved developer experience, the sweeping benefits of .NET 6 make it the most significant release in the .NET ecosystem since .NET 4. .NET 6 is both the fastest .NET yet, with a smaller footprint and reduced resource consumption, and the most developer-friendly, with many language enhancements and features like Hot Reload.

Most important, .NET 6 takes us a big step toward easing the development of cross-platform applications. It is a cross-platform framework that allows you to create native mobile and desktop applications for Android, iOS, macOS, and Windows, without having to maintain multiple codebases to support all these different platforms.

Microsoft .NET 6 not only establishes a new foundation for all future .NET platforms. It marks a new era of developing performant, modern-day applications for multiple operating systems and architectures in .NET. With an unified platform, better language maturity, and improved developer tools, .NET 6 is well set to be the default Microsoft development platform for years to come.