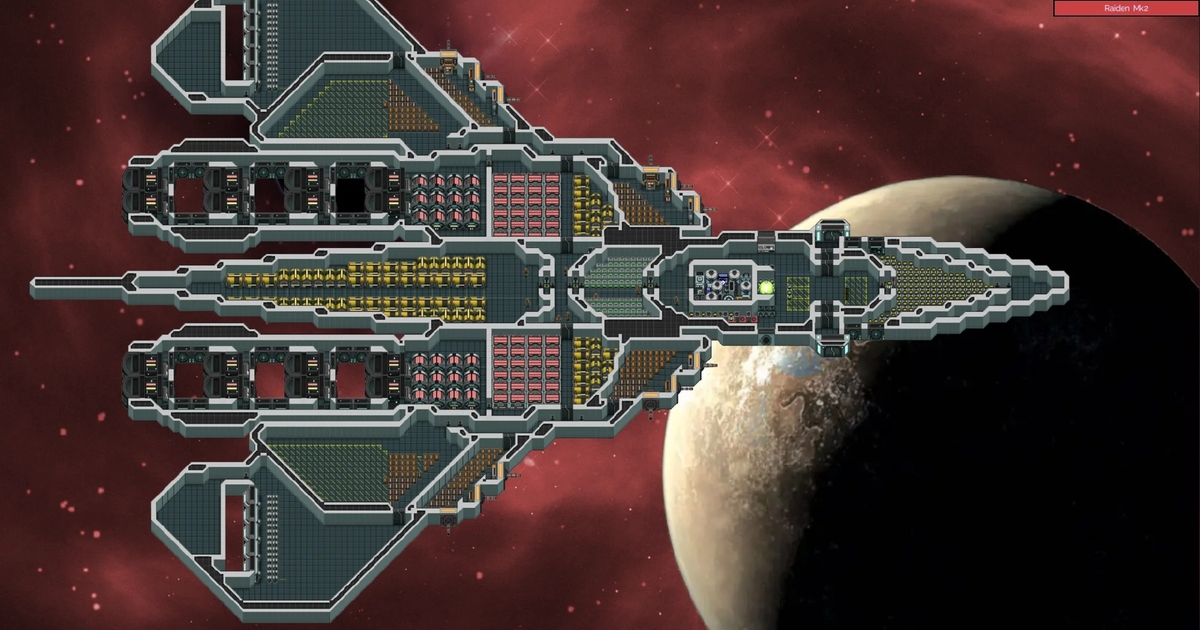 The Prison Architect devs’ next management sim The Last Starship is heading out of alpha and into early access on Steam this spring, RPS can exclusively reveal, and there will be a public demo going live later this week on January 26th. If you’ve ever fancied yourself as the Captain Kirk or Commander Adama type, then you’ll have a chance to construct and run your own spacecraft, and choose what missions you take on in this spaceship management game. Watch the latest trailer for The Last Starship below to get an idea of ​​what spacey shenanigans await.

You can build some fairly small, standard-looking starships to start with in The Last Starship, but it looks like that’ll expand to let you create some bloomin’ great hulking space vessels later on. These seem to be in pretty much whatever shape you like, too. The trailer shows gigantic, scarab-shaped monstrosities propelled by rows of giant engines, and some truly giant lads that could give Homeworld‘s carriers pause for thought. One ship isn’t enough for any good starfleet though, so you’ll go to design a whole bunch with different capabilities.

Of course, you’ll have to command a crew inside these titanic frames, and manage resources such as oxygen and fuel to keep them alive. If you can, then you’ll be able to take your ship on an exploratory mission around the universe. This might pit you against pirates in inter-ship combat, so you might want to trick it out with railguns and other sci-fi ordnance. There’s more peaceful, and potentially lucrative missions to head off on too, from starting your own asteroid mining hustle to saving the crews of stricken vessels from certain doom.

Prison Architect and Darwinia devs Introversion Software are behind The Last Starship, which they first shown back in June last year. The game was due to launch into early access sometime towards the end of 2022, but that slipped into early this year.

While we wait for a more exact date for its early access release, don’t forget that The Last Starship’s playtest is still open for now, although there will also be a public demo available from January 26th over on Steam. The game will also be part of the upcoming Steam Next Fest in February, too.