The RPS Selection Box: Hayden’s bonus games of the year 2022 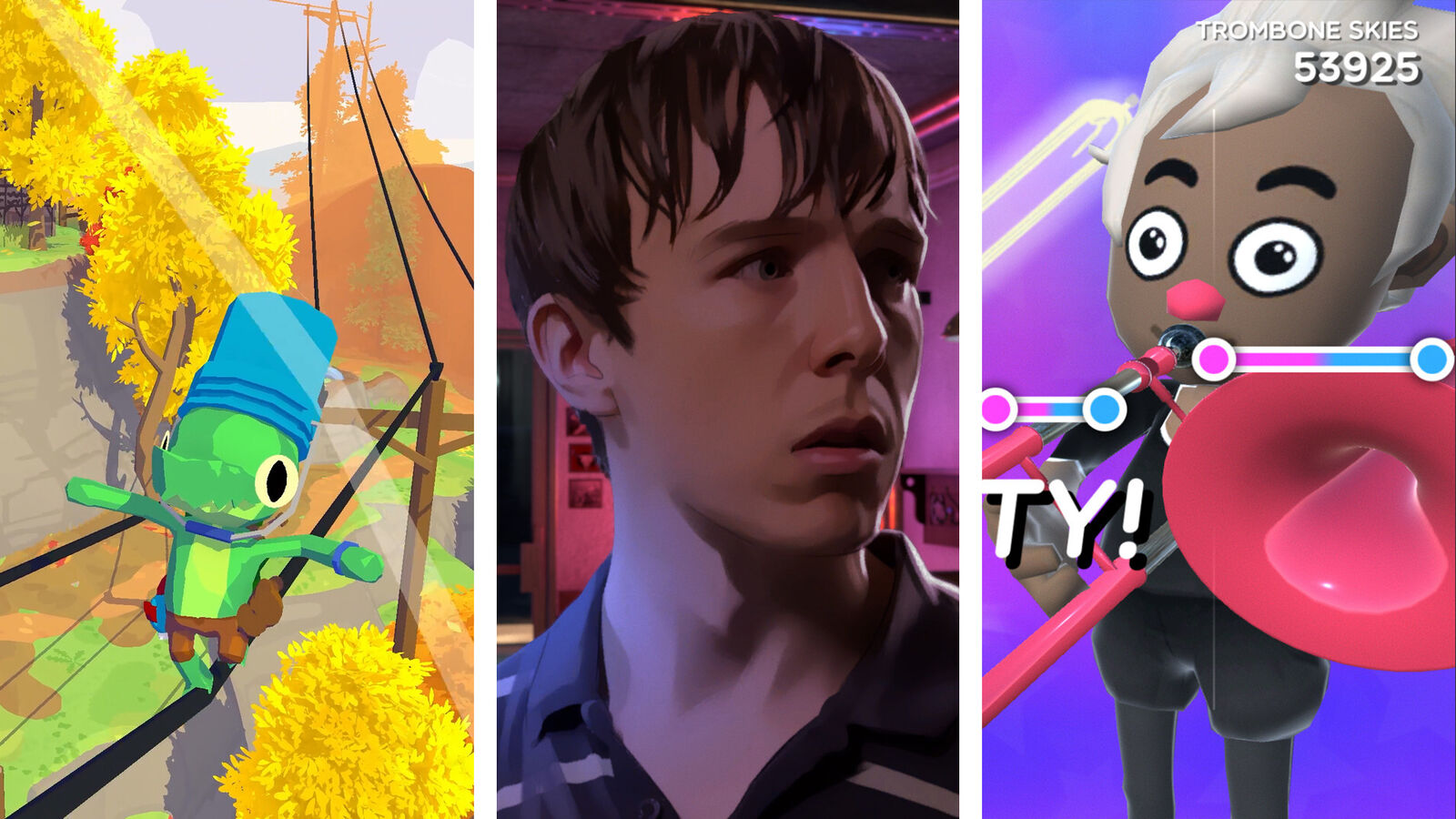 We liked so many games this year that we couldn’t fit them all in ours Advent Calendar. Everyone on staff has picked a Selection Box of bonus games they want to give hon. menchies for 2022.

These honorable mentions lists are a lovely little wrap up of games we couldn’t squeeze into the 2022 Advent Calendarand mine is also a useful reminder that I didn’t just spend the entire year playing Elden Ring. Lots of time was spent as a lowly tarnished, getting smacked around by big fucken madlads with a dragon for an arm, sure. But I also got lost in a thrilling narrative adventure, laughed at flatulent renditions of our national anthem, swept up loot in Al Mazrah, and became enamored with a lil gator. Here’s to 2022, everyone.

Ace Dusk Falls is an interactive adventure that follows two families in the worst of situations, as a small town motel hold-up quickly escalates into something much worse. It might stand out due to its pretty graphic novel art style, with each scene presented as a painting, but As Dusk Falls plays similarly to a Telltale adventure or Supermassive’s Dark Pictures Anthology – just without the parts where you walk around. You make big and small choices to navigate every scene, and the consolidation of consequences will spin your own version of the story.

It’s pretty clear that everyone in As Dusk Falls has gone and done bad things, but their murky pasts are carefully teased out over seven or so hours of edge-of-your-seat drama. Every scene is a tension-filled treat, and as I made my way through the intertwining stories of the families, making panicked choices that propelled them in surprising directions, I couldn’t help becoming engrossed in their touching tale.

I didn’t realize how hooked I was until the end drew near. Anxiously avoiding any choice that could spell death, I became desperate to spend just a few more minutes with each character. I was smitten, hanging on every word, and hoping for happy endings all around. Of course, someone had to ultimately pay for this messy mountain of crime, but my final moments playing were spent guessing which dialogue option would lead to another scene, eager to have just a few more minutes in this world.

The flatulent flow of Trombone Champ might have made the Internet rounds a couple of months ago, but the music never stopped in this house. Tearing it up on the trombone, tootin’ to tunes like the national anthem and that one song from the Nutcracker, is hilarious and simple.

That simplicity might be why its become such a mainstay, as you only need to wiggle the mouse and whack that spacebar to play notes as they scroll across the screen. Everyone can get involved. Everyone can toot. And, when you botch a note and let out a squelcher, everyone can laugh. Ace Alice0 said back in September“the worst-case scenario is making fart noises, and fart noises are funny”.

Trombone Champ feels like a true RPS game at heart. It’s funny, but also has devilish secrets. Like, there is literally an imp who stands on a pentagram as their eyes swirl with chaos. Very RPS. It also has a wonderful sense of community creativity, with a whole whopping spreadsheet of custom songs to be found on the web. You can toot to The Strokes, Paramore, Taylor Swift, Rick Astley, and even Liz Truss’ resignation speech. Everything’s better with fart noises! Trombone Champ deserves to become a staple of internet culture for that reason alone. When the robots rise up and the world comes to an end, I just hope that I can toot along to their victory speech.

I adored the original Warzone back in 2020, despite the fact that, according to my summary email, I only ever got two wins. It felt grounded and gritty, with the punchy gunplay that Call Of Duty does so well. The Gulag and squad buybacks made it slightly less punishing than alternatives. The pacing was perfect, with loadout drops and contracts giving you something to always work towards, even when enemies were few and far between. It was brilliant, and I played every night.

Why am I going on about Warzone in a bit about Warzone 2, you ask? After the original collapsed under the weight of Cold War swear Vanguard weaponry, all seemed lost. The shift from Verdansk was a killing blow, as I struggled to find my feet on the new Caldera map. My time with Warzone seemed to be at an end. And then along comes Warzone 2, which feels just like the original in its heyday. It somehow recaptures the essence of Warzone back in its prime, and I think that’s largely thanks to Al Mazrah.

The new map seems less vibrant than Caldera, and that makes the environments much easier to read. You can scan for enemies while on the move without needing to strain to spot them among the foliage that was so common in Caldera. It also has more open areas that are void of greenery altogether, which makes movement feel dangerous again. Sure, that might make it easier for snipers to pick you off from their rooftops, but there are also plenty of dense, urban areas that favor close quarters combat. Al Mazrah has something for everyone, and I’ve loved finding familiar patterns in this new space.

That doesn’t mean it’s identical, of course. Loadout drops are now confined to strongholds, making them much harder, but also more rewarding, to retrieve. The circle splits into multiple zones during a match, before coming back together for the finale. The Gulag is now a 2v2 battle, riffing on the popular Gunfight multiplayer mode. These changes feel minor, though. They’re fun tweaks to the formula, but this is still undeniably Warzone, and I’m glad it’s back.

Lil Gator Game is a late addition to my honorable mentions list, but it’s well-deserving of a spot. It’s a cozy adventure reminiscent of A Short Hike, in which a slimy alligator runs, swims, skates, and glides around an island playground. They’re on a quest to make a fun game so that their big sister will feel tempted to join in, and it’s all about finding joy and making friends. It’s also the first best best that I’ve given on RPS, so hopefully that helps you see just how fond I am of this lovable croc.

Lil gator and their anthropomorphic animal pals are an awkward bunch of kids who are out to have fun in their own way. One of them likes to dress up as a vampire and spend all of their time in a cave (hello, me), while others hang out at the water park and slouch around because they are the cool kids. There’s one dude who either pretends to be invisible, or actually believes it for real. Either way, they won’t budge one bit. They are invisible, but also absolutely not. I played along anyway, pretending that I couldn’t see them. It was cute, silly, and very funny. That sums up every conversation in Lil Gator Game, but I wouldn’t want to spoil the priceless punchlines here.

As you run around and make friends, Lil Gator Game does everything it can to promote relaxation. It splits up the greenery with warm splashes of yellows, oranges, and reds, giving the playground a cozy autumnal vibe. As you climb trees and scale mountains, the distance fades into amber ripples, simultaneously making me want to explore further and simply sit to soak it all in. The melodic music stays at a comforting level, never peaking to evoke a dramatic reaction. The world is calm, and playing in it feels like snuggling up in a fluffy blanket. It is pure happiness.