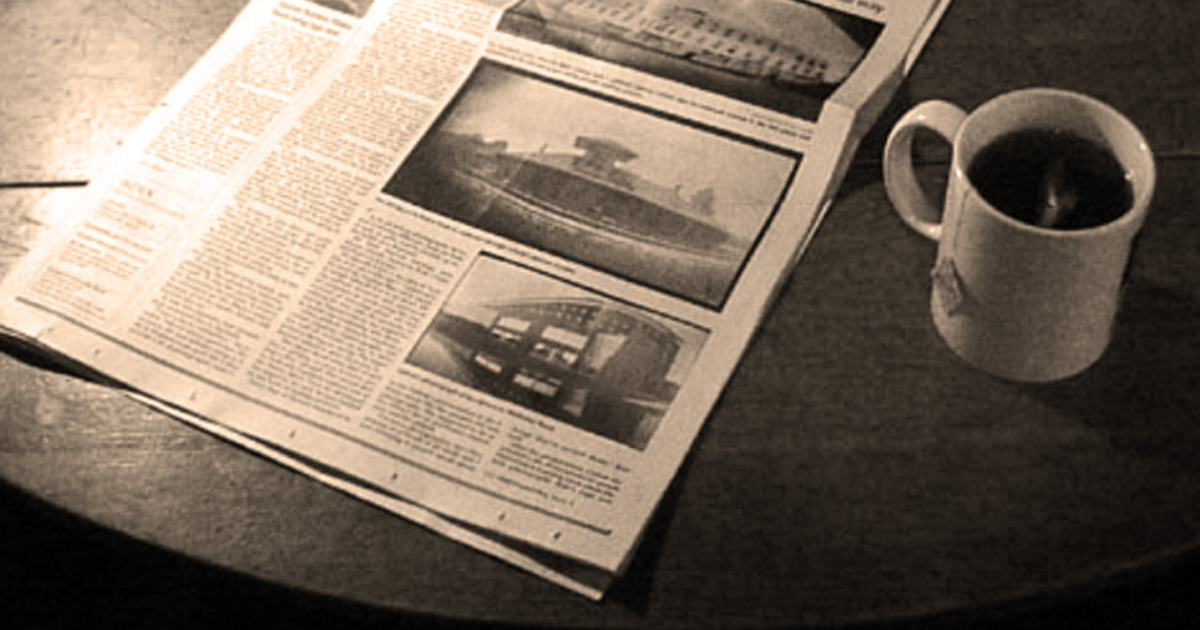 The Sunday Papers is our weekly roundup of great writing about (mostly) videogames from across the web.

Sundays are for angling your umbrella so the wind doesn’t turn it inside out. Before you duck, let’s read this week’s best writing about games (and game related things).

Over on NME, Edwin Evans-Thirlwell chats with game developer Xalavier Nelson Jr. on the “two realities” fighting for the industry’s future. Evans-Thirwell chats to Nelson Jr. about the availability of creative tools battling against a “crushing climate” of “risk-taking and conservatism”.

Disclosure: Xavier Nelson Jr. has written articles for RPS over the years, but this has no bearing on his appearance in the Paps.

“There are certain games that do not work well with a live service schedule, certain games that shouldn’t have a budget above $100,000, because at that point, you dilute the magic or put pressure on the design that it does not operate well under ,” Nelson Jr. observes. “I find those production factors fascinating – change the conditions in which you make a thing and you change the thing you make. That’s common sense for any other medium. But in games, I don’t see this truth acknowledged quite often.” Instead, players draw false equivalences between, say, God of War and a multitude of otherwise dissimilar action games defined as ‘God of War killers’, or between games sold via the Early Access model and traditional, ‘when it’s done’ releases.

Robert Purches wrote about how A Plague Tale came back from the brink for Eurogamer. Purchese chats to developers Asobo about A Plague Tale’s unlikely beginnings, disastrous mock reviews, and comeback trail.

Still, though, the rats – as part of the game idea – weren’t there. Asobo knew it wanted to show the plague but the original idea was to depict it in more fantastical ways, in miasma clouds or floating things the player would shoot with Amicia’s sling and destroy – the sling was always part of the pitch, for some reason ( “I don’t know why actually”). These miasmas would have weak points that you shot with fire, because alchemy was another idea the team knew it wanted from the beginning, and it all seemed very video gamey, and generic – and the team hated it. “It’s one of those game design ideas that seems super evident and obvious when you are thinking about it, and then you try it and you’re like, ‘No – no, we are destroying everything.'”

On Polygon, Elias Badra wrote about how playing Street Fighter made them a better piano teacher. Badra’s piece also draws comparisons to learning a new sport, or new skills within a sport you’re experienced in, as well as harnessing your highest performance level at a tournament.

This is a simplified version of the process, but even at higher levels, it’s more or less the same. When working on a difficult passage, we want to focus on small chunks until they become single musical “units,” and then combine those together. Similarly, when working on a longer combo, we start with small pieces that are relatively easy to achieve. So, once you’re able to perform the Ryu combo described above, you can start adding to it on either end without your brain having to struggle through an overwhelming list of inputs.

For Game Developer, Gita Jackson wrote a quick piece on how Dwarf Fortress and Rimworld tell radically different stories. An interesting look at how both differ from each other in terms of what they strive to be.

Dwarf Fortress, by contrast, does not have a storytelling engine in the same way. There are events, but they’re not as scripted as the ones you get in Rimworld. You might get a goblin siege every winter. Or, the closest goblin civilization might be too far away, and you never get one. Or you might start your fortress in a place that has a dragon in it, instantly incinerating all your dwarves. The frequency and difficulty of these events depend much more on the world that you generate at the beginning of the game than the game trying to create moments of drama for you. Dwarf Fortress doesn’t need that help—the world is so complex that mind-boggling story moments kind of just happen.

That’s it for this week folks, have a great weekend!