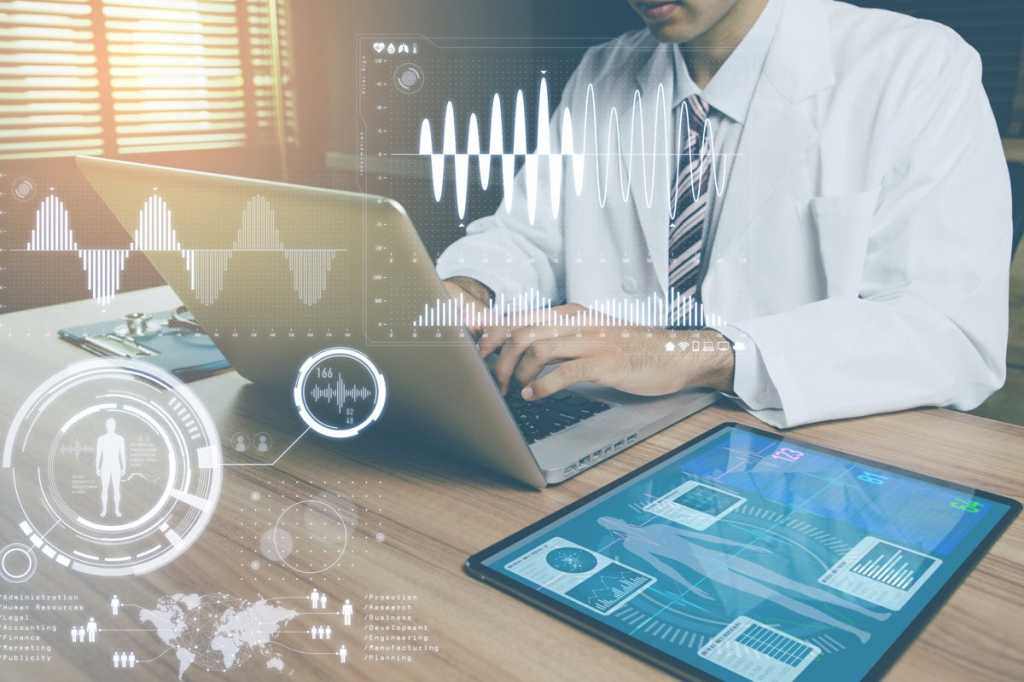 University Hospitals of Leicester NHS Trust is one of the biggest and busiest NHS Trusts, routinely treating over 750 patients a day in emergency departments, employing 15,000 staff and serving roughly a million residents in Leicester, Leicestershire and Rutland, and millions further afield. The Trust is a specialist for treatment and services in cardio-respiratory diseases, ECMO, cancer and renal disorders.

IT is therefore imperative to the running of a Trust across three hospitals, Leicester Royal Infirmary, Glenfield Hospital, and Leicester General Hospital, from treatment plans and informing patients of results, to supporting clinical decision-making.

With patient waiting times on the rise, CIO Andy Carruthers has turned to Device-as-a-Service (DaaS) from NTT Data UK to improve staff and patient experiences as well as cost management.

DaaS delivers virtual applications and desktops from the cloud to any device, with NTT Data UK designing a solution for updating UHL’s IT infrastructure which would be rolled out in phases. The first phase focused on overhauling the hospital’s underlying infrastructure and rolling out the first 6,000 new devices.

The onsite NTT DATA UK were responsible for image creation and deployment, physical assessments and consultancy deployment, and the connection of new technology. The firm also removed the Trust’s old equipment and provides asset management and business-as-usual (BAU) support.

In addition, the partnership, which has seen the Trust’s existing applications repackaged to run on Windows 10 on the new devices, sees NTT Data UK take control of patching as part of its support service.

Moving from CAPEX to OPEX

Carruthers said the project came about under familiar circumstances for healthcare CIOs.

“We’re in a position where we had devolved IT budgets into clinical teams, and the idea that prioritising investment in new IT equipment or updating computers was being balanced against the day-to-day pressures of managing operational clinical teams,” he says .

“That’s quite challenging for those people to do … so we looked at it and were thinking we need a different approach here.”

That new approach was to move away from a big capital expenditure (CAPEX), which often ended with big spikes and peaks in demand and an uneven estate of newer and older hardware. He saw DaaS as a way of moving to a more comprehensive, systemic, and sustainable model for refreshing the hardware estate, while upgrading thousands of devices to Windows 10, improving log-in times, enhancing financial security, and staggering outlay.

“The goal around the device-as-a-service (DaaS) conversation was, first of all, to modernise our end-user computing estate,” he said, citing the hospital’s older devices, slow log-in times, variability of clinical applications and poor staff experience.

“We then have the drivers around cybersecurity, and actually needing to do that modernisation piece as well.”

As the University Hospitals of Leicester NHS Trust investigated how they would invest and deploy the devices over an 18-month to two-year period of work, there was a focus on the ongoing support model and how they could “spread some of the financial impact of the .”

Carruthers wanted to move towards a model based on incremental operational expense (OPEX). However, revisions to IRSF 16 accounting standards meant the incremental investment was not quite as first imagined.

The move to DaS, and the extended contractual agreement with NTT Data UK, is part of a broader digital transformation underway at the Trust, attempting to digitise workflows, improve efficiency, and become more patient-centric.

“Having a robust and reliable end-user estate, whether that’s mobile devices, PCs, laptops, Wi-Fi or networking, is a key foundation for anything else we do around digital transformation,” Carruthers says.

“We’re on a program of work to increase our use of digital technology in healthcare,” he said. “As a bigger teaching hospital, we’ve got a drive to move away from paper records and make sure as much as possible we’re digitizing those workflows.”

“There’s a huge opportunity for us to deliver services definitely and digital is an enabler for that. It’s not just about putting new technology out on the wards.”

UHL has had an issue around waiting times, which technology can help to resolve. At Leicester’s hospitals, the average waiting time is 19.5 weeks, with only 47.4% of people waiting fewer than 18 weeks.

There were 111,008 people on the waiting list at the end of January, including 16,274 who had been waiting more than a year and 1,947 for more than two years. That means more than 50,000 patients are waiting beyond the Government target time within which they should have received treatment.

“We’re one of the areas that have got a real challenge with our electric backlog following the COVID-19 pandemic,” Carruthers says.

He sees data advances as helping clinical teams, from leveraging data analytics and AI to help with the prioritisation of the backlog to making sure clinical and theater capacity is being used efficiencies. On infrastructure, there’s the ability for clinical staff to access information and services from anywhere via VPN, or to deliver different services through virtual appointments which expedite timeframes and “speed up our ability to get the patient from a waiting list to being in a theater for a procedure.”

“I think there’s a role for us to play in terms of just being the general enabler for the technology in the process. And then deliver, our focus is shifting to … how can we we some of those services differently?”

As examples of the latter, Carruthers’ IT team is working on projects to get digital consent, conduct pre-operative checks and provide information well ahead of procedures, all the while being aware of digital inequity and literacy.

“It’s giving our clinicians better and different tools and options to do their jobs,” he says. “The backlog recovery is challenging, and it will take us…additional capacity and time to work through that. But actually, there are ways in which the technology can help.”

Carruthers says that the last two years have been about transformation through the ‘necessity of Covid-19’. The NHS Trust migrated to Microsoft Teams within a month, with this having previously been a 6-9 month project, while extra laptops were issued to staff. New equipment was provided to clinicians and in consultation rooms for virtual outpatient appointments.

Carruthers admits that refreshing IT has been akin to “changing the engines on an aeroplane while it’s still flying”, and he’s also dealing with heightened expectations.

“Managing expectations is a challenge … everybody wants everything tomorrow,” he says. “But I would far rather be managing people’s expectations, knowing that we as an IT service are trusted and they’re bringing us in because they know we can help.”

“For me, it’s about having that dialogue.”

There is, he says, an “inclination” for clinical teams to ask for more but he’s using that to his advantage – with clinicians now working alongside IT and digital initiatives no longer seen as an IT-driven thing.

“It’s actually our clinicians leading the changes and coming up with the ideas,” he says. “It’s back to us being an enabler.”

“What’s keeping me awake at night is the balance,” he says, “between driving the new agenda forward…versus our need to continue with our modernisation agenda…and keeping those foundations up to date.

“It’s part of my job to make sure we’re doing both; We could stand still and spend all our money on investing in new servers and new networking, but actually, that isn’t taking us forward on our digital maturity.”